With Wuite we have an ally, says Besaril 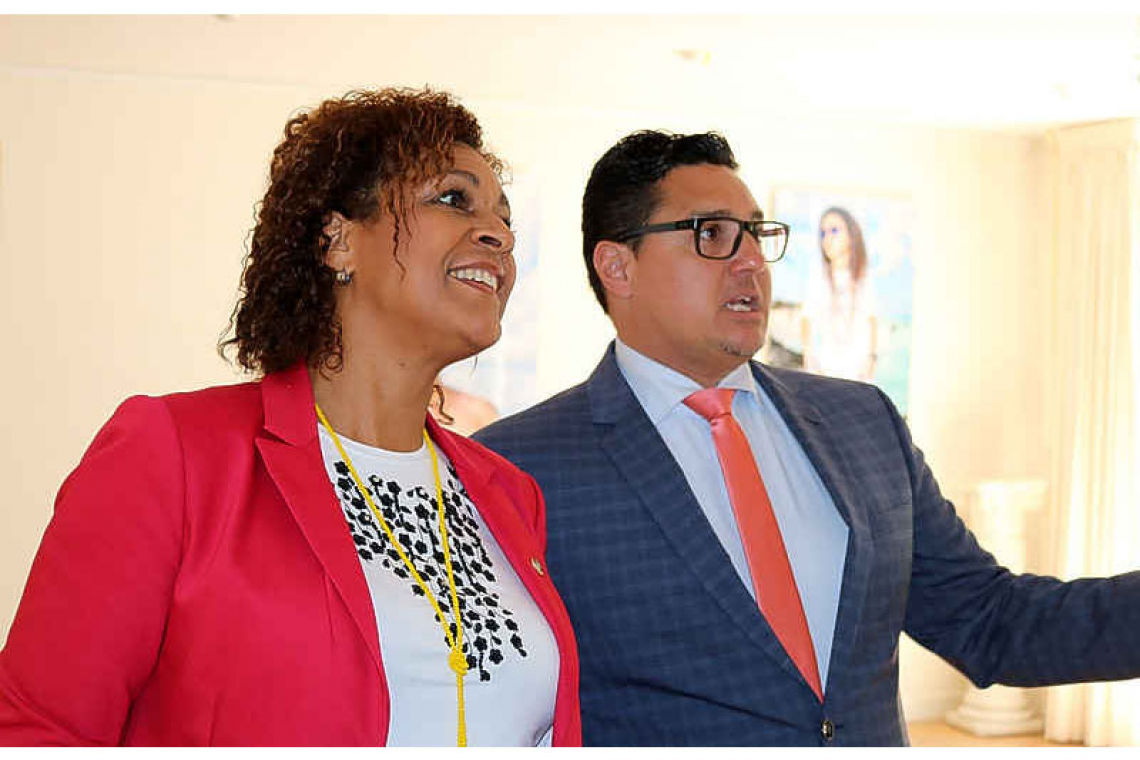 Member of the Second Chamber of the Dutch Parliament Jorien Wuite (left) with Aruba’s Minister Plenipotentiary Guillfred Besaril at the time that they were colleagues. (File photo courtesy of the Aruba House)

THE HAGUE--On Wednesday, Aruba Minister Plenipotentiary Guillfred Besaril congratulated and praised his former colleague, newly-elected Member of the Second Chamber of the Dutch Parliament of St. Maarten descent, Jorien Wuite. “We now have an ally.”

Minister Plenipotentiary Besaril, on behalf of the Aruba government and the cabinets of the ministers plenipotentiary of Aruba, Curaçao and St. Maarten, congratulated Wuite on her installation in the Second Chamber on March 31.

Wuite, who represents the Democratic Party D66 in the Second Chamber, is a former Minister Plenipotentiary of St. Maarten, and as such a former colleague of Besaril. “The fact that she got elected to the Second Chamber is not only important for the islands, but also that she represents D66 in the Permanent Committee for Kingdom Relations,” said Besaril in a press release.

“We now have a person with true knowledge about the people in the Caribbean and what the islands are about, a person with whom we have sat in many meetings as a minister plenipotentiary. This is important because Jorien Wuite knows the issues. We now have an entrance with a person of whom we can say she is truly one of ours. We have an ally with her in the Second Chamber,” said Besaril.