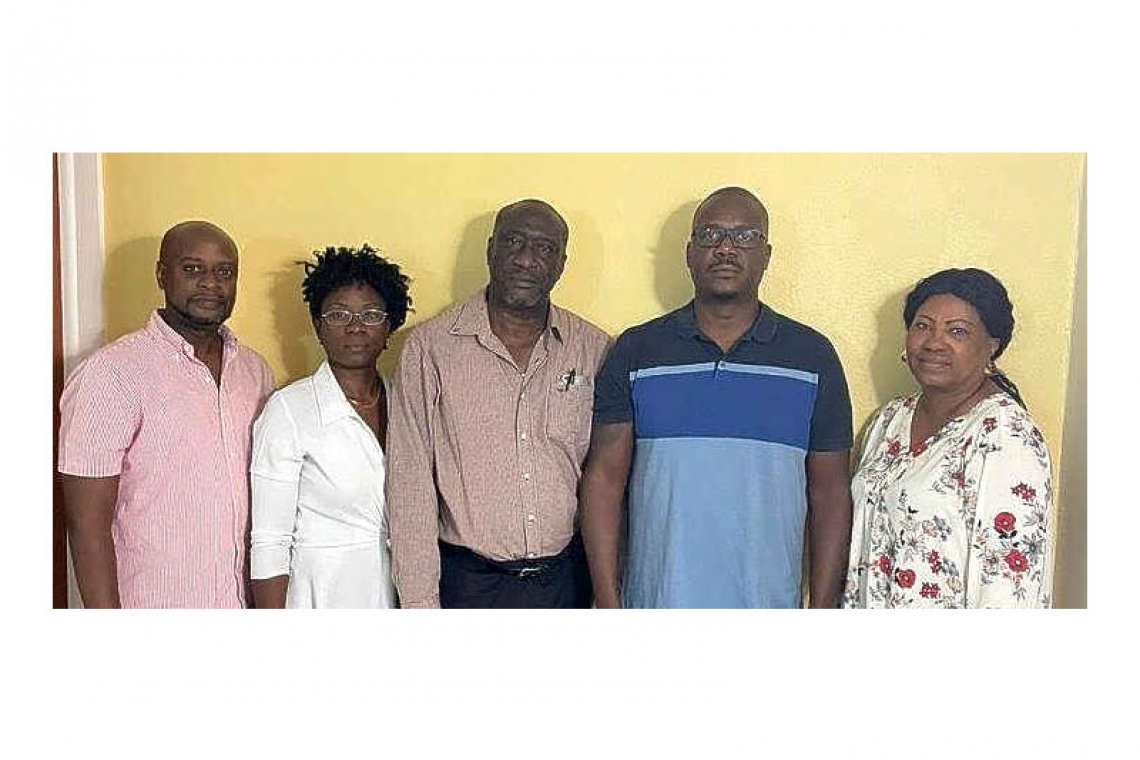 PHILIPSBURG--The board of the United St. Maarten Party (US Party) will be seeking further clarification into what it deems as a serious constitutional issue, after both of its Members of Parliament (MPs) Claudius Buncamper and Akeem Arrindell declared themselves independent, leaving the party with no representation in Parliament.

The board recently met with scholar of Comparative Government and Politics Julio Romney, who it said, “has also publicly considered the latest developments as a constitutional crisis.” The discussions between the US Party board and Romney centred on the analysis of proportional representation as detailed in the Constitution and the electoral law. Both the Constitution and electoral law speak to the allocation of seats in Parliament to the party list, and not individual candidates, it was stated in a press release.

The allocation of seats to the party list is based on the proportion of votes the party list receives. US Party received 1,762 votes in the 2020 Parliamentary Elections. The number of votes necessary for a seat was 889. “In essence, the two MPs combined did not even meet the quota for one seat.” The US Party received two seats, “these individuals did not accumulate enough votes to represent half of seat. The US [Party] board questioned who holds the seat according to the Constitution, who are the independent Members of Parliament representing? What portions of the population are they representing, based on their numbers? Who holds the seat according to the Constitution? Is it the party or is it the individuals?” president of the US Party board Cecil Nicholas said.

“We also questioned how the Electoral Council recognises independent members of Parliament, given the fact that the electoral law that governs the electoral council only recognises or speaks to Party list, it does not recognise individuals. Parliament has recognised the individual MPs as factions, but the seat, according to the electoral laws, belongs to the party list, and if the party should be represented based on the seats awarded, then what does that say to the fact that the key principle of a parliamentary system is supposed to be the party,” Nicholas added.

He said, following the discussion with Romney, the party will consider the next steps in its efforts to finally obtain answers to questions that the public and various factions have asked over the years. “Bottom line is individuals contested the elections on a cohesive party platform. The 1,762 people that voted for the US Party expected representation because they believed in [the] US [Party] and its platform of ideas and initiatives. Selfish actions that leave voters unrepresented cannot be what was intended through the Constitution,” Nicholas concluded.