Dutch US $1.5M loan for WINAIR 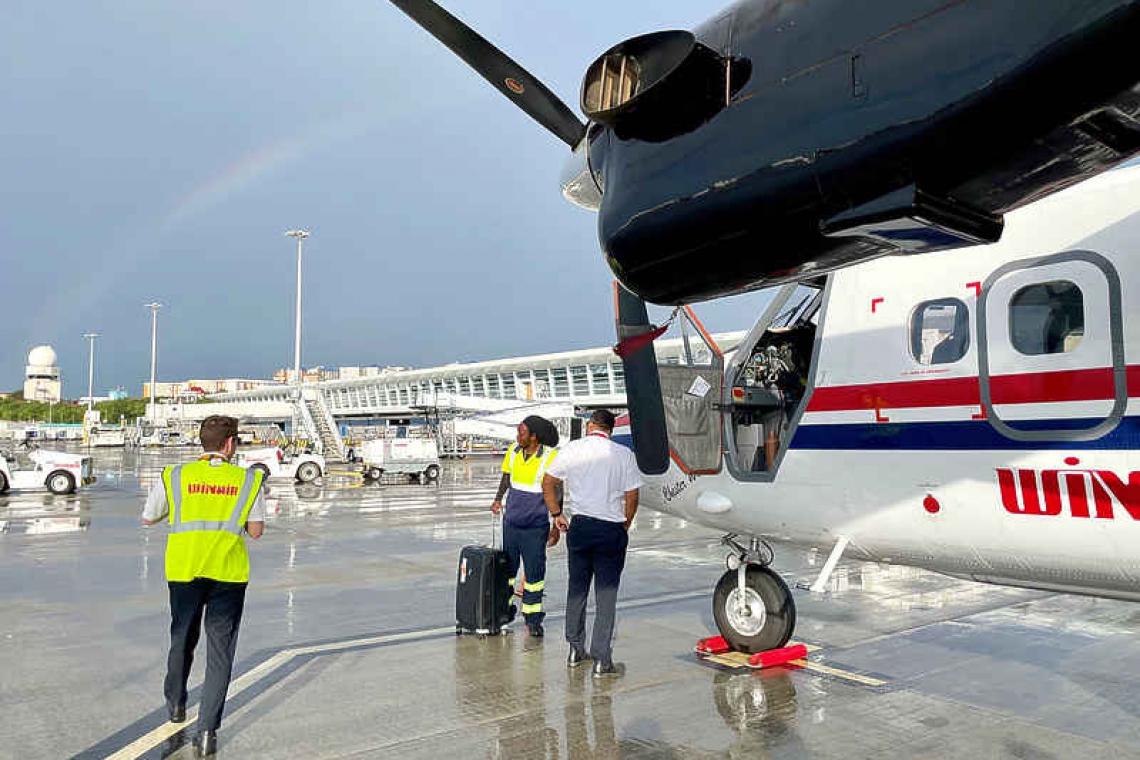 THE HAGUE--The Dutch government is giving Windward Islands Airways International WINAIR another loan of US $1.5 million, Dutch caretaker Minister of Infrastructure and Water Management Barbara Visser announced last Friday. In the long term, the Dutch government will sell its shares in the airline.

The continued COVID-19 pandemic and the problematic financial situation of WINAIR was the reason for the Dutch government to increase the US $3-million mortgage loan of December 2020 by US $1.5 million.

The total amount is equal to the auction value of the collateral, WINAIR’s real estate property at Princess Juliana International Airport, the main office and hangar. The repayment term of the mortgage loan has been adapted from the earlier 18 months to three years, with the possibility of extension to six years per December 31, 2020.

In a letter she sent to the Second Chamber of the Dutch Parliament, the minister assured that the increase of the mortgage loan to US $4.5 million was not the same as state support. “I chose explicitly to not grant the financing need of the company and to contribute to a restructuring,” she stated.

According to the minister, the Dutch government is of the unambiguous opinion that it is up to country St. Maarten to weigh the interests of its national airline, and to decide whether to provide support or not. Country St. Maarten owns 92.05 per cent of WINAIR’s chares. The remaining 7.95 per cent is owned by the Netherlands.

An evaluation of the participation of the Netherlands in WINAIR has shown that this is not the most suitable instrument to safeguard a regular and affordable connectivity with St. Eustatius and Saba, which are part of the Netherlands. The evaluation, carried out by the Aviation Directorate of the Ministry of Infrastructure and Water Management, has found that the ticket prices are too high and that the frequency is insufficient.

Because the state participation as an instrument has proven insufficient to safeguard the public interest, the minister said she would dispose of the shares in WINAIR as soon as she could deploy another instrument. As stated in the articles of association of the company, the Netherlands will first offer the shares to the other shareholder, country St. Maarten. It concerns 10,000 shares with a nominal value of US $560,000.

“The increase of the mortgage loan to WINAIR should be seen as an intermediate solution for the short term in anticipation of an instrument with which I can guarantee the connectivity in the long term,” stated Visser, who announced that an assessment was being made of a Public Service Obligation (PSO) on the routes between St. Maarten and Saba/St. Eustatius.

“A PSO offers the possibility to set conditions as to the level of ticket prices and the frequency of flights. It also is an instrument that offers equality to airlines within the kingdom, which can compete on said routes.” Details of this assessment of using a PSO will be announced at the end of 2022.

According to the evaluation, WINAIR is in dire need of financial support since Hurricane Irma in 2017 and the COVID-pandemic have pushed the airline’s solvability ratio and the equity capital into the red. “Without support, the company will go bankrupt in the near future.”

The masterplan, which should be ready by the end of this year, will detail the possibilities of hybrid-electric flying in the Caribbean in the form of a route map which local parties can use to further work out electric aviation in the Caribbean.