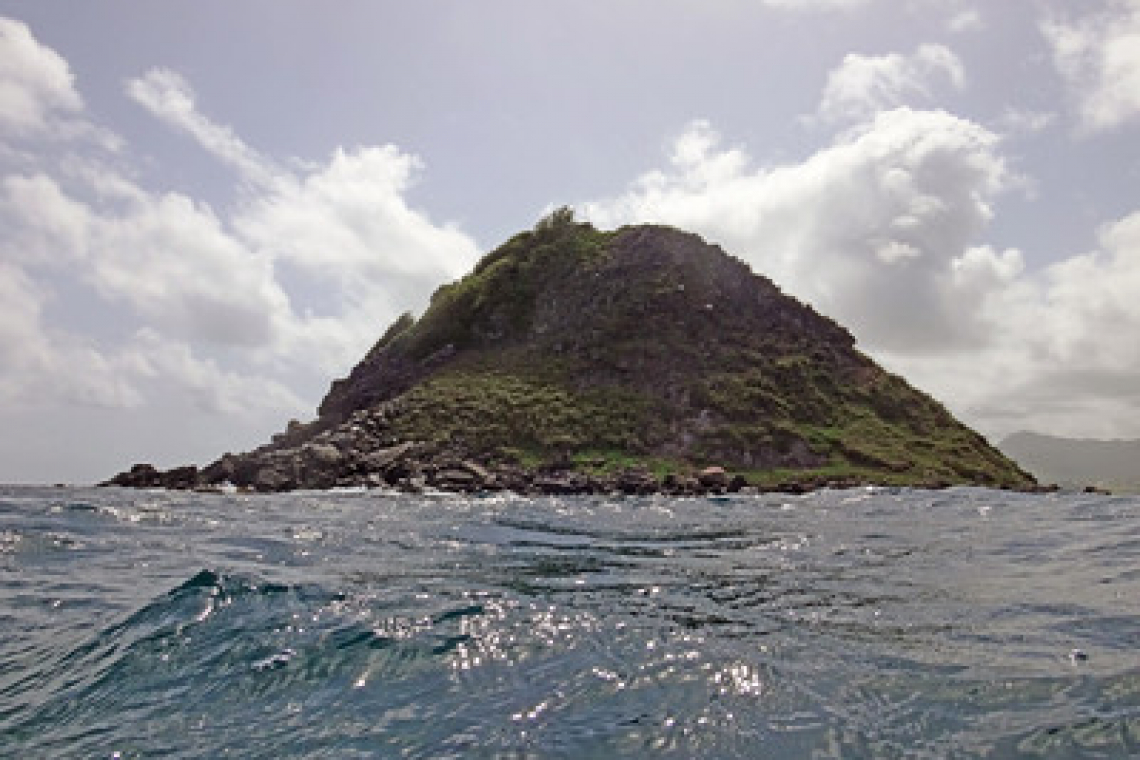 Booby Island in The Narrows channel between St. Kitts and Nevis.

PHILIPSBURG--A female student said to be from Texas and attending Ross University School of Veterinary Medicine in St. Kitts, was attacked by a shark near Booby Island in the Narrows, on Saturday morning, and has undergone emergency surgery.

St. Kitts and Nevis Marine Resources director Marc Williams confirmed to The Daily Herald Sunday evening that the victim and another female student were swimming and kayaking near Booby Island when the incident occurred. The other student was unharmed, but severely traumatised by the attack.

The two students were rescued by the Coast Guard and the victim was transported to Alexandria Hospital in Nevis, the medical facility nearest to where the accident happened. Williams said circumstances surrounding the attack are not clear until the other student can be interviewed.

He said reports that the student’s leg had to be amputated were not true and that surgeons were doing their utmost to save her leg.

“The Marine Resources Department has asked the doctors to see if they can take a DNA swab from the leg in order to identify the type of shark to see if it is the same species that caused the death of the female tourist in December in [French – Ed.] St. Martin,” Williams added.

The Department of Marine Resources has noted an increase in shark activity in the marine waters of St. Kitts and Nevis and issued a cautionary advice to citizens and residents.

Williams explained the advice is based on a report of two sharks sighted chasing a stingray in October 2020, just three miles away from Saturday’s incident involving the student.

This is the second accident involving a shark and swimmer to be reported in this immediate region. A French tourist was fatally injured by shark bites in St. Martin while swimming in Orient Bay on Thursday, December 10.