UP considering candidates for Panneflek’s replacement 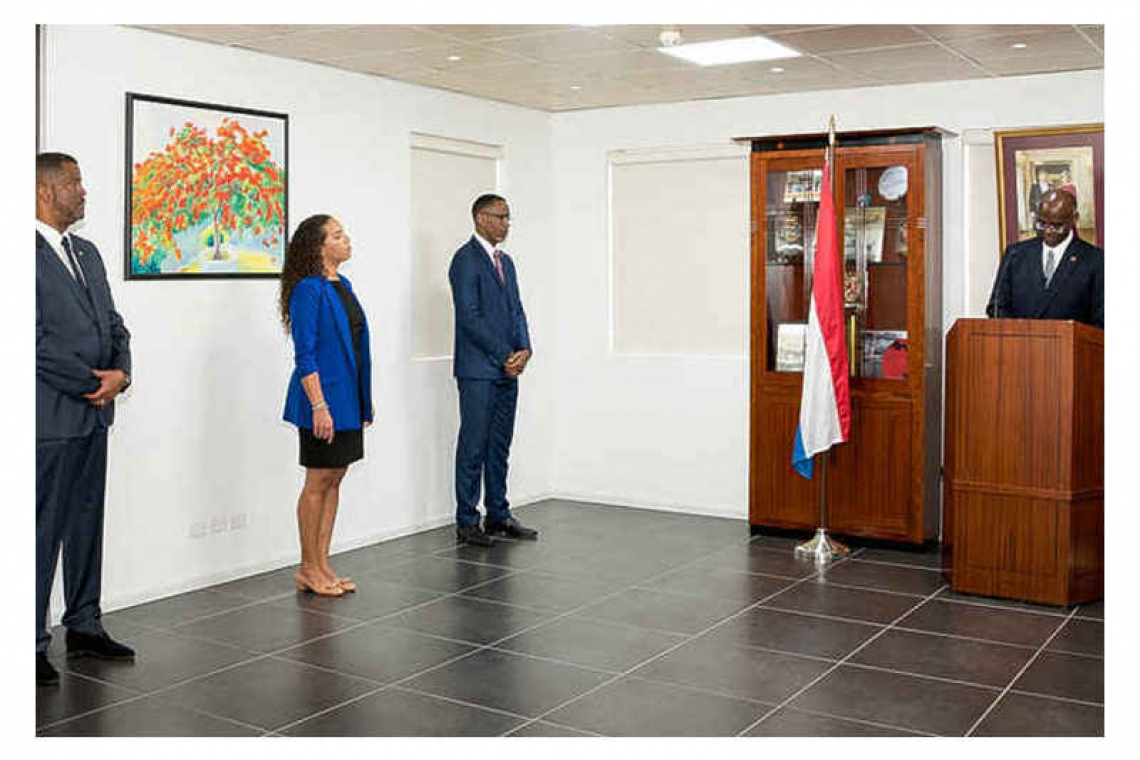 Panneflek is not being dismissed, but instead being moved to the vacant post of Deputy Minister Plenipotentiary.

Brison told The Daily Herald on Monday night that Panneflek’s appointment as VSA Minister was intended to be a temporary one, as he was originally slated to be Deputy Minister Plenipotentiary in the new coalition.

Current UP Member of Parliament (MP) Omar Ottley was being considered for the VSA Minister post, but he has now pulled back and decided to stay in Parliament. Panneflek was thus buying time for Ottley to take up the ministerial post.

“[Panneflek – Ed.] was holding on, that is no longer the case, for Omar, so now he is going back to what he originally was tasked to do,” said Brison.

Brison said the party currently does not have a preferred candidate for VSA Minister. “We’re evaluating [candidates], and we will go from there. We need to look within the party,” he said.

Brison denied the rumours circulating on social media that he is undergoing screening for the ministerial position. “As of right now, I have not submitted myself for any screening or anything like that yet,” he said.

However, he did not firmly commit to remaining in Parliament. “I am not going to discount the possibility [of becoming a Minister]. Right now, we still have to go through the process,” said Brison. “I am open to the possibility.”

Brison is confident that the transition will be smooth. “[Panneflek] is much needed over there [in the Netherlands]; all the help we can get negotiating with the Dutch in Holland, and with our presence, is much welcome,” he said.

UP party would appoint three ministerial posts under the coalition agreement signed between the party and National Alliance (NA) on January 11. These were Deputy Minister Plenipotentiary, VSA Minister, and Minister of Tourism, Economic Affairs, Transport and Telecommunication (TEATT).

The post of Deputy Minister Plenipotentiary has been vacant since the new coalition took office in March.