Uncle sentenced to three years for stabbing two of his nephews 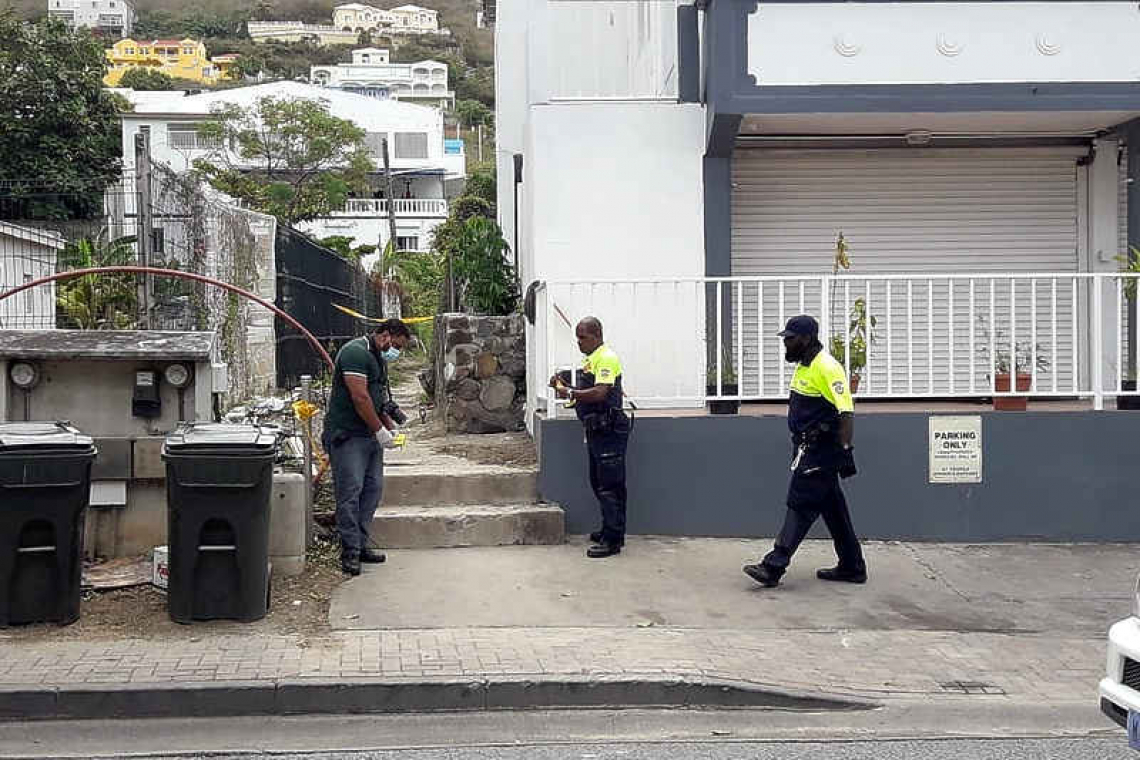 Police collecting evidence at the crime scene. Several blood trails were left on the pavement in the wake of the stabbing on L.B. Scott Road on April 23. (File photo)

PHILIPSBURG--A 49-year-old man was sentenced to four years, one of which was suspended, for committing attempted manslaughter on two of his nephews, the Court of First Instance ruled on Thursday.

Crist Anthony Bardouille told the judge that he did not have the intention to commit these crimes and that he loved his family members.

His lawyer Sjamira Roseburg pleaded self-defence because she claimed her client was suffering of a psychosis and was not himself on the day of the stabbing incident, which took place on L.B. Scott Road near the junction with St. Peters Road, at 10:00am on April 23.

The prosecutor considered it proven that Bardouille had committed two attempted manslaughters by pushing, hitting and punching his two nephews, stabbing one of them in his chest, stomach, neck and mouth and the other in the chest and in his left arm and right finger.

For these crimes, the prosecutor demanded four years, one of which to be suspended.

Victims’ claims for damages were estimated and awarded to the tune of NAf. 5,000 and NAf. 3,000, respectively.

The stabbings stemmed from an argument between the uncle and his two nephews that escalated into a brawl. One nephew was taken to St. Maarten Medical Center (SMMC) in critical condition, but was taken out of intensive care two days later.

The second nephew had a large amount of blood on his white shirt. He took his brother to hospital but returned to the scene still visibly upset. While officers were leading him away, he was yelling loudly, vowing that he would shoot his uncle for the morning’s events. This nephew was also taken to SMMC for further care.

The uncle was first taken to the Philipsburg police station and then to SMMC for treatment, as he had sustained a broken arm and a head injury in the fight. After treatment, he was incarcerated pending further investigation.

Several videos of the incident, which happened in full view of St. Maarten Academy’s classrooms, have been circulating on social media.