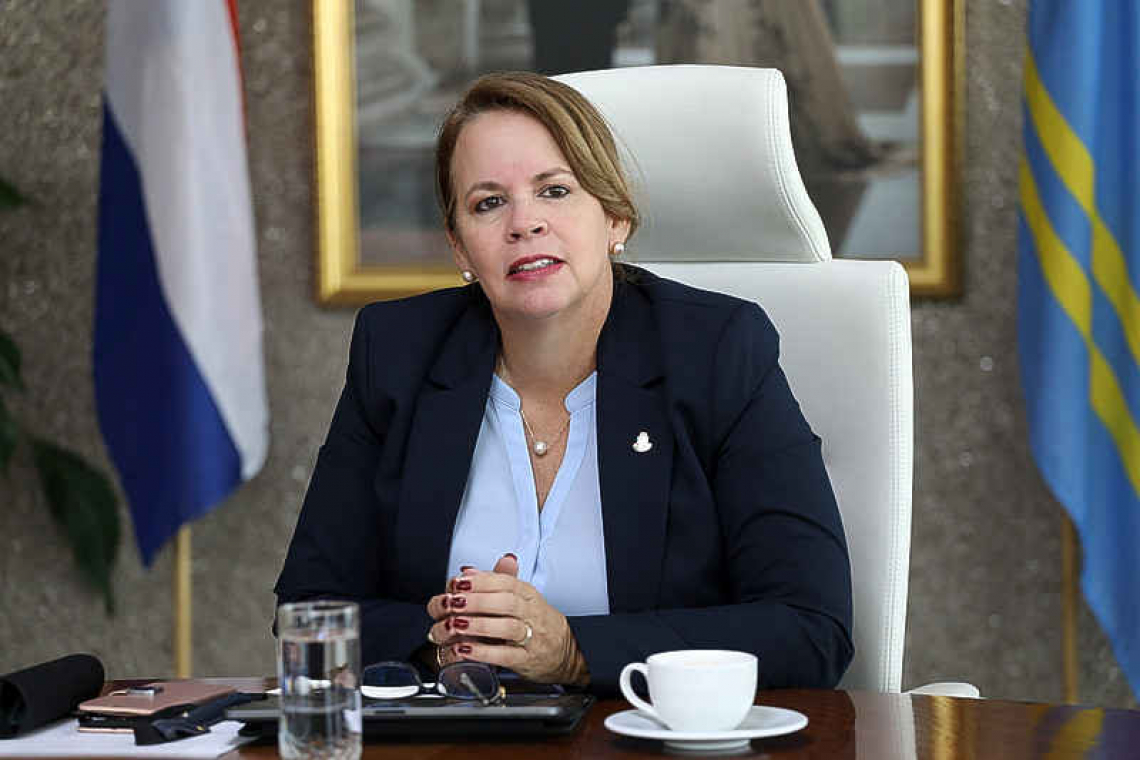 ORANJESTAD/THE HAGUE--Aruba Prime Minister Evelyn Wever-Croes stated in a letter that she sent to the Aruba Parliament on Thursday that the new condition of the Dutch government to prolong the financial supervision protocol without an end term went against earlier agreements.

Wever-Croes objected to the impression that Dutch caretaker State Secretary of Home Affairs and Kingdom Relations Raymond Knops gave in his December 21 letter to the prime ministers of the three Dutch Caribbean countries and his December 22 letter to the Dutch Parliament, that the proposed prolongation of the protocol was not a new condition.

“This is clearly a case of a new condition now that both the allocation of liquidity support and the deviation from the budget norms, despite a positive advice of the Aruba Committee for Financial Supervision, were made dependent on the agreeing to the extension of the protocol,” stated Wever-Croes in her letter to the Aruba Parliament.

On Wednesday, she sent a letter to Knops in which she expressed her surprise at the way things had gone in the Kingdom Council of Ministers meeting of last Friday. In that meeting, it was decided to defer all decision-taking regarding the first quarter of liquidity support for Aruba and the permission for Aruba, Curaçao and St. Maarten to deviate from the balanced budget norm.

Wever-Croes said she found it “inexplicable” that Knops remarked in his letter that Aruba’s refusal to agree to the extension of the protocol put the implementation of the Aruba Financial Supervision Kingdom Law “further out of sight.” She noted that Aruba has made clear that it fully supports the implementation of said kingdom law within a year. “As such, it was Aruba’s desire to extend the protocol by one year.”

According to Wever-Croes, Aruba “never for a moment” said that there could be no financial supervision. “To the contrary. But it was made clear that the signing of a protocol without an end date was in violation of the budget right of the Aruba Parliament, and that this was unconstitutional.”

The prime minister reiterated that Aruba could agree with an extension of the protocol for a transition period. “Up to the last moment, the Netherlands maintained that there can only be a protocol without an end date. It surprises me that the state secretary suddenly indicates that he tried to find a solution through a 3-year extension. This was never directly communicated to Aruba by the state secretary or by his civil servants’ team,” she stated.

“This is the first time that the state secretary confirms in writing that the Netherlands can agree to a 3-year prolongation and that extending the protocol without an end date is no longer a requirement. I am hopeful that we can still arrive at an agreement about the extension period, and subsequently about the allocation of liquidity support and the deviation from the budget norms,” she stated.

Wever-Croes emphasised that Aruba has always fully committed to living up to agreements. “I too hope that through constructive consultations, we can close off this period in a positive manner and work towards a sustainable future.”

In closing, she noted that she hoped that not only the interest of the Aruba people would be referred to, but that The Hague also listened to the pleas of the Aruba people. “I reminded the state secretary of our request to cut back the 12.5-per-cent austerity measure. The workers who have faithfully handed in part of their salary since May 1, 2021, deserve some kind of perspective.”