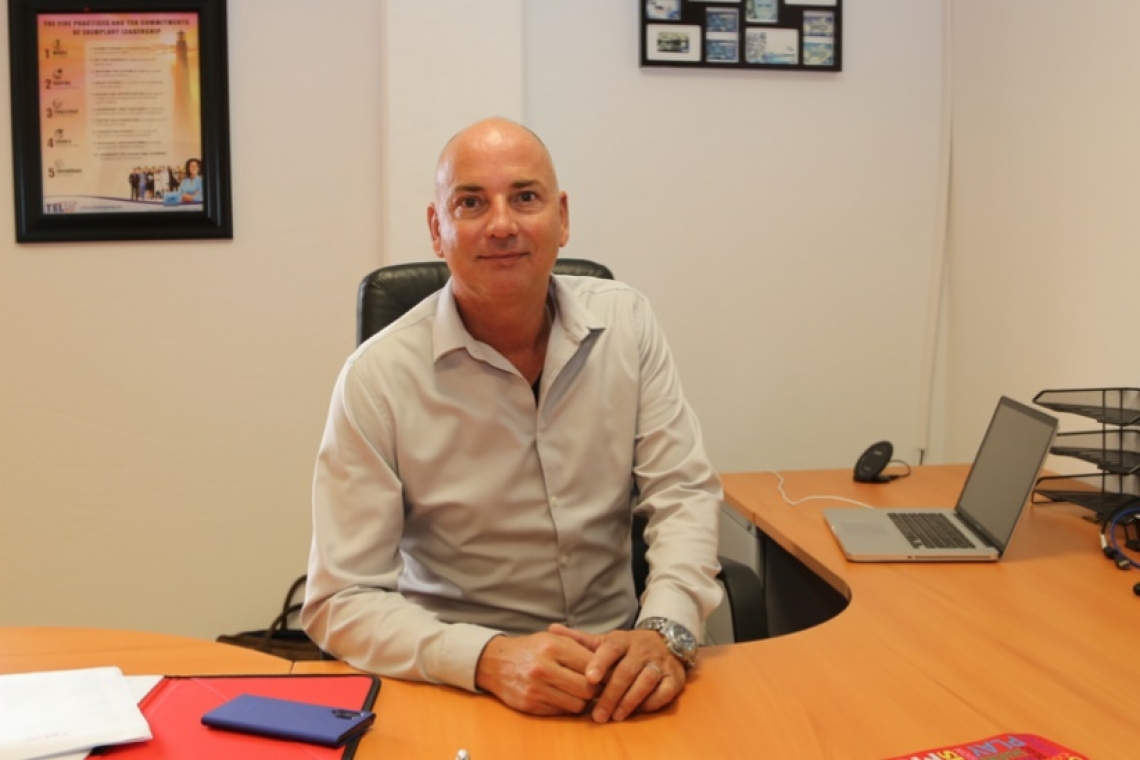 POND ISLAND--TelEm Group said it is taking its corporate citizenship seriously during the ongoing coronavirus emergency.

“TelEm Group’s assistance to the St. Maarten Government and people affected by the current coronavirus emergency has been outlined to telecommunication counterparts in the Caribbean region,” said TelEm in a press release on Tuesday.

The information has been requested by the Caribbean Association of National Telecommunications Organizations (CANTO), based in Trinidad and Tobago; keen to find out what member organizations are doing in their respective communities.

According to TelEm Group Chief Commercial Officer (CCO) Michiel Parent, TelEm Group has been cooperating with government from the outset of the crisis, offering the company’s telecommunication networks to communicate important messages to the general population related to the Coronavirus.

“The Management Team is represented on a communication panel consisting of government officials and other government-owned companies as well as being represented on the Emergency Operations Committee (EOC) by the Bureau of Telecommunications and Post (BTP),” said Parent.

He says amongst the assistance to government and the community is; a free-of-charge emergency number (914) that is being redirected to Government Department of Epidemiology and a free-of-charge “311” hotline for the Mental Health Foundation.

TelEm Group has also provided the opening of an SMS number named CORONA_INFO from which Government can send free-of-charge SMS info messages to residents, production of social distancing billboards placed on strategic locations on St. Maarten and the production of flyers that have been distributed (or are being distributed) to all households on the island in four (4) languages: English, Spanish, French and Créole to inform and educate different groups in the community.

Parent also listed other ways TelEm Group is assisting its customers and the general population by providing; TV channels with regular infomercials about Coronavirus awareness and threats, SIM cards and free credit to all hospital workers on St Maarten and a “Double Data” campaign for Mobile Prepaid users (double the amount of data for the same price).

On top of these measures, Parent said TelEm Group has also decided that the company will not be disconnecting residents from fixed and broadband (Internet) services when the invoices are due, however the company continues to encourage customers who can make payments, to do so online and avoid accumulation of a higher bill in the months ahead.

Parent said the telecommunication services provided by TelEm Group put them in an “essential” category since they are a lifeline from many persons in the community forced to remain in their homes to keep the spread of the Coronavirus at bay.

“We are doing all that we can under present trying circumstances to fulfil our obligations to the community and also to the business that we are in so that together we can all get through this period with as little trauma as possible,” he concluded.