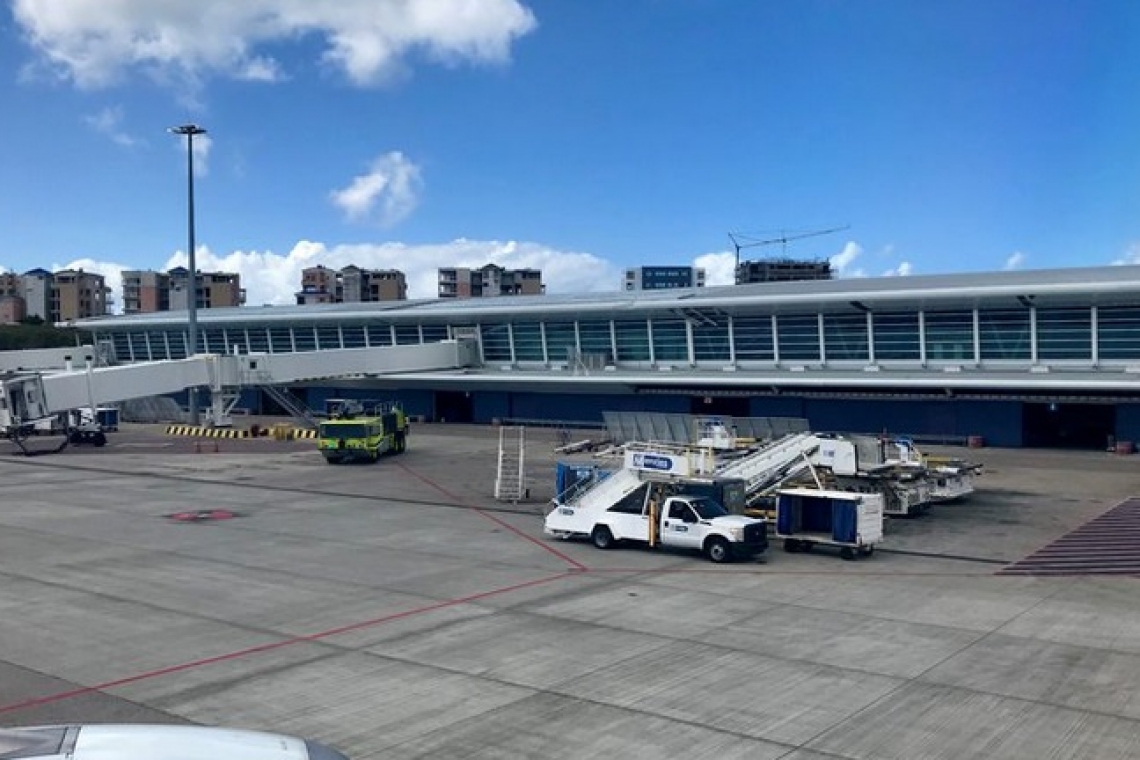 Emergency Operations Center (EOC) Chairperson and Prime Minister Silveria Jacobs told Members of Parliament (MPs) during a meeting on Wednesday – where she provided an update on the COVID-19 situation in the country – that two meetings had been held last week and this week amongst the airport and government on the reopening plans of the facility.

She said the airport presented its plan to the Department of Public Health’s, Collective Prevention Services (CPS) and the TEATT Ministry. A follow-up meeting had been planned for yesterday, Friday, between CPS and PJIA to fine tune some aspects of PJIA’s protocol. The outcome of that meeting could not be ascertained. The airport’s plan outlines the process by which residents and visitors will be allowed to return and enter the country.

She said the TEATT Ministry can elaborate more on this process as the country enters its recovery phase and noted that further research is needed on the best approach.

As it relates to the SMMTA, Jacobs said proposals had been submitted to allow for owners, captains and crew to enter St. Maarten to retrieve their vessels and leave, or remain in the country by adhering to proper quarantine measures. The proposals for the SMMTA were found to be in good order, but some details also needed to be worked out.

Regarding the protocols for Port St. Maarten, this was submitted to the TEATT Ministry, which was discussed with CPS. The ministry has to follow up with all parties to obtain an agreement to present for advice related to the reopening of the borders for cruise tourism. There has been a no sail order by the US government until August, hence priority was given the airport and marine industries over the past week.

In the meantime, TEATT Minister Ludmila de Weever told MPs during a different parliamentary meeting on Tuesday, May 19, that TEATT’s first priority is to prepare the private sector for the opening of the country’s economy in the safest manner. This, she said, entails being prepared to accommodate and receive the country’s largest trade partners, namely the north American and regional markets.

“We have been coordinating with all stakeholders to reopen internationally. The second aspect is [that ­– Ed.] we need national cooperation on all levels, from the political to public and private sector. Going back to our first priority, we need to rebuild what was lost; to bring us back to pre-COVID conditions. That is achievable in the short term.”

She continued: “Then we can move on to the areas that need streamlining to bring us back to where we are attractive to investors as well as visitors. That in turn will create economic growth which leads to job opportunities and to additional revenues, but the mid to long term plan includes the diversification of our economy that is very much supported across the board.

“I want to emphasise that this pandemic is of extreme magnitude, the likes of which we have never faced before. Only together will we overcome this crisis. The cries from certain Kingdom partners is that we cannot do this ourselves. I for one, know that we can and we will. But we can only accomplish this together. If we cannot work together, we will fail not only ourselves, but our country. The stakeholders are reaching out, and are ready to work with us. Let us get it done.”