Statia Island Council gets its points across in The Hague 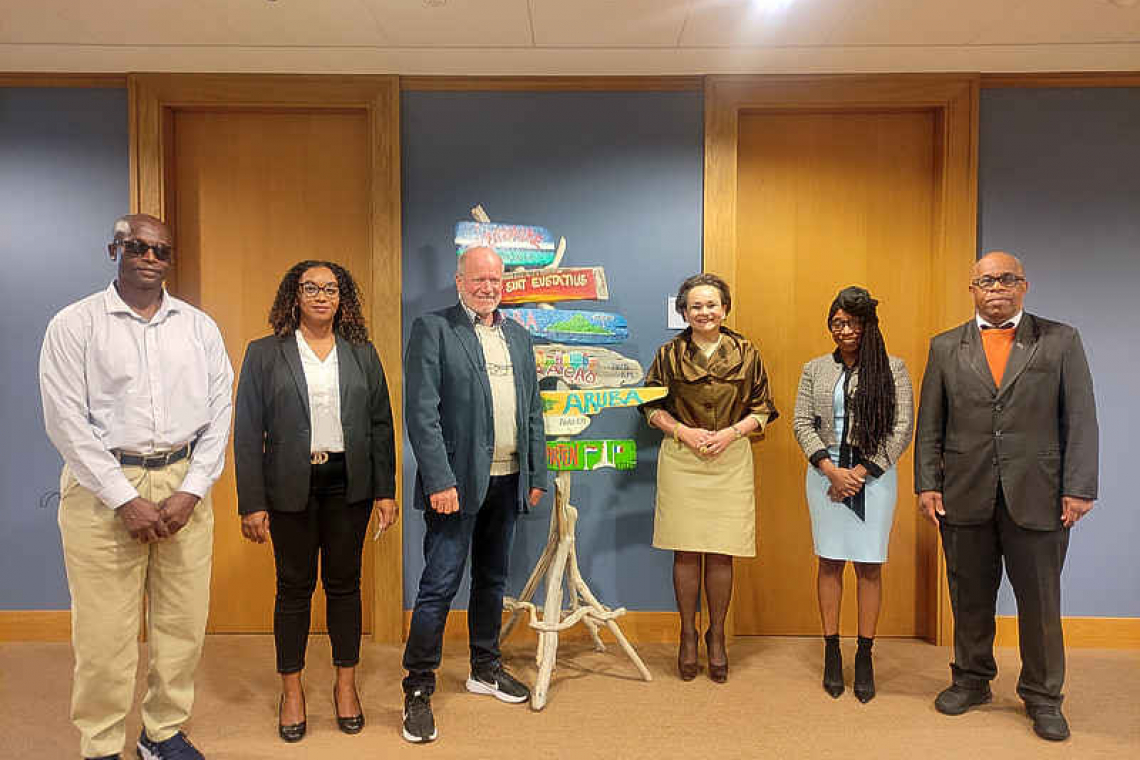 THE HAGUE--The Island Council of St. Eustatius was well received during its visit to The Hague this week and was able to get across its concerns to address urgent matters, and the desire to restore democracy as soon as possible.

The meetings with State Secretary of Kingdom Relations and Digitisation Alexandra van Huffelen and Chairperson of the Permanent Committee for Kingdom Relations of the Second Chamber of the Dutch Parliament Mariëlle Paul on respectively Tuesday and Wednesday went very well, stated the four Island Council members on Wednesday afternoon. 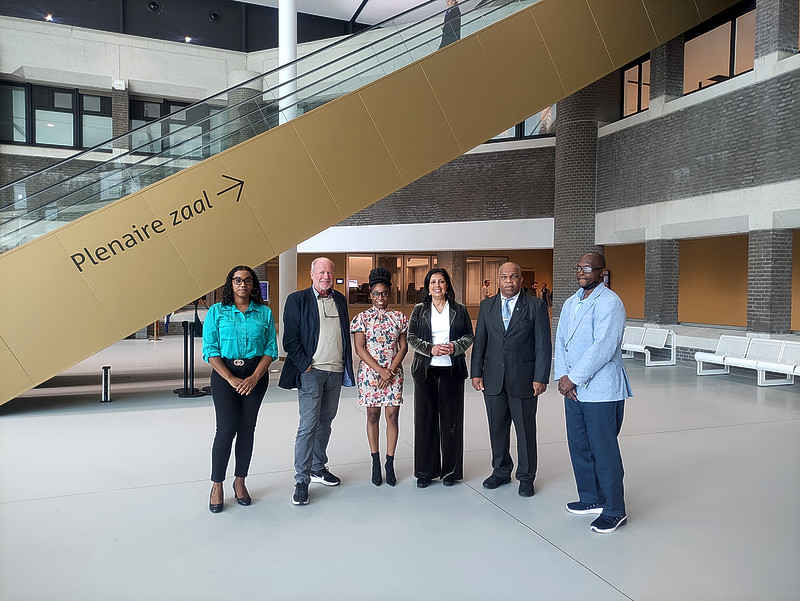 During the meeting with the state secretary, the delegation was able to explain its proposal for the route timetable that was presented on April 1. Without going into details since the mediation is still ongoing, Island Council Member Rechelline Leerdam, who spoke on behalf of the delegation, explained that the route timetable of the Island Council was different and that it has fixed dates in it.

“We still have to go back to the table after the mediation is completed on May 3, but we brought forward our points,” Leerdam said about the meeting with Van Huffelen at the Ministry of Home Affairs and Kingdom Relations BZK.

“We stressed the importance of having the full democratic system back by March 2023. The democratic rights of the Statia people are cardinal. People need to have a government that can speak and act on their behalf. The Island Council needs a seat at the table, not to be mere spectators,” said Leerdam.

Other important topics that the Statia delegation brought forward during the meeting with Van Huffelen included the very limited services of a notary for St. Eustatius and the poor connectivity. Both these matters have been getting worse and urgently need a solution. “The state secretary said she was working on this and we hope to get feedback soon,” said Leerdam.

The Statia Island Council very much appreciated that the state secretary received them. “While she was in Statia, the state secretary said that it takes three to tango. We made use of that to have an in-depth talk. The new approach by this state secretary is very welcome. She is very approachable and understanding of the issues,” said Leerdam.

Chairperson Paul of the Committee for Kingdom Relations was also very approachable and genuinely interested, said Leerdam. The meeting between Paul and the delegation mainly focused on the two Statia-related motions of the Second Chamber, which called for a clear route timetable and to accelerate the process to restore democracy.

“The Second Chamber also finds that it has been taking too long. We are now in the fifth year of the Dutch intervention. It is important that we bring forward our side so Parliament has both sides,” said Leerdam.

Since Paul has only been chairperson for a few months, the meeting also served as an introduction for both sides. Paul will be heading the delegation of the Dutch Parliament delegation that visits Statia on May 3.

Leerdam said the Island Council is looking forward to the discussions with the Dutch Parliament when it visits the island and also with Director of Kingdom Relations/Caribbean Netherlands of the Ministry of BZK René Bagchus when he comes to Statia next week.

The Island Council is pleased to see that there is a renewed, profound interest for the Caribbean Netherlands in the new Dutch government. “Our issues need to be addressed while we work on restoring democracy. We want to do this in parallel. We are trying to come to a joint route timetable,” said Leerdam.

Mediator Susanne Camelia-Römer of the meetings of the Island Council on Tuesday and Wednesday, participated via Zoom in both the meeting with Van Huffelen and Paul. Leerdam commended the Island Council members for “coming together and for looking at the bigger picture despite the differences in party lines.”

Today, Thursday, the delegation will meet with Member of the Second Chamber Jorien Wuite of the Democratic Party D66. While in the Netherlands, the delegation also took the opportunity to conduct interviews for the position of interim Island Council Registrar.