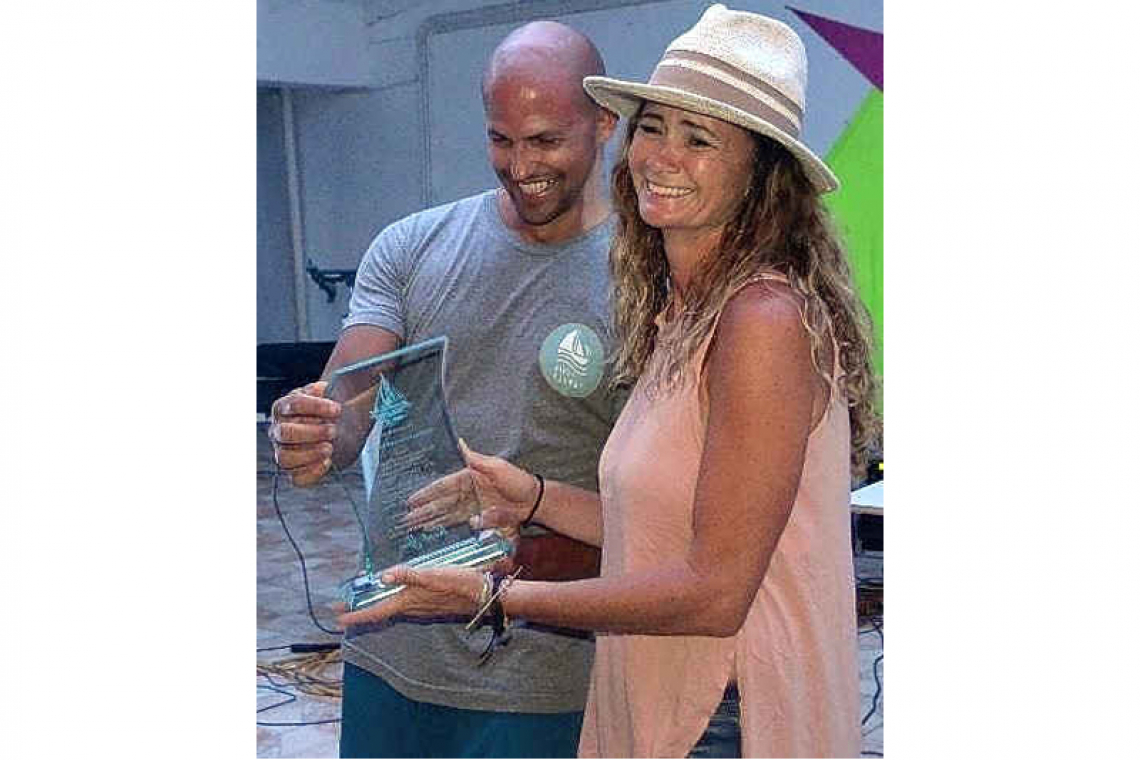 The sailors, not knowing what to expect, were so enamoured with what they found on the island that they stayed in Statia for approximately six weeks. During this time, Beau and Brandy documented their Statia experience, introducing the island to their audience through captivating YouTube videos. Hikes and dives, two of Statia’s main tourist attractions, were showcased and noteworthy historical sites and the warm hospitality of the Statia people were highlighted.

The public entity and the STDF were truly appreciative of the couple’s promotion of Statia and expressed their gratitude to Beau and Brandy, who were presented with a plaque on behalf of the Statia community at Taste of the Cultures on Thursday, March 25.

“Thus far, their four videos have amassed over 23,000 views each, awakening the possibility of attracting more visitors to our shores,” said Pandt.

Turnout for the first Taste of the Cultures of 2021 was good with patrons satisfied about the food options, while entertainment kept them on their toes. They can bask in the aftermath of a well-executed event until Thursday, April 29, when the next “Taste” will be held. “It was a good night,” said Pandt.