Statia election results reflected will of the people, says Knops 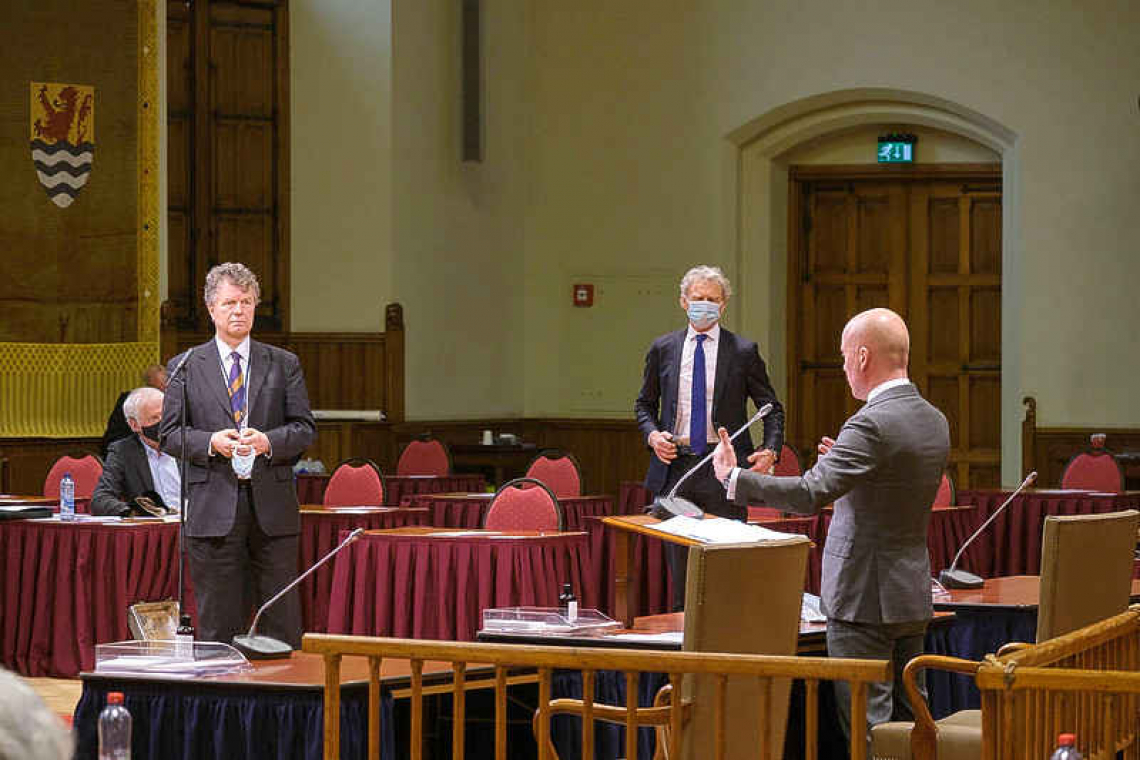 THE HAGUE--It is true that the same members who were in the St. Eustatius Island Council when the Dutch government intervened in early 2018, are now back in the new Island Council after the October 2020 elections, but that is democracy. “That really has been the will of the people.”

Dutch State Secretary of Home Affairs and Kingdom Relations Raymond Knops said this in a plenary debate of the First Chamber of the Dutch Parliament, or the Senate, on Tuesday, to discuss the relations within the kingdom and the 2021 Kingdom Relations budget.

Senator Paul Rosenmöller of the green left party GroenLinks brought up the elections in St. Eustatius half a year ago, and two years after the Dutch government intervened in the local government due to bad governance, mismanagement and lawlessness.

Rosenmöller looked back at the past events and situation in St. Eustatius. “There was a certain government that did not deliver and performed so bad that intervention was needed. Then there is an interim situation for two years during which the Netherlands carries out all sorts of things. Then there are elections and the same government returns. Can you then stick to saying that it is democracy? Naturally, this is democracy, but should you not also ponder the question ‘what have we actually achieved?’ Because ultimately is it not about doing things together with the people?”

Knops agreed that this was democracy at work. “You can actually say: we have made a jump in time, but everything remained the same. The opposite is true, because we have done a whole lot in the past two and a half years to get the public finances in order. We have invested large sums in the airport, the cliff, and the tackling of erosion,” he said.

The state secretary said that the intention was never to permanently take over the Statia government. “We want to return to the situation where people can make their own choices. For me, the question is whether the government commissioner, the deputy government commissioner, together with the Island Council, are able to grow to the next phase. Are they able to not only do the things that are necessary in a public entity, but to enter a culture in which there is a harmony of dualism, of an Island Council with commissioners, and an island governor? Because that is the final goal.”

Knops denied statements of a number of Island Council members who have said that things got worse during the Dutch intervention. “Factually, that is incorrect. We can prove that. We have photos from before and after. The island is in a better state and is more resilient.”

Rosenmöller said he realised that it was a very delicate situation, because it concerned democracy on an island that is part of the Netherlands. “The people have spoken. That stands. But we intervened for a specific reason. Things happened, and now we have the same government back. Ultimately it is about the question: did we sufficiently reach the people and convince them of the progress that we wanted to make in their interest? That should have had its reflection in the election results,” he said.

Senator Ton Raven of the independent Senate Party OSF quoted from an e-mail that he received from a Statia resident who used to work for Defence. The resident stated that in his opinion, the intervention was carried out in the wrong way, that the reason for intervention was purely materialistic and was implemented in a manner totally disrespectful of the Statia people. Raven said that no one could be satisfied regarding this dossier.