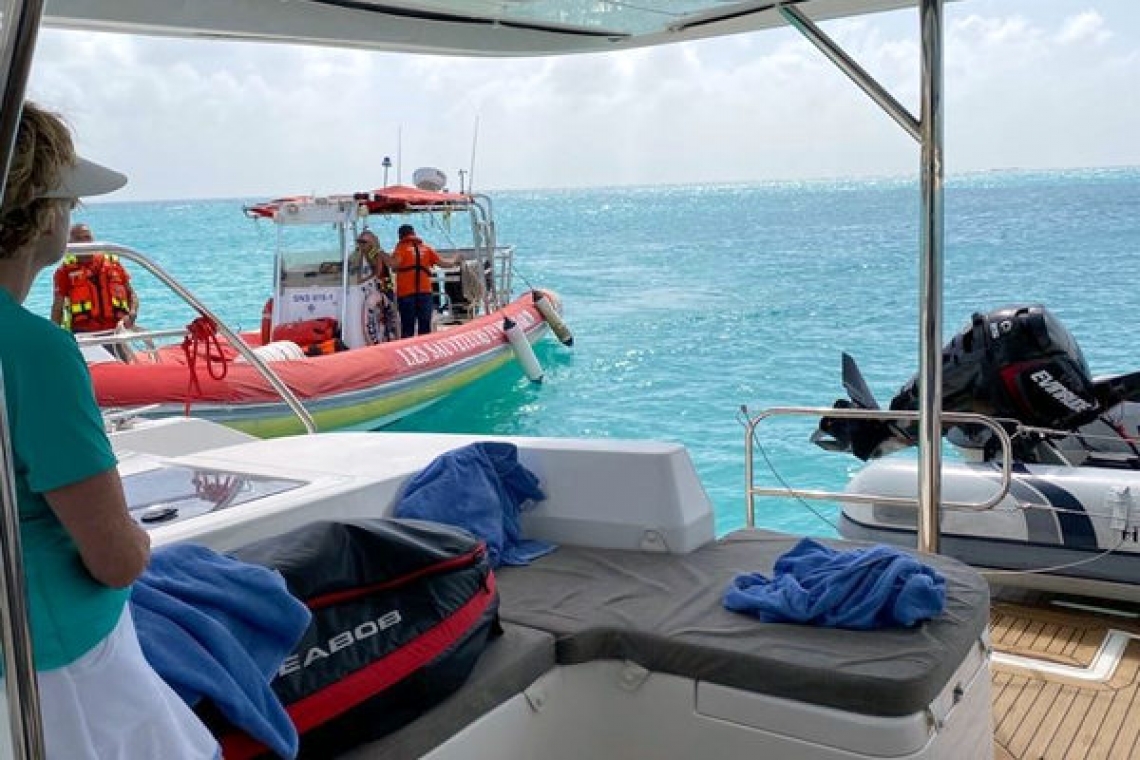 Transfer of the injured person from the catamaran to “Rescue Star”.

MARIGOT--French-side sea rescue service SNSM recently carried out a medical evacuation of a charter boat guest who sustained a serious foot injury after jumping off a cliff in Anguilla and landing on coral.

One of the SNSM members just happened to be working on the charter catamaran when the accident occurred while the boat was in waters around Anguilla and called surveillance centre CROSS to notify the SNSM station in Marigot. The injured man was able to swim back to the boat from where he fell, but was bleeding heavily.

SNSM’s Rescue Star inflatable departed from Marigot with four crew members on board for a rendezvous with the catamaran in Maunday’s Bay in front of Cap Juluca to transfer the injured person. A nurse on board Rescue Star confirmed the man needed hospital treatment for the injury.

The man and his parents were transferred onto Rescue Star while other guests remained on the catamaran. On arrival in Marigot the man and mother were taken to hospital by ambulance while the father followed in a taxi.

The SNSM crew re-fuelled with their sponsor Delta Petroleum, a requirement at the end of every mission to be ready for the next call-out.

It was later learned that the patient had a fractured heel and had received about 10 stitches, but was able to return to the hotel that evening. The patient and his family were so pleased with the service and care provided by the charter boat and SNSM volunteers that they left a big tip for the crew of the charter boat and made a monetary donation (by bank transfer) to the SNSM station to thank them for their services.

The captain of the charter boat gave a case of beer to the SNSM station as a gesture of appreciation.