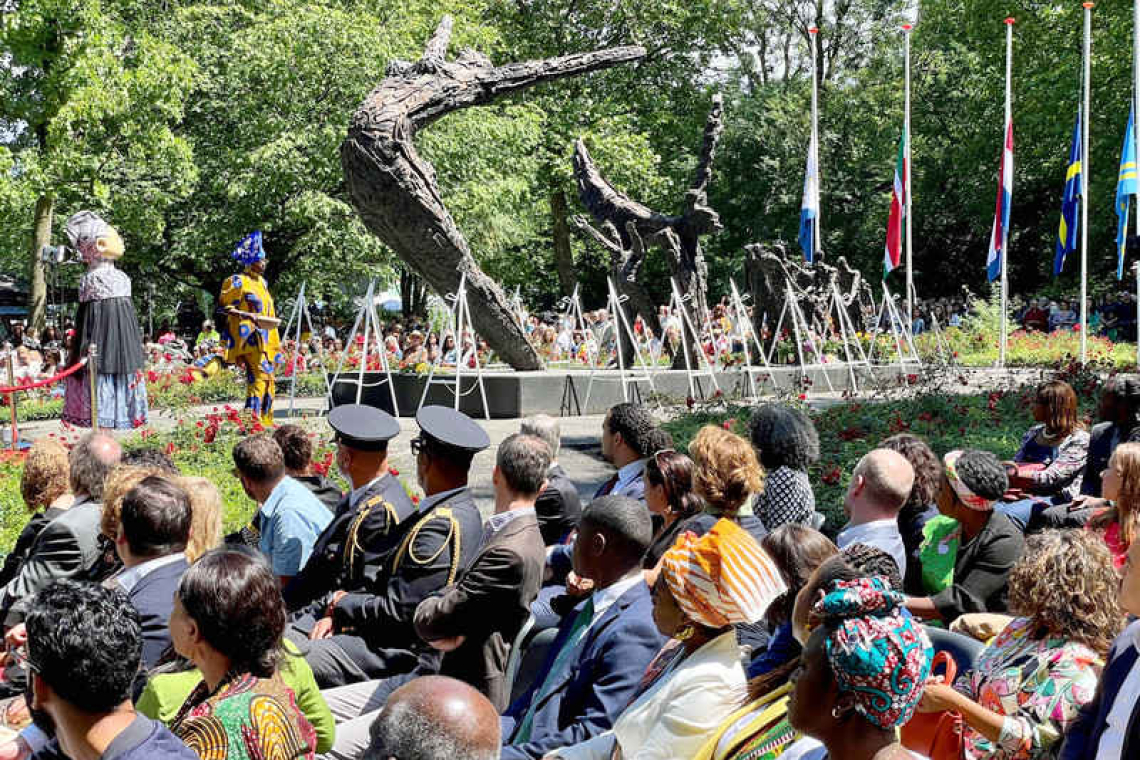 THE HAGUE--The Dutch government will delegate seven ministers and state secretaries to the six Dutch Caribbean islands and to Suriname on December 19 to simultaneously pronounce formal apologies for the slavery past in the former Dutch colonies.

The news of the formal apologies, first by the Dutch broadcasting company NOS and later confirmed by the Dutch government, announcement came on the day that 47 years ago, on November 25, 1975, Suriname seceded from the Dutch Kingdom and became a completely independent country.

In 2023, it will be 150 years that slavery was officially abolished in the former Dutch colonies. This anniversary will be commemorated throughout the Kingdom. State Secretary Van Huffelen met with delegations from the islands in Curaçao on Thursday to discuss how to give content to this commemoration.

Independent research on behalf of the NOS has shown that the support among residents of the Netherlands for a formal apology has increased from 31% in 2021 to 38% in 2022. A larger part, 49%, of the Dutch population is still against, but it is a bit lower than the 55% last year.

The research also showed that people with a migration background remained decisive on the need for formal apologies. Two-thirds of people from the Dutch Caribbean and Suriname living in the Netherlands is in support of this.

The fact that formal apologies will be expressed does not automatically mean that there will be reparations, a financial compensation for the descendants of the enslaved. The Dutch government did announce earlier this year that it would allocate 200 million euros for a fund from which projects will be financed to increase awareness of the slavery past and the consequences thereof for people to this day. Also, 27 million euros has been allocated to establish a slavery museum in Amsterdam.