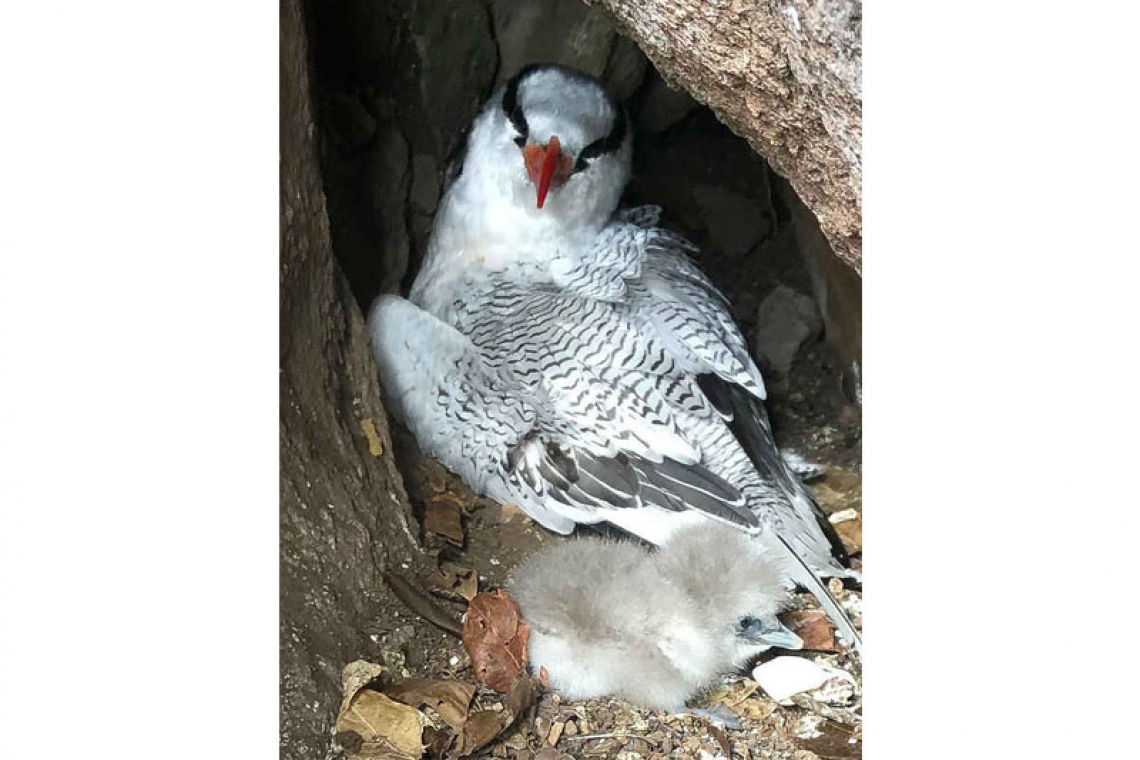 ST. EUSTATIUS--Worldwide and in St. Eustatius, the numbers of red-billed tropicbirds are in decline. Scientist and PhD candidate Hannah Madden has been using Global Positioning System (GPS) loggers to understand the foraging patterns of these rare and reclusive birds.

“On Statia, we host only 500 mating pairs of these medium-sized sea birds that only come to land once a year to mate and rear one chick from one egg,” Madden told her audience at Science Café.

“Like turtles, the birds always return to the land of their birth. Perched high on cliff edges mostly on Pilot Hill, their nests are vulnerable to the piracy of rats, feral cats and land crabs.”

Madden explained that a lightweight GPS device was attached to some of these faithful flying visitors to Statia. The devices were set to record a GPS point every three minutes and had to be manually retrieved for analysis.

Each year, there is a short window of only three weeks to track individuals, when the parent birds take turns in leaving the nest to feed mostly on flying fish near the sea surface.

Having studied the foraging behaviour of these hardworking seabirds, Madden and her colleagues from Clemson University determined the average outbound and inbound routes amount to 43 kilometres, but varied greatly among individuals.

“Such return trips, generally associated with upwellings in an area known as Aves Ridge, are quite oblivious to political considerations,” says Madden. “They take place only during daylight and overfly British, French, Dutch and Caribbean waters. The maximum distance travelled by one bird from its nest and back was 886 kilometres.

“We are particularly interested in replicating this tracking study for red-billed tropicbirds on Saba and other Caribbean islands. The more we know about the foraging habits and oceanographic preferences of this pelagic species, the more we can safeguard their survival,” Madden concluded.