SCDF wants to be consulted before vendors relocated to Festival village 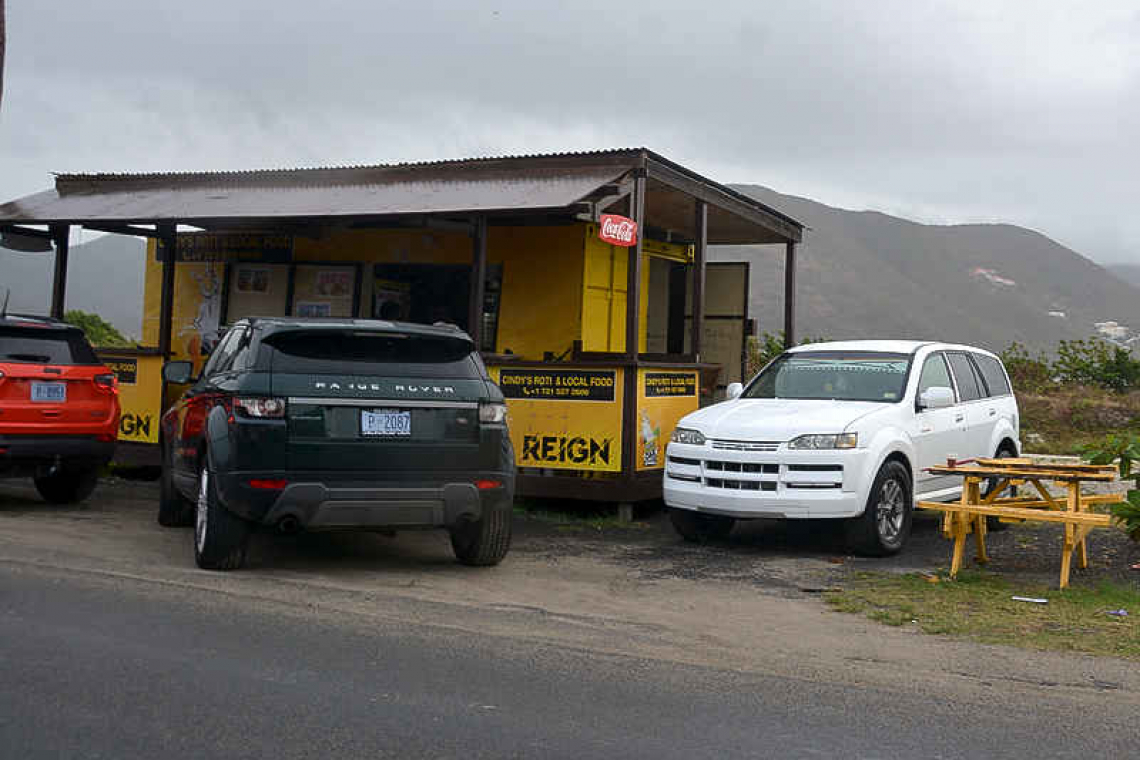 A food vendor on the side of Walter Nisbeth Road (Pondfill).

PHILIPSBURG--St. Maarten Carnival Development Foundation (SCDF) said on Monday that it hopes to have an opportunity to meet with government before it makes any decision to relocate vendors from Walter Nisbeth Road (Pondfill) to Festival Village.

The issue surfaced last week during the live Council of Ministers press briefing. Minister of Public Housing, Spatial Planning, Environment and Infrastructure VROMI Egbert Doran said several persons had complained that vendors have set up shop on their leased land.

Doran said government had inherited the problem when it came into office last year. VROMI allocated land to persons and at the same time vending permits were approved by the Ministry of Tourism, Economic Affairs, Transport and Telecommunication (TEATT) for individuals operating in the same location. Many of these vendors have had their permits for several years.

TEATT Minister Ludmila de Weever said a vending permit does not give individuals permission to set down a permanent placement on any location. But this is what some vendors along Walter Nisbeth Road have done, setting up structures with wooden foundations.

“When it comes to a vending permit such as a food truck, it’s supposed to be removed and not a permanent placement, and that is important for the public to be aware of,” De Weever said last week.

She also said the VROMI and TEATT ministries were working to relocate the food vendors to other locations.

SCDF said on Monday that it had heard rumours that government might move these controversial food vendors to Festival Village.

“If that is true, then we hope the foundation would be consulted before such a move is made, considering the major operational, traditional and financial implications that would be at stake. …

“Many realities have to be considered, including, most importantly, Carnival’s right to an empty village as the lessee of the venue. This is why there is a standing practice that booth-holders that operate in the Festival Village outside of the Carnival season must vacate the village by March 31 every year to allow Carnival booth-holders to move in, as SCDF takes control of the village from April 1 until mid-May,” said SCDF.

SCDF said all its booth locations have already been allotted for Carnival 2022, adding that some of these are under contract beyond 2022.

“So, the financial implications for individual booth-holders, sponsors, and the foundation are evident,” said SCDF. “For years [we have – Ed.] employed a random rotation policy of giving as many people [as possible] … the opportunity to operate a booth in the Carnival season. … Nobody is permanent in the village for Carnival on an annual basis.”

“Coming off two years without Carnival and the financial hole that has put us and some of our stakeholders in, we hope it doesn’t repeat itself this time around,” SCDF concluded.