Schoolchildren get dirty at archaeological site in Statia 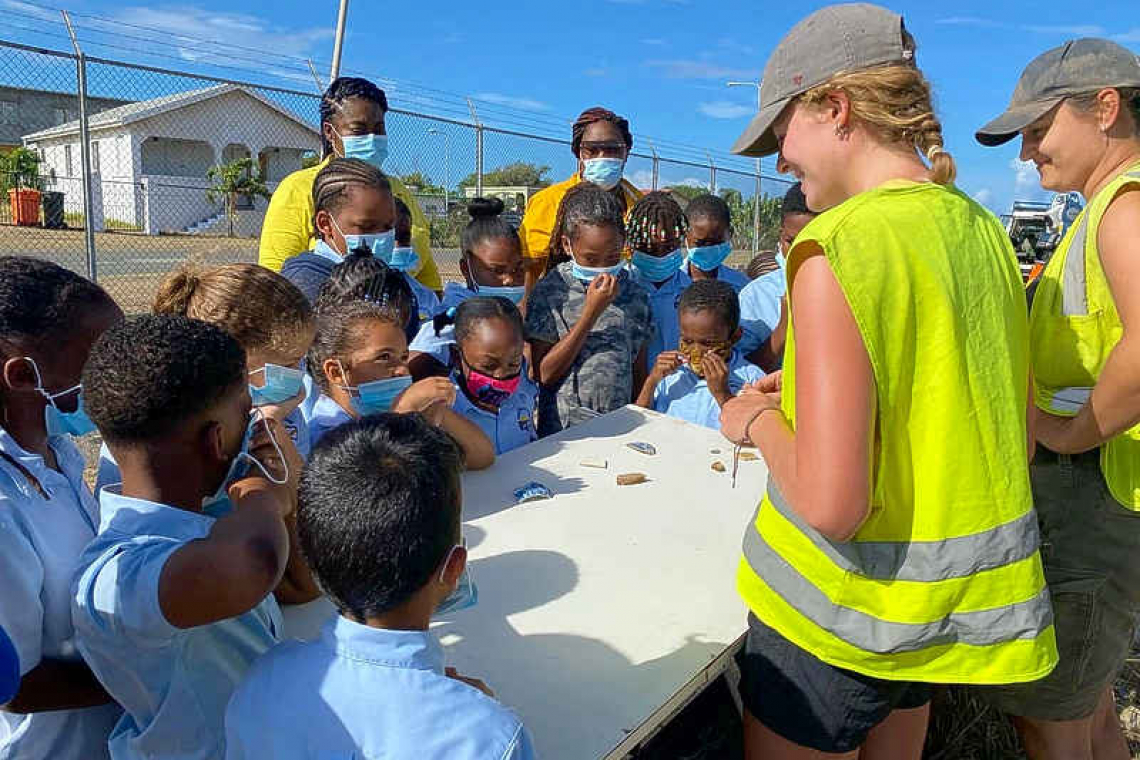 Archaeologists speaking to children about some of the artefacts they found at the Golden Rock site..ST. EUSTATIUS--Quite a few groups of schoolchildren in St. Eustatius have visited the Golden Rock 2021 archaeological site over the past few weeks. It took a little while for St. Eustatius Center for Archaeological Research (SECAR) to figure out how best to engage them. Turns out the answer was simple: “Let them get dirty.”

In every area that is excavated, removed soil was dumped into buckets and sieved to find any small artefacts or bone fragments that may have been missed during excavation.

This is the perfect job for elementary and middle school children, the project leaders said, as there is almost always a small piece of ceramics, glass or a coffin nail to be found on the screen.

The children loved this activity as it kept them engaged. It also promotes a sense of connection to the project. 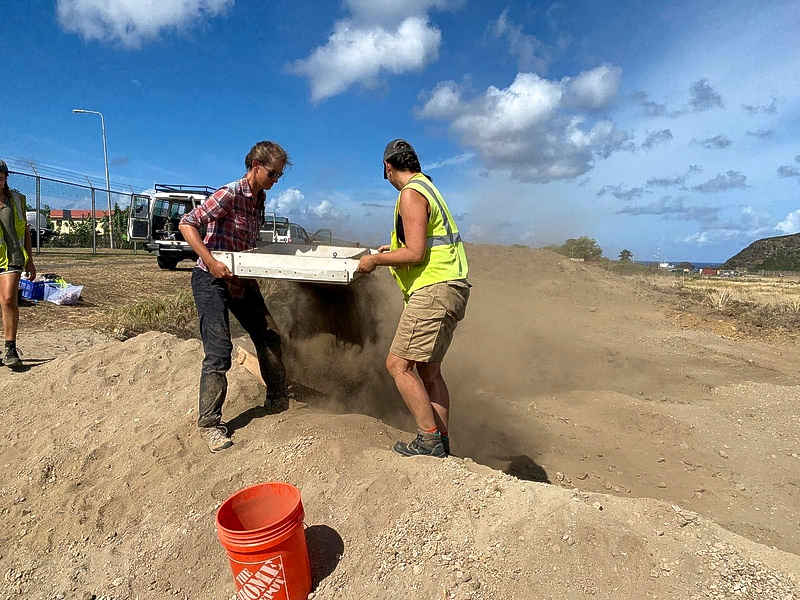 The last group was so excited about the prospect of finding things that children were scouring the access road adjacent to the site while awaiting their turn at the sieve. One child said, “I am looking for gold.”

The archaeologist said that seeing the delight in their eyes while learning about the site and archaeology was “priceless.”

The project will have Bethel Methodist School passing by on Friday, June 11, and Seventh-Day Adventist School on Monday, June 14, and Tuesday, June 15.

After this, the fieldwork winds down and laboratory work begins. Phase two of the project will start in January 2022.

The Department of Culture will be hosting a town hall meeting on Tuesday, June 15, to inform the community about the project. The meeting will feature a question-and-answer segment.