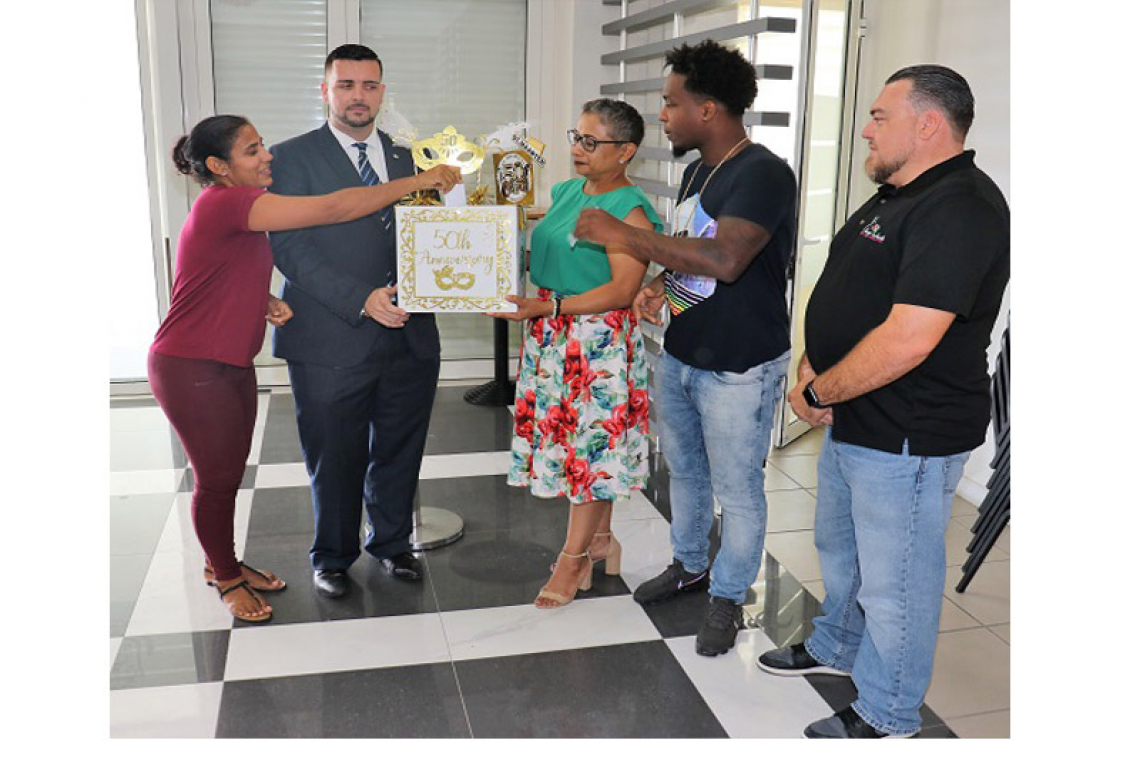 50 Carnival passes were raffled by government in celebration of 50 years of Carnival, which hindered SCDF Carnival pass sales.

PHILIPSBURG--St. Maarten Carnival Development Foundation (SCDF) has given insight to the countless challenges SCDF has faced and continues to deal with over the 31 years of executing Carnival.

SCDF President Alston Lourens provided Members of Parliament (MPs) with a detailed presentation of SCDF’s current situation in a Central Committee meeting on Thursday.
According to Lourens, the most recent trials SCDF has faced were the return from a two-year Carnival hiatus, financial shortfalls from the recovering economy and the COVID-19 uncertainty.
He said the foundation had taken some hits early on in the Carnival season due to the COVID-19 protocols and the reluctance of many persons to come out to the Festival Village. He said by the time international shows came around later on in the season, government’s COVID-19 protocols had been relaxed and more persons were coming out to shows.
Lourens highlighted the major challenge for SCDF, which has always been financing. The foundation currently gets a US $190,000 subsidy from government.
In a graph chart, SCDF displayed a comparison of the funding other regional countries/islands receive from their governments when compared to St. Maarten. Lourens noted that St. Maarten has received the lowest amount of funding/subsidy in the region even though St. Maarten has the longest Carnival.
He outlined some of Carnival’s largest expenses: sound and light $115,000; rental of the Festival Village $55,000; garbage and cleaning $85,000; security $55,000; prizes $80,000; and entertainment fees, upwards of $200,000. He also said that the subsidy received from government is solely ear-marked for marketing and cannot be used for any operational cost.
Another challenge for SCDF is the Festival Village. SCDF is still faced with the fact that no repairs have been carried out in the Festival Village since the damage caused by Hurricane Irma. Lourens showed MPs a video that displayed structural damage, a lack of maintenance, leakage issues and roach infestation. He said SCDF is left to deal with these issues when it receives the Festival Village to prepare for Carnival.
Lourens said the biggest challenge the foundation faces are external decisions made by government. “The external decisions made without consulting us, without giving us a ‘heads up’, have always been the most detrimental thing in executing Carnival,” said Lourens.
He provided examples of these instances. He said government had increased SCDF’s subsidy to NAf. 500,000 in 2014. This subsidy was then cut to NAf. 350,000 the following year, one month before the start of Carnival. He said SCDF had already budgeted the 2015 Carnival with the expectation of the promised NAf. 500,000.
He said government also had signed an exclusivity agreement with TelEm Group via the St. Maarten Government Buildings Foundation SOG that same year. Lourens explained to MPs that TelEm was not the only telecommunications sponsor for Carnival. SCDF also had a multi-year agreement with UTS (at the time) and, as a result of government’s decision without consultation with SCDF, the foundation ended up losing $75,000 in sponsorship. He added that this sponsorship was actually more than what TelEm was providing the foundation at the time.
Furthermore, in 2019 government announced a give-away of 50 Carnival passes which presented a problem for SCDF in getting persons to register for a Carnival pass after the announcement.
In 2021, 10 days after SCDF was given the green light for Carnival 2021, government suddenly cancelled Carnival. Lourens said that to their dismay the foundation was not informed formally of this decision taking place.
The last and, according to the foundation, the most dangerous decision made to date is Parliament quietly passing a budget amendment law in 2021 putting Carnival on bid for 2023 and the consequences thereof.
He said the foundation is reeling from the consequences of this decision at present.