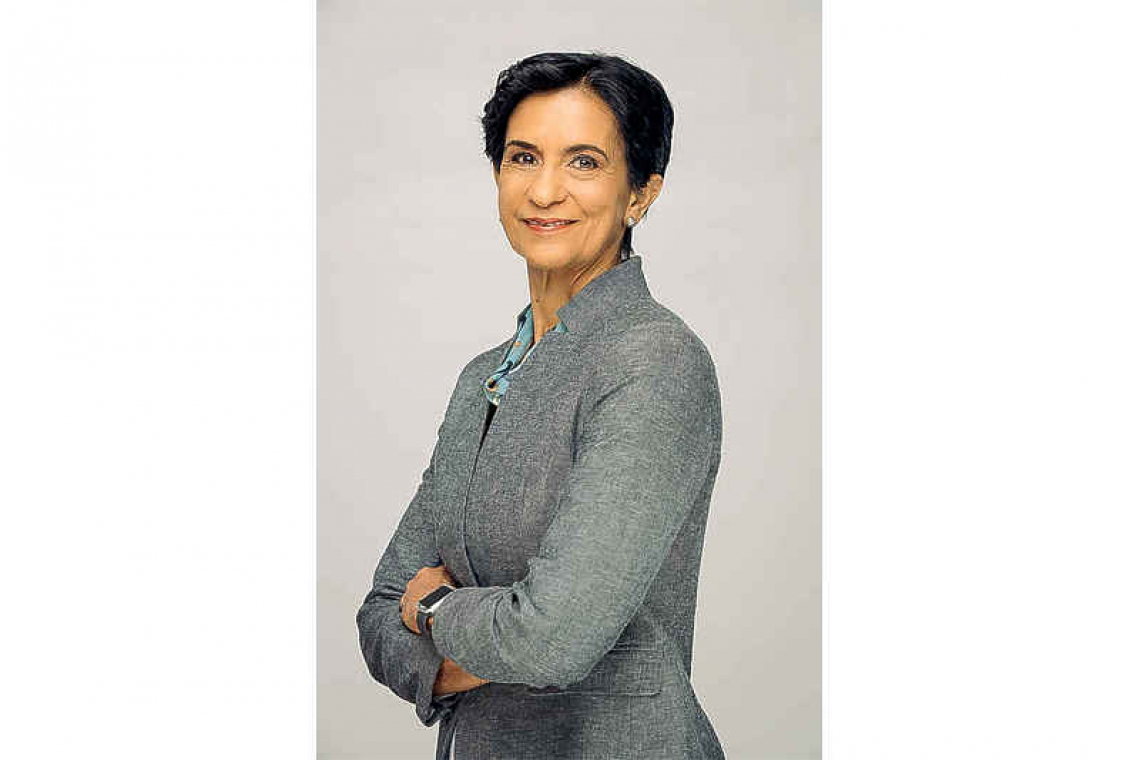 ~ Says youth law should be considered ~

PHILIPSBURG--United Democrats (UD) Member of Parliament (MP) Sarah Wescot-Williams said on Sunday that an in-depth investigation should be conducted into the case of alleged inappropriate conduct at a local high school against a female student.

She also suggested that the implementation of a youth law be considered. The MP said in a statement that government needed to be more forthcoming in responding to the recent reports of what she referred to as “yet another case of alleged child sexual abuse.”
“The well-being of our youth is the government’s constitutional responsibility,” she said. “We have been once again confronted with reports of alleged sexual misconduct with a minor that occurred some months ago at one of our local high schools. It is no secret who the alleged perpetrator is, with the name of the teacher having been mentioned publicly. With this coming to light and with even more information on what transpired, many persons are understandably questioning the responsibility of the different levels of authority, school board, government, inspection etc.
“I want to make it very clear that this particular incident needs to be investigated in-depth. What exactly transpired and how was it dealt with? If not dealt with, why not? While I heard the government’s initial reaction through the prime minister on this matter, I do not think that was an appropriate public response. The incidence of child sexual abuse on St. Maarten is worrisome, as cited in different reports, and also from what you hear from teachers and other professionals as to what they are confronted with, as well as from the agencies where reporting of these matters should take place. So, every case is one too many,” the MP stated
The MP said government’s response came across as if government had been “blaming the community” for talking about the incident.
“In the small community we live in, this is unavoidable and given that fact the government should have been much more direct and given a much better indication of what is being done. Where are we with this investigation? The government has a constitutional responsibility for the youth of this country, for the care and protection of the youth and that supersedes all other public authority where our youth is concerned. Furthermore, St. Maarten has endorsed the Convention on the Rights of the Child. Punishable acts against our children are regulated in the Criminal Code,” she said.
“The Code has several articles that deal with this and I think that before we even start to talk about whether the punishments meted out are sufficient and act as a deterrent, we need to digress and look at the execution of our responsibilities regarding our youth, at the laws, policies, programmes and the execution thereof.”
There are several studies that highlight the issues that young people face or are impacted by, such as the analysis by UNICEF regarding the state of the youth and adolescents in St. Maarten of 2020, with recommendations.
What Wescot-Williams finds worrisome is the finding in the report that over 85% of interviewees mentioned violence as a major issue facing children, adolescents and women in their community or household.
“Even though over 50% of the adult interviewees believe child sexual abuse to be a common occurrence in their communities and families, it remains a taboo topic for discussion.”
Wescot-Williams said she was recently part of the final review on the Interim Education Review. She said this report is based on the “Country Package” and conducted under the auspices of the Inspectorate of Education in St. Maarten and that of the Netherlands.
“This report has been submitted to Parliament, and it is left to be seen how the government will want to approach this. Interesting is the statement by the minister of ECYS [Education, Culture, Youth and Sport – Ed.] that the ministry is formulating a comparative analysis.”
She stressed that St. Maarten is a small community, and although it has lost some of its close-knit attributes, it is still a small community with advantages and drawbacks, such as everyone knowing everyone.
“Knowing that, the way the government has so far dealt with this matter came across lacking in empathy and understanding that there is outrage and that people want to know and people have questions. So rather than admonish, the prime minister should have been a little more forthcoming in terms of what is being done, what can be done, how it is being done and in what period of time. Give outlook, give perspective.”
She said the Civil Code regulated the role of the Court of Guardianship; the Criminal Code specifies criminal acts against youth and policies on how this should be approached. She asked whether the ministry can provide the draft of the Education Supervision Ordinance; whether the child protection working group is functional and what is the ministry’s comparative analysis to the education review and whether the joint responsibilities of the government for youth care are approved and if not, why not.
“A youth law is something to be considered,” the MP said. “In that legislation, for example, we could deal with things like reporting. Right now, there is a law in the making regarding education and supervision. This is necessary to give the Inspection Department the teeth to do their job as inspectors for education. With that law, regardless of whether it is the private school boards, subsidised or otherwise, reporting needs to take place on the school in general and on incidents, which are even potentially against the well-being of students, individually or collectively,” she said.
She alluded to an urgent public meeting request with Minister of Education, Culture, Youth and Sport Rodolphe Samuel to look at, amongst other things, the relationship with subsidised school boards. The MP expressed hope that the minister will come prepared to provide some answers to the items she highlighted.