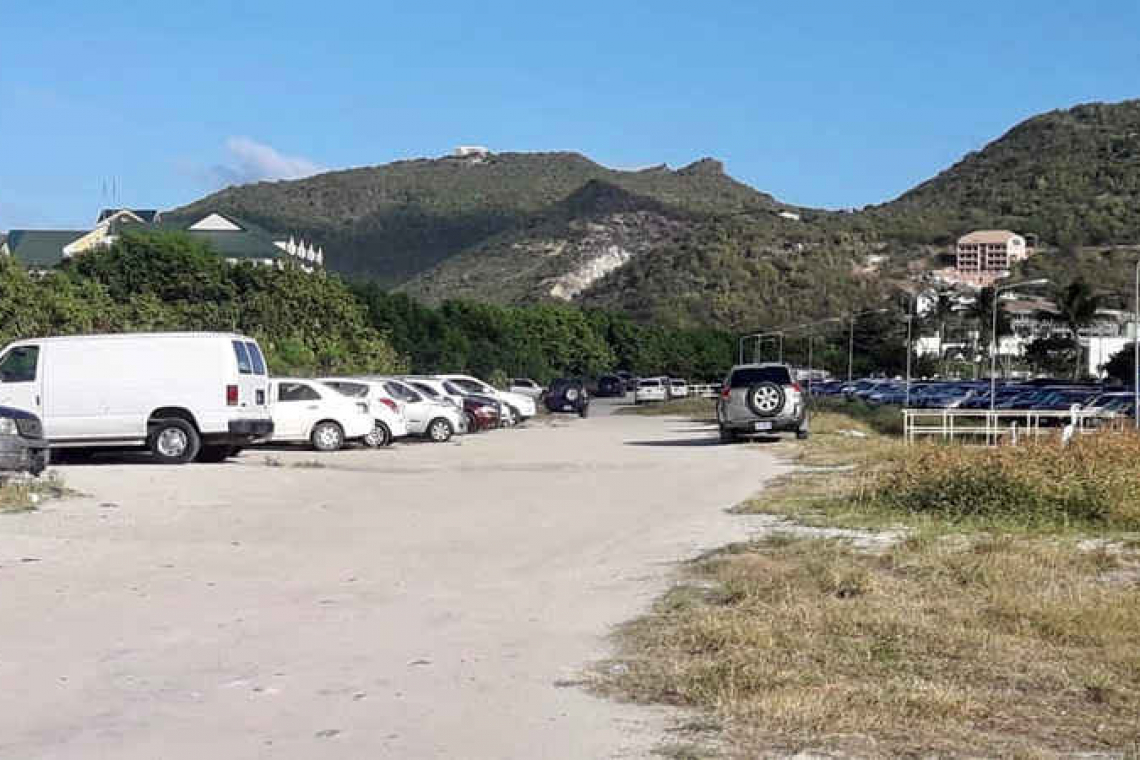 The current state of the Ring Road.

PHILIPSBURG--NAf. five million has been allocated for the first phase of the construction of the Ring Road as a feeder road to and from Philipsburg, to eliminate traffic congestion, wrote Minister of Public Housing, Spatial Planning, Environment and Infrastructure (VROMI) Egbert Doran in his answers to parliament’s questions on the draft 2022 budget.

The first phase of the project concerns the section from Prins Bernard Bridge to the Salt Pickers roundabout. The five million guilders will be used for a drainage system and the hard surfacing of that area without the projected roundabouts, wrote the minister.

Doran stated that he expects this first phase to eliminate traffic congestion to and from Philipsburg. Currently, the main road around the Great Salt Pond, Walter Nisbeth Road and the A.T. Illidge Road are congested due to the various businesses, intersections and ad-hoc parking alongside the roads, wrote the minister.

According to Doran, “the best and most practical way to drastically improve the situation is to create new main roads for through traffic only, parallel to the roads as mentioned, with a minimal number of intersections.”

This solution would also create a natural boundary of the Great Salt Pond, halt the illegal filling of the Pond, and secure its function as water storage in case of heavy rainfall, said the minister. Additionally, Doran expressed his hope that the project will create more much-needed parking spaces in the Philipsburg area.

The existing roads could then be used as service roads with parking, which would enhance further business development between the Walter Nisbeth Road and the projected Ring Road, concluded Doran.