Revitalize the lagoon, do not place further environmental stress on it, says PFP faction 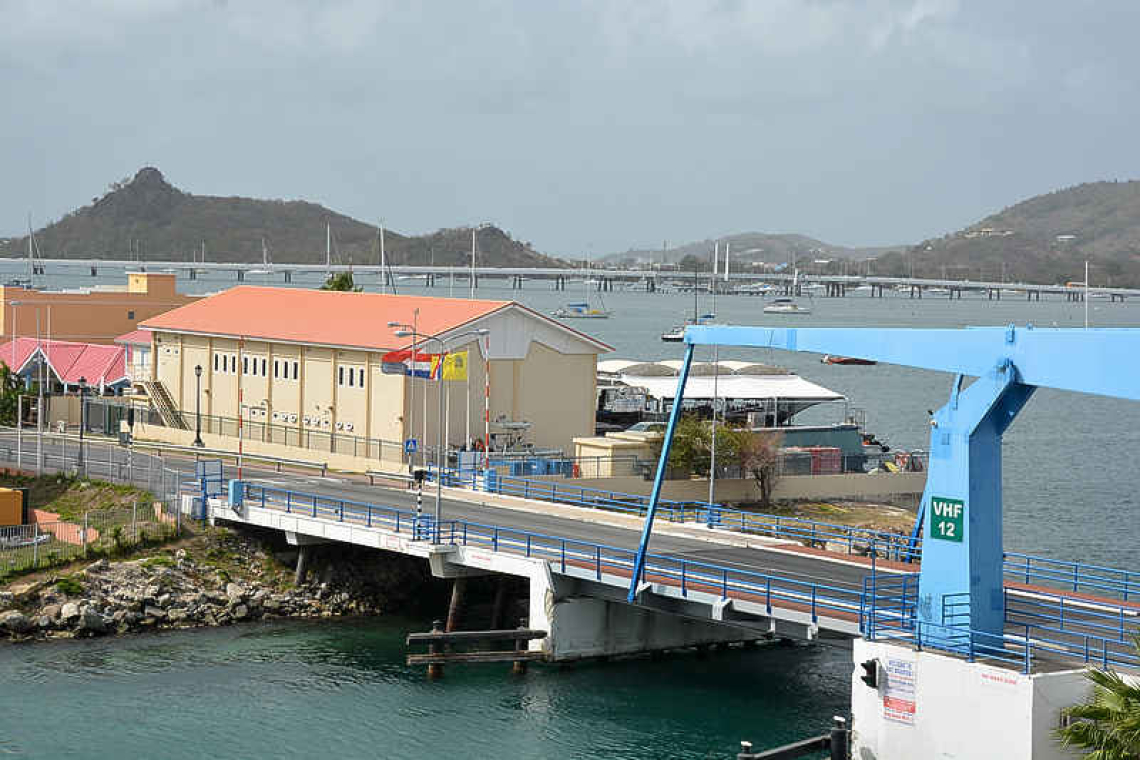 Allowing bigger mega yachts and so-called giga yachts access to the Simpson Bay Lagoon is a top priority for Minister of TEATT Leo Lambriex, as pointed out in his first press release detailing his plan for his “first 100 days in office”.

A plan to widen the John Sainsborough Lejuez Bridge (Simpson Bay Bridge) has been dormant for some time, and that is not without good reason, according to PFP Members of Parliament Gumbs and Raeyhon Peterson. “For one, a Government cannot claim to care about the environment, sustainability and climate change and then have the widening of the bridge as a priority project.”

The bridge was last widened in 2006, when St. Maarten was still part of the Netherlands Antilles, the MPs said. “This helped, of course, to allow for the current mega-yachts to enter the lagoon. But that came at an additional cost.”

After the widening of the bridge, the need for dredging of the lagoon arose. “This is our primary concern,” PFP faction stated. “While the Minister did not mention dredging of the lagoon in his press statement, anyone paying attention can see that newly announced and already-on sale developments will be adding marina space that will require dredging to allow these vessels to reach their docks. In fact, the simple mention of allowing access to giga-yachts means that widening the bridge goes beyond safety concerns on manoeuvrability.”

The PFP faction hopes that the new minister will be forthcoming about any accompanying plans attached to this proposed bridge-widening project.

PFP leader Gumbs recalled: “When Cupecoy began to develop, the original plan was to dredge a canal from the Simpson Bay bridge to Cupecoy to allow entry and passage for these yacht classes. I want to make it clear to the public that we understand the significance of our tourism product, however, I think the public understands the very “final” nature of space and life on an island of 16 square miles. There is only so much development that the environment, in particular the lagoon, can take. At some point, if we are telling the truth about wanting to be sustainable and protective of our environment, then the Simpson Bay Lagoon will have to say “no, thank you” and tell these yachts to stay in the bay or allow the Philipsburg marinas, including Port of St. Maarten, to accommodate what they can.”

While allowing giga yachts to pass the Simpson Bay Bridge in the future, requires a multi-million dollar dredging project for Simpson Bay Lagoon, the government of St. Maarten has not yet solved the issue of outstanding long lease fees for water rights owed by several marinas in the lagoon. MP Peterson, former acting Head of the Department of Domain Affairs, recalled making former Minister of Public Housing, Spatial Planning, Environment and Infrastructure (VROMI) Christopher Wever aware of a marina in the lagoon with more than NAF 1 million in outstanding long lease fees for water rights. “The long lease owner was more than willing to pay the outstanding fees,” Peterson said. “But this did not seem to be a priority for the then-Minister.”

Peterson said that, instead, the Alegria fiasco took centre stage. After having advised negatively on the granting of water rights to Alegria, Peterson was removed from his position as acting head of Domain Affairs by Minister Wever on February 10, 2020. As Member of Parliament, he has continued to ask questions about the issue of outstanding long lease fees for water rights in the Simpson Bay Lagoon, without having received satisfactory answers from the current Minister of VROMI, Egbert Doran.

“The fact that the current water rights situation in the lagoon has not been resolved by the Ministry of VROMI remains a serious concern,” MP Peterson said. “We have our priorities mixed up. The mega-yachts are paying extremely high fees to dock in the lagoon at the various marinas, yet the country seems to not get anything out of it, nor has the lagoon been maintained properly with these fees.”

According to the PFP faction, Government’s priority should be to fix all of the water rights issues by first collecting the outstanding fees within the lagoon. Furthermore, “to perform a full environmental check on the status of the lagoon and its floor, and to begin focusing on actually cleaning the lagoon in its entirety, before we even think of expanding the bridge for even bigger boats to start coming in.”

Gumbs found it odd, that the dormant plan of widening the bridge has been dusted off at the same time as the long-dormant Economic Development Corporation has been revived, with a new director. “I’m curious to see if there will be another PJIA-like bondholders’ experiment done to obtain financing to widen the bridge and, possibly, dredge the lagoon,” Gumbs stated. “I suppose if and when we see the same folks behind that particular confusion starts popping up, we’ll know for sure.”

The PFP members stated that they plan to monitor future statements regarding this proposed project, and that they plan to question the new Minister of TEATT and the Minister of VROMI on plans that were meant to revitalize the lagoon, rather than place further environmental stress on it, and what their plans are for those particular initiatives.