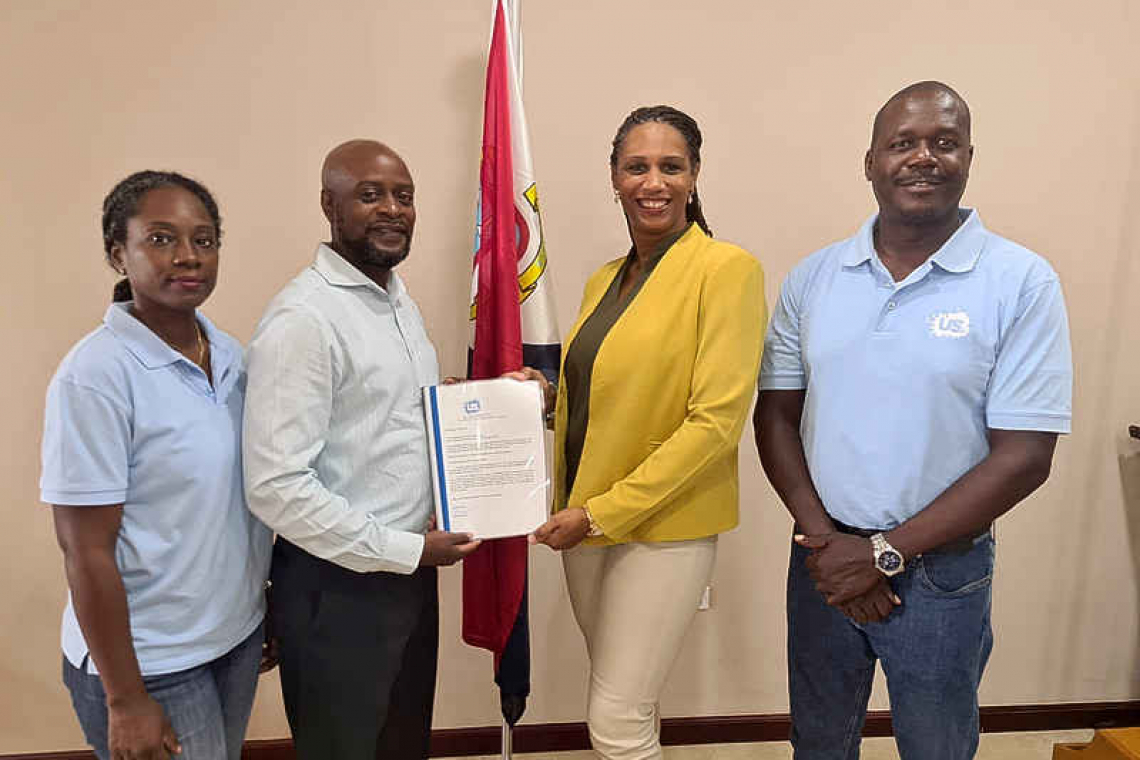 Accompanying Revan for the presentation were US Party leader Pamela Gordon-Carty and party President Cecil Nicholas.

Revan believes that the day of the parliamentary election should be a national holiday to protect the dignity and integrity of the country’s election process. He believes making the day a national holiday will ensure that eligible citizens will be given a fair and equal opportunity to vote and participate in the electoral process without undesired influence, prohibition, reservation or discrimination.

“Far too often we have heard the cries of workers on Election Day that their employer inhibits their voting times and opportunities,” he said in a recent statement about the matter. “Many times, workers are not given the full four hours to vote or even participate in the election process.

“Because the law stipulates that all employees must have at least four hours to vote, employers insist that the employees’ voting time be scheduled at the end of the workday. Consequently, many workers are left standing in long lines between the hours of 5:00pm and 8:00pm in order to vote. Because of this many are too tired from work and not able to stand in the lines to vote, so they abstain from voting. This is a direct infringement on all employees’ right to vote.”

He said also that many persons who volunteer their time to participate and assist in the Election Day process are forced to take a vacation day off from work to be able to give their service to the country. He sees losing a vacation day as unreasonable and unfair.

“Volunteering one’s time to ensure free and fair elections in St. Maarten should not come at a penalty to the volunteer. On the contrary, the right of each and every citizen to participate in the democratic process equally without penalty should be protected,” he contended.