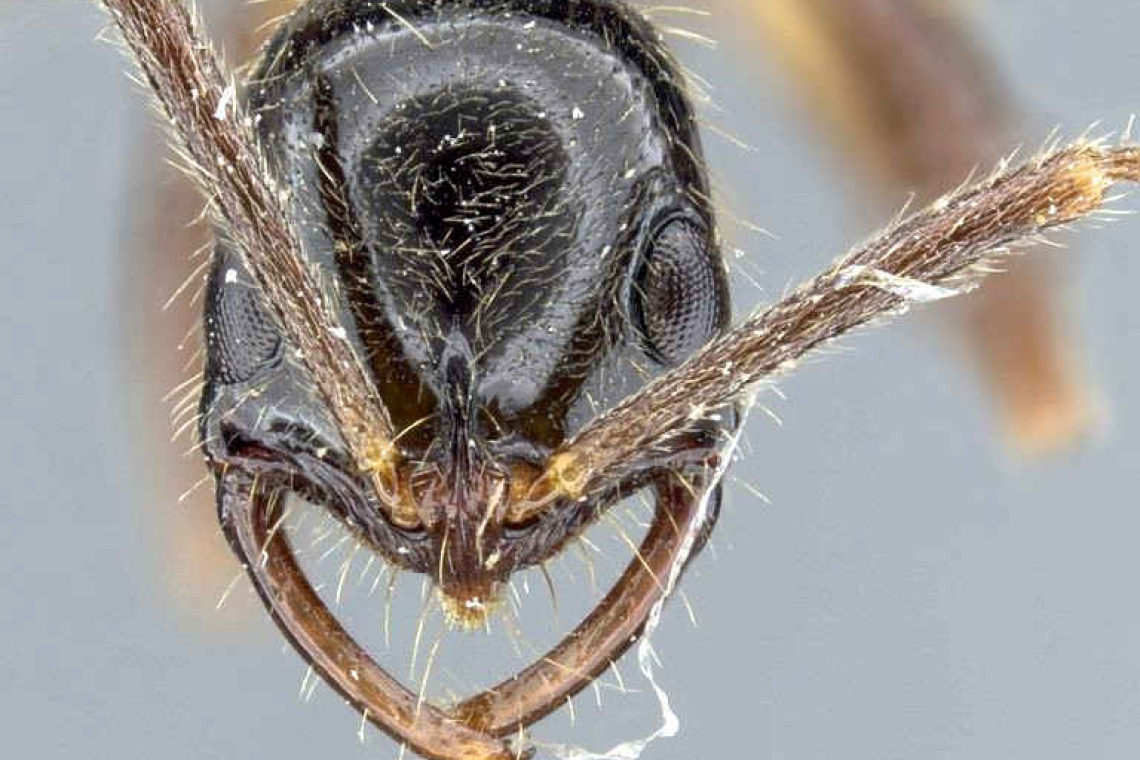 Naturalis Biodiversity Centre researchers updated the local ant species lists for the Dutch Caribbean between 2015 and 2020. Many new species were documented, including 40 in Saba and 32 in Aruba.

Building on previous research conducted by H.J. MacGillavry, P. Wagenaar Hummelinck and R.H. Cobben in 1930 and 1970, these lists were updated to reflect changes in the local ant populations. Through handpicking of specimens, ants were collected and sorted to determine the exact species.

Prior to the start of the most recent biological survey, only two known species of ant were documented in Saba. Through their research, the Boers have now documented a total of 42 ant species. Through this same study, provisional counts of 24 and 56 species were documented for St. Maarten and St. Eustatius, respectively.

The surveys in Saba were conducted after the September 2017 Hurricane Irma, when fallen trees obstructed access to some parts of the trail and heavy rainfall may have led some ant species to shelter deeper underground, out of sight. Therefore, it is possible that there are still a number of ant species that can be found in Saba but were not accounted for in this study.

A new identification key was also created to cover the species found in Aruba, Bonaire and Curaçao. This key is based on the same 1930 and 1970 studies and is now supplemented with a 2020 survey of the ant species in Aruba. The Aruba species list was updated from 12 previously known species to 44.

Understanding ant populations for these islands puts researchers one step closer to unlocking the complexities of the Dutch Caribbean’s unique ecosystems. Knowing the local residents, both big and small, is critical for designing and implementing holistic conservation plans, it was noted in the Nature Today article.

Documenting the presence of specific ant species can help identify whether and when any invasive species has arrived. Ants play a vital role in local ecosystems, and cataloguing local species is a first step in understanding their importance in maintaining a healthy and balanced environment.

Ants are exceptionally complex social animals with highly intricate societies that parallel those of mankind. Colonies work through a division of labour and have the ability to solve complex problems through communication and teamwork. There are more than 14,000 known species worldwide, but there is still much to learn about these tiny inhabitants.