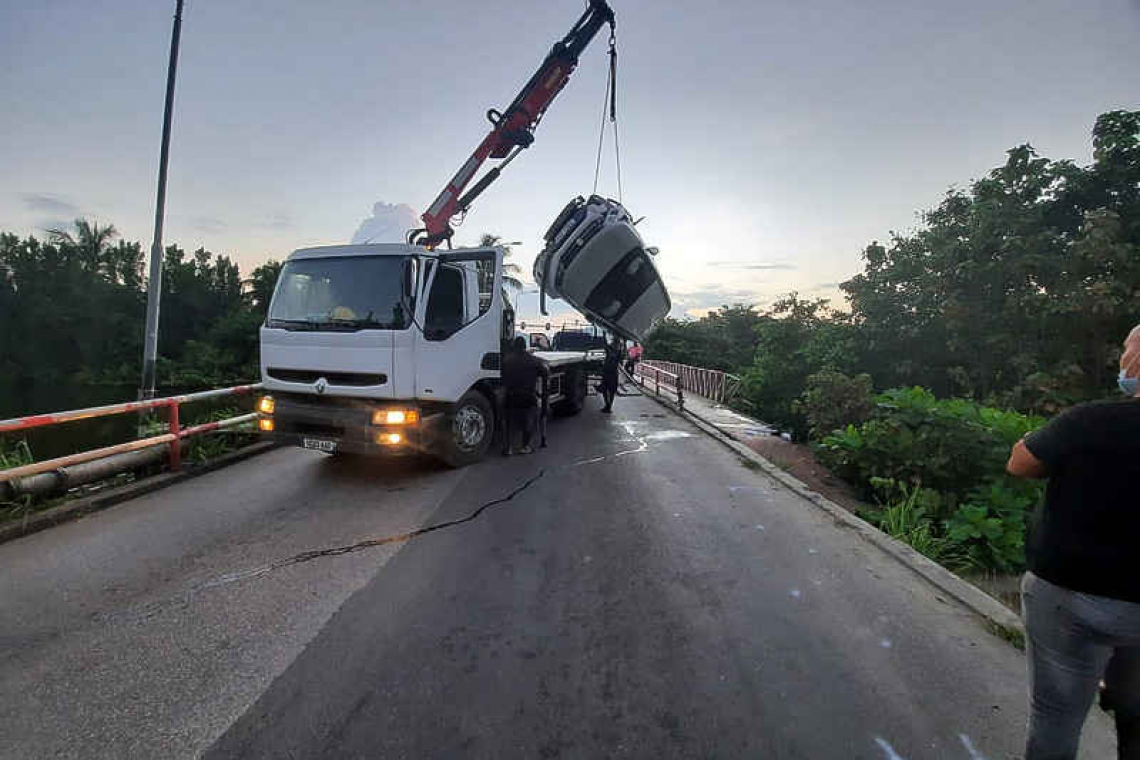 The damaged car is hoisted out of Fresh Pond.

PHILIPSBURG--A speeding car with a French licence plate nosedived into Fresh Pond on Sunday morning. The driver missed the bend of the road to Prins Bernhard Bridge.

The Police Central Dispatch was notified at approximately 3:50am of a traffic accident that had occurred on Prins Bernhard Bridge. Police investigation showed that the driver had approached the bridge at such a high rate of speed that he lost control of the vehicle and collided with the guardrail. The car ended up in the pond.

The driver suffered only minor injuries and was later attended to by an ambulance. The towing company extracted the damaged vehicle from Fresh Pond sometime later. 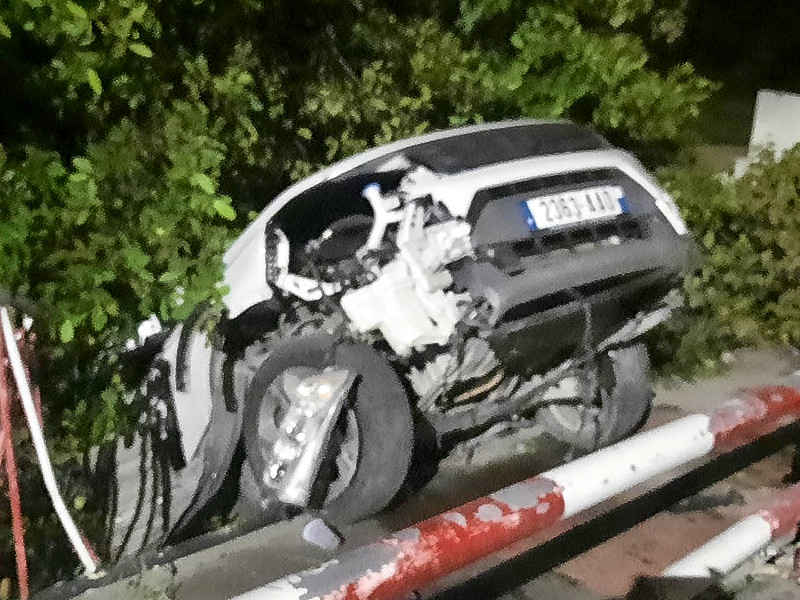 The driver totalled his car by driving it into the guardrail.