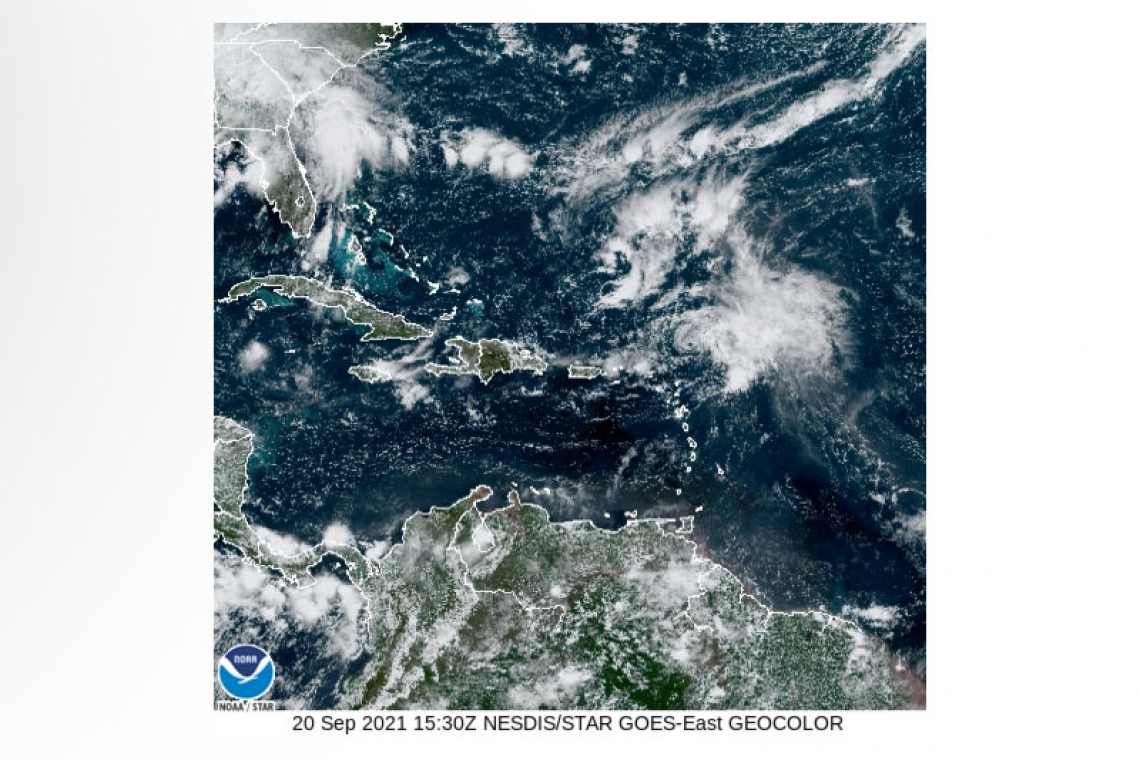 …A SMALL CRAFT ADVISORY IS IN EFFECT FOR ST. MAARTEN UNTIL
6:00 AM TUESDAY, SEPTEMBER 21ST…

This afternoon through tonight: Mostly cloudy with isolated showers, some of which may be heavy and a chance of thunder.

SURFACE WINDS:
This afternoon through Tuesday midday: Northeasterly to southerly with a light to moderate breeze of 04 to 14 mph and higher gusts possible in or near showers, also becoming lighter and variable at times.

Instability and abundant moisture associated with Tropical Storm Peter will cause cloudiness, showers, and thunderstorms across the region. Residents and users of areas prone to flooding and rock-falls/mudslides should be vigilant.

A small craft advisory is in effect for St. Maarten as 9 feet swells generated by Tropical Storm Peter are expected in and around local waters today. Small craft operators and sea bathers are advised to exercise extreme caution.

STATE OF THE SEA:  Moderate to rough
WAVES/SWELLS: 5 to 9 feet 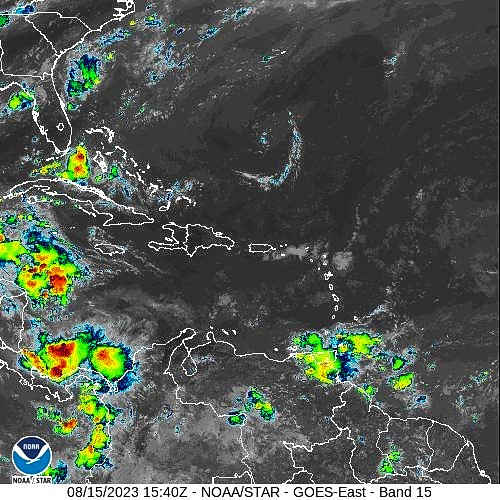 SPECIAL FEATURES:
1. At 11:00 AM (1500 UTC), the center of Tropical Storm Peter was located near latitude 19.5 North, longitude 60.9 West, or approximately 175 miles east-northeast of St. Maarten. The system is moving toward the west northwest at 15 mph with maximum sustained winds are near 50 mph (85 km/h) and higher gusts.

On the forecast track, Peter is predicted to pass about 145 miles north northeast of St. Maarten later today.
The Meteorological Department of St. Maarten will continue to monitor this system and update the public accordingly.

2. Tropical Storm Rose remains over the eastern tropical Atlantic and poses no threat to St. Maarten.

3. A well-defined tropical wave located just west of the African coast is likely to develop into a tropical depression during the next couple of days, as it moves generally westward across the Atlantic Ocean.

OUTLOOK through Wednesday midday: Partly cloudy to cloudy with isolated showers and a chance of isolated thunder.