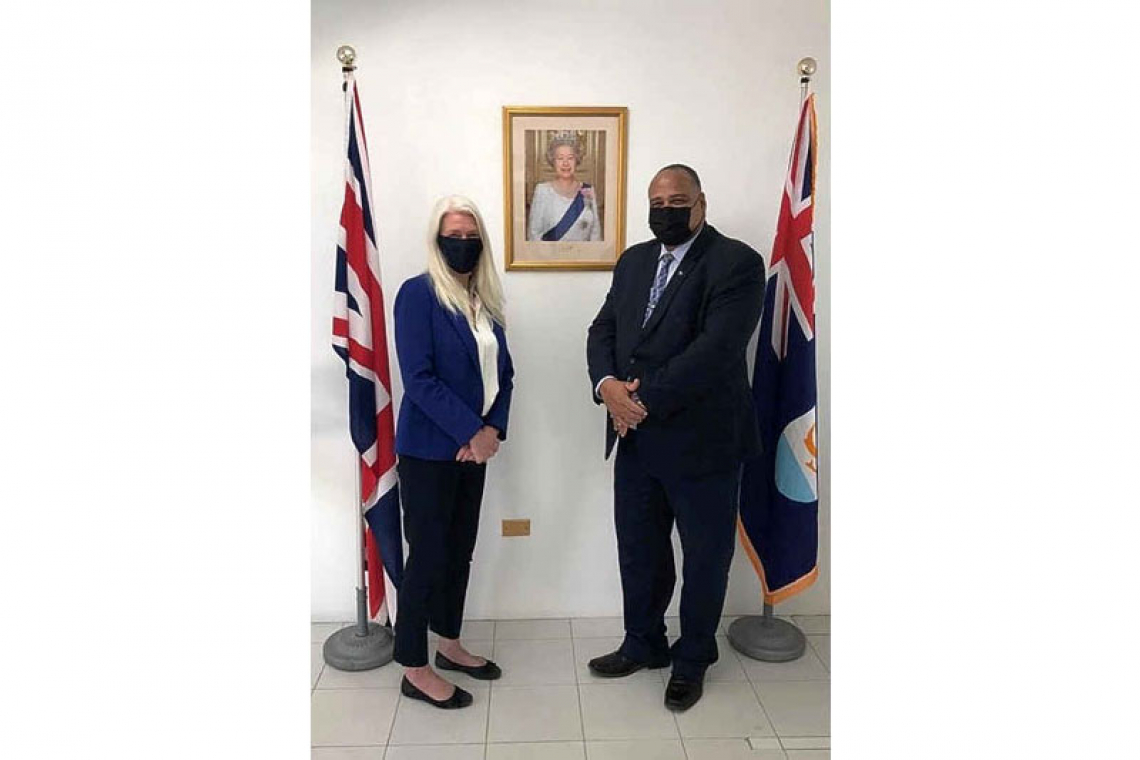 ANGUILLA--During the visit of UK Minister responsible for the Overseas Territories, Amanda Milling, several discussions took place with Premier Ellis Lorenzo Webster that he described as “far-reaching”. At the government press conference on Wednesday, March 23, Webster said that discussions with Milling were held on economic resilience for Anguilla and on the need for the island to have a stable and responsible economy. They also discussed Anguilla’s vulnerabilities as a small island state, including effects of the global economy, COVID-19, Brexit and Anguilla’s reputation with the Organisation for Economic Co-operation and Development (OECD) and the compliance needed.

He said that discussions also took place on the sanctions on Russia and its violation of the UN Charter and international law. They also talked about the Goods and Service Tax, social welfare, education, communication, employment, climate change and the Blue Shield programme. On a boat trip from Blowing Point to Sandy Ground the two ministers discussed conservation, protection and erosion. He said that protection from illegal entry was a major discussion.

The premier noted that the island has to be on a sustainable track with the well-being of the people coming first. He said that Anguilla’s financial position is tenuous, and the main goal is financial stability and financial independence.