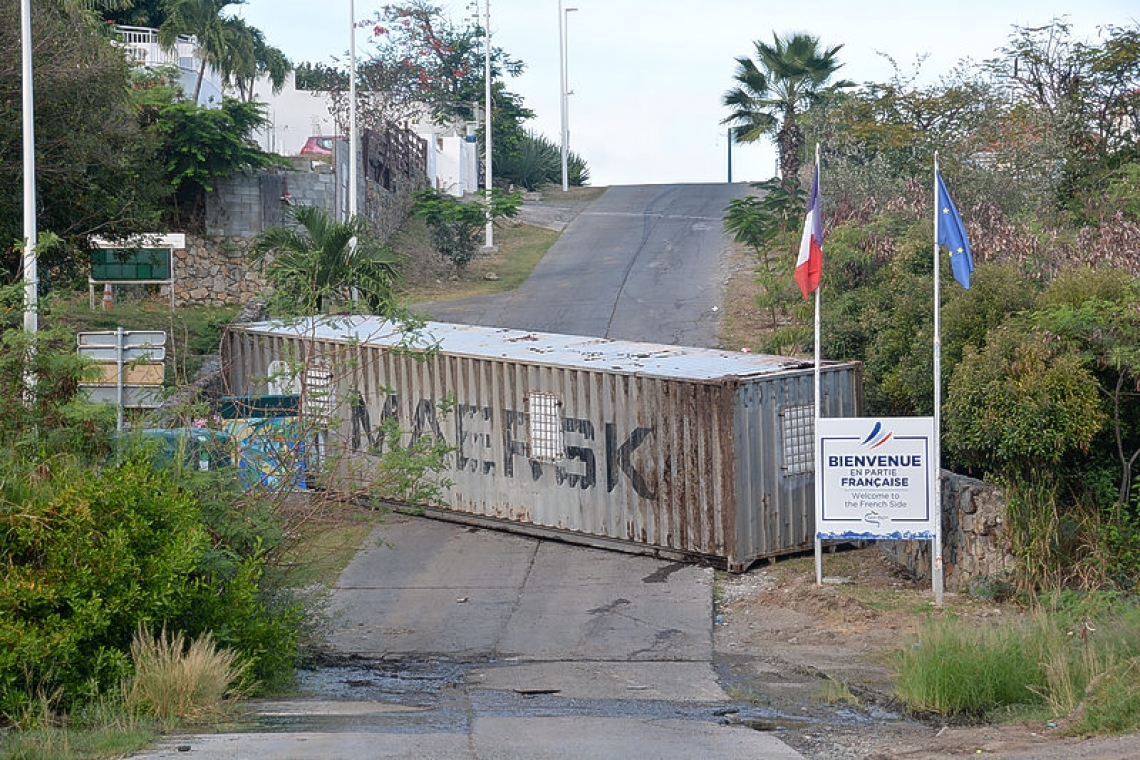 MARIGOT--The sight of containers blocking the road at Oyster Pond and Cupecoy after Dutch-side Prime Minister Silveria Jacobs lifted border controls created quite a stir on social media. Containers were replaced at the Oyster Pond border on Wednesday reportedly by the French authorities but confirmation of that could not be obtained.

However, the Préfecture had indicated in its press release on Sunday that the borders at Cupecoy and Oyster Pond would remain closed.

“The health of the population is the only argument that guides our decisions,” the Préfecture stated in its release. “It is for this reason population movements between the two parts of the island have been limited. St. Martin is still in a fragile health context and therefore has decided to maintain strict control between the two parts of the island for the next few days. “Entry into the French side of the island is only possible on presentation of a certificate. Checks carried out by the Gendarmerie and border police will be maintained at the Cole Bay border and in the French Quarter district (Belle Plaine). Access via Terres Basses and Oyster Pond remains blocked. “Each person must be in possession of a certificate justifying entry into the territory of St. Martin issued by the Préfecture (for compelling professional, health or family reasons) and Form C issued prior to May 16 by the government of St. Maarten. “The Préfecture will rapidly propose to the government of St. Maarten to examine, in conjunction with the Collectivité, the conditions that would make it possible to lift these last controls on travel to the French side, with regard to screening and follow-up of contact cases, as well as respect of hygiene measures and wearing of masks in public places, on public transport and establishments open to the public.”