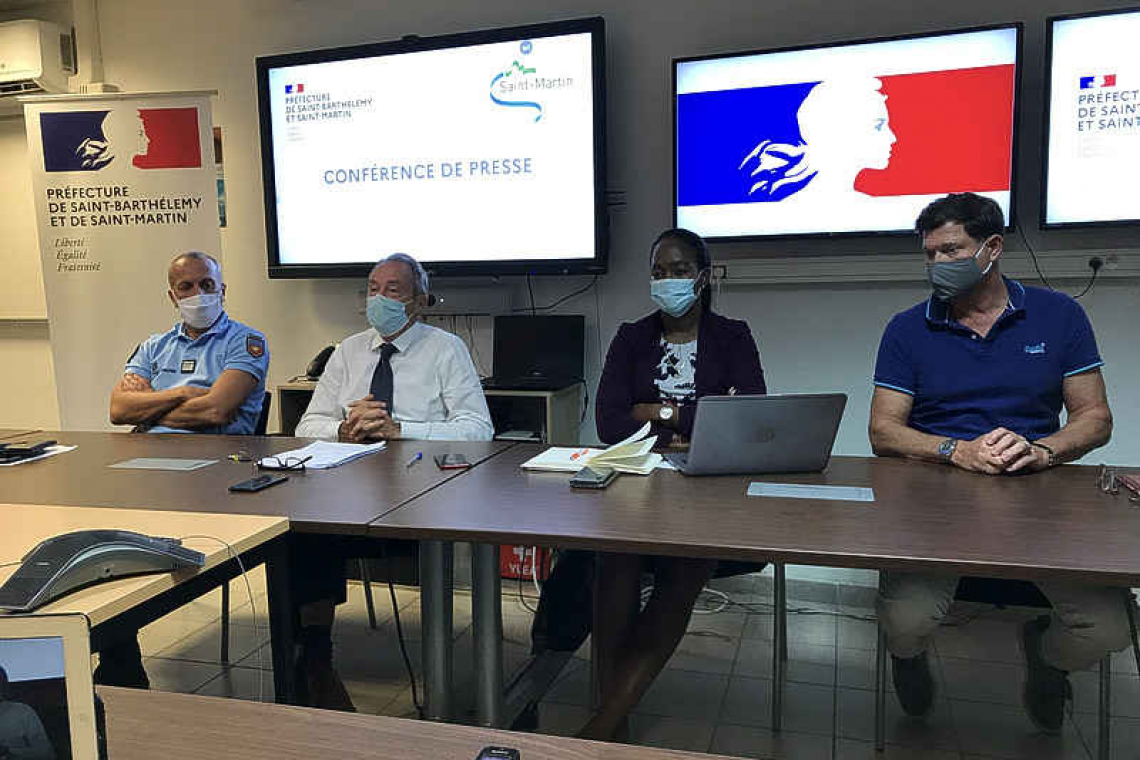 MARIGOT—An autopsy conducted Friday morning on the body of the French tourist (38) who perished in Orient Bay while swimming on Thursday has confirmed she was attacked by a shark, the Préfecture disclosed at the second press conference on this incident.

The 48-hour ban on swimming and watersports on all French-side beaches has been extended to Wednesday, December 16, First Vice-President of the Collectivité Valérie Damaseau announced. The latest developments have been passed on to the Dutch-side government which may implement similar measures if it considers it necessary. Damaseau added the extension gives more time for authorities to manage what is an unprecedented situation.

This is the first ever fatal accident recorded in the French West Indies involving a shark attacking a human being.  Commandant of the Gendarmerie Stéphan Basso said the autopsy revealed multiple bite marks on the left leg, foot and hands, and five very large bite marks on the right leg which was also partly severed. He said there was no doubt the woman died in the water from these injuries.

Basso added the size and type of shark is yet to be confirmed as the information and photos will be sent to shark experts in Réunion Island and Tahiti for their analysis. Sous-Préfet Mickaël Dore said indications were that the shark was of a significantly large size, “probably a Tiger shark” which can grow to three to four metres according to Rserve Naturelle Director Nicolas Maslach.

Dore said this was an exceptional accident, never before seen in St. Martin, adding that a company has deployed a drone to scan the ocean for sharks and divers have also been looking for evidence of sharks but without results.

Maslach explained there are some 40 species of shark in the Caribbean that have always been here, some aggressive and some docile, and it was nothing unusual to have sharks in St. Martin waters. “What is exceptional is that there has never been an attack until now,” he said.

Halting the habits of throwing garbage and other detritus in the water as well as illegal shark fishing is an important preventive measure as this indirect feeding of sharks alters their behavior. He noted that dead or injured turtles in the water will also attract sharks as evidenced by bite marks on their shells.