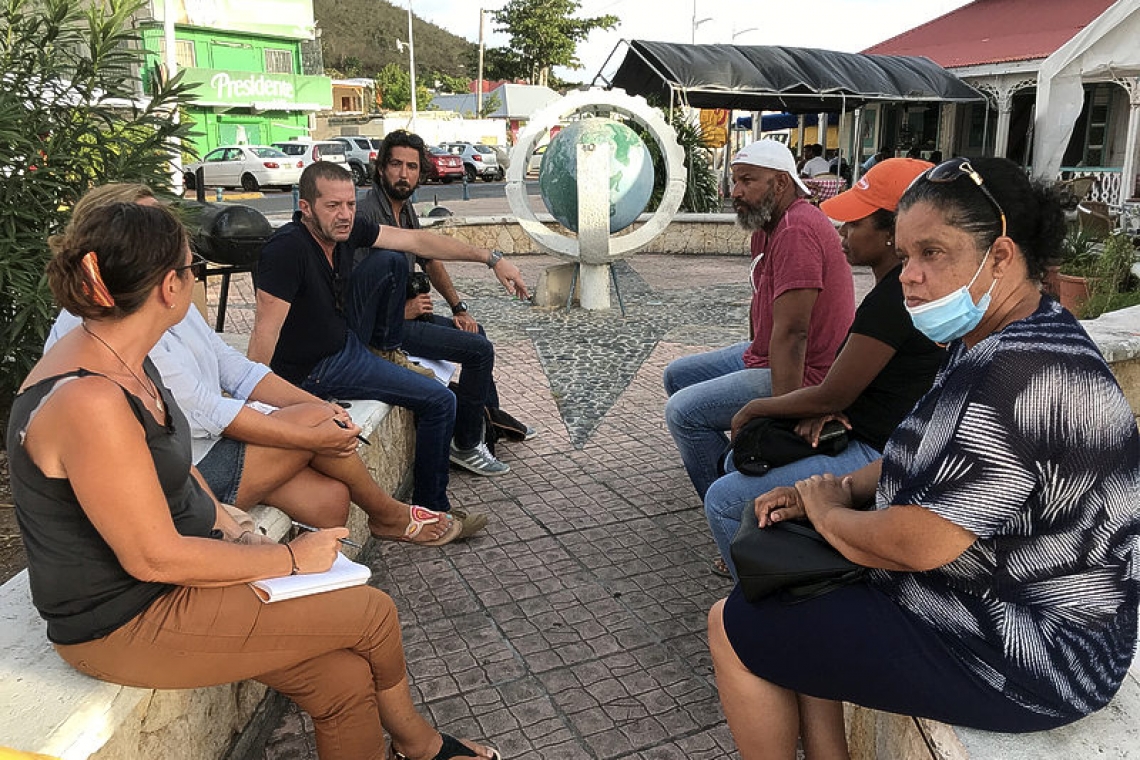 MARIGOT--District representatives have said they are “satisfied” with Minister Annick Girardin’s visit last week to announce that the Lacroix Mission’s recommendations for the natural risk prevention plan PPRN re-write was accepted, but they still feel the need to be vigilant until the final version has been proofread.

Cédrick Andre, Isabelle Artsen and Angèle Hodge (Jimmy Gumbs was absent) met informally with reporters on the waterfront as a follow-up to the PPRN meeting with the minister.

“The fact that she made this visit unexpectedly showed she has good intentions. She listened and the result is good progress,” said André. “The problem was the rigidity of the Préfecture [State – Ed.]. I asked her to give us two to three weeks to go over the plan if we need to make any adjustments. She also understood that our identity and culture should be respected.”

In addition to the seven recommendations, Hodge said she was concerned about an eighth point that was added in at the meeting. “That point, a national measure, did not have much specification to it and that has left us a bit in the dark and we need more clarification,” said Hodge.

“It’s like I say: you keep the shirt and I keep the pants, so neither one of us is dressed. There’s always going to be that problem of not overstepping one’s ground, and who is in charge of what. My fear with the PPRN is that we are going to be even under stricter controls by the State on competences that are supposed to be the Collectivité’s responsibility.”

Hodge said the people must be in the conversation during the public enquiry this time around, to give their input in French and English. “The first time it was just dictated to us that this is how it is going to be.”

The representatives stopped short of declaring a victory and declined to say whether this was now an end to any more demonstrations.

President Daniel Gibbs regretted that the December 2019 protests had blighted the image of St. Martin “because they could have been avoided if the State had listened to local elected officials and the population.

“The great haste of the local representation of the State to produce a decree to implement a rigid and inflexible natural disaster prevention plan, disregarding the voice and warnings of local government, led to great social unrest. We must now turn the page and move forward on the elaboration of this new plan. Rest assured, the Collectivité will be fully committed to working on it alongside State services.”