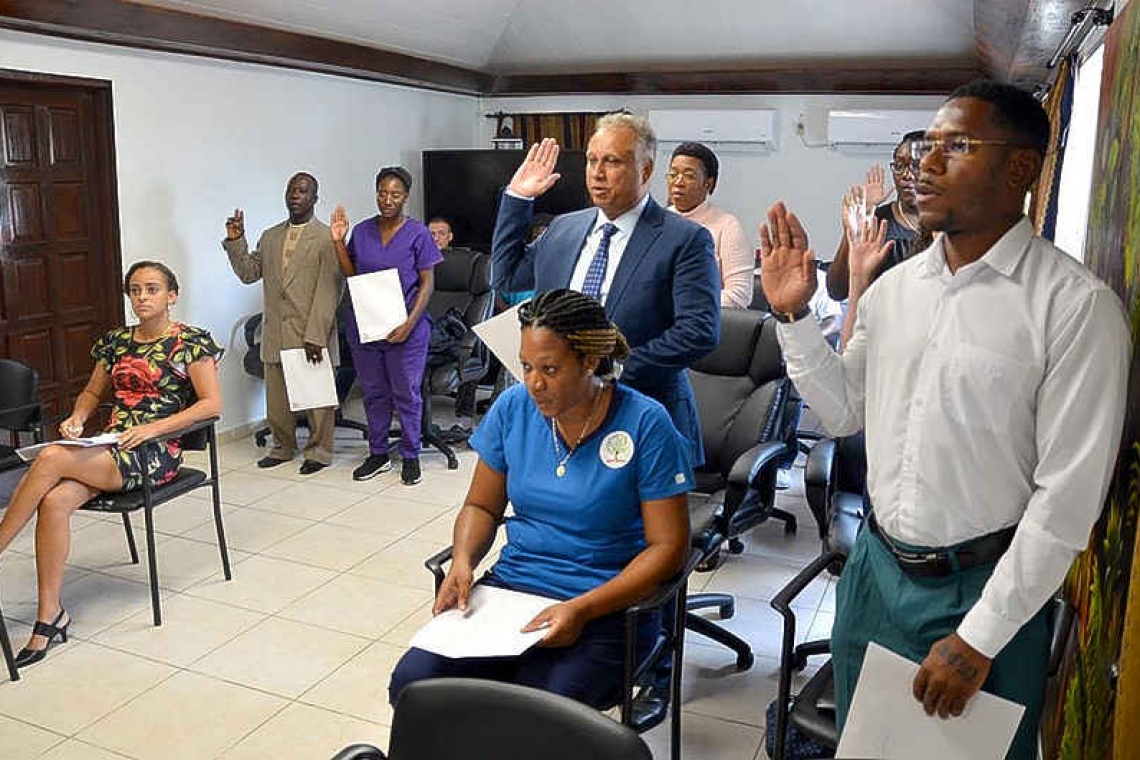 Twenty civil servants, most of whom recently started working at the public entity Saba, were officially sworn in on Thursday, July 9.

The civil servants all took the oath of office under which they promised to uphold the rules and regulations of government. Island Governor Jonathan Johnson addressed the gathering with an explanation of what being a civil servant means to government. The civil servants were sworn in immediately after the governor’s address. They signed their certificates as proof and submitted a copy for the public entity’s records. A toast, light snacks, and drinks followed the ceremony.