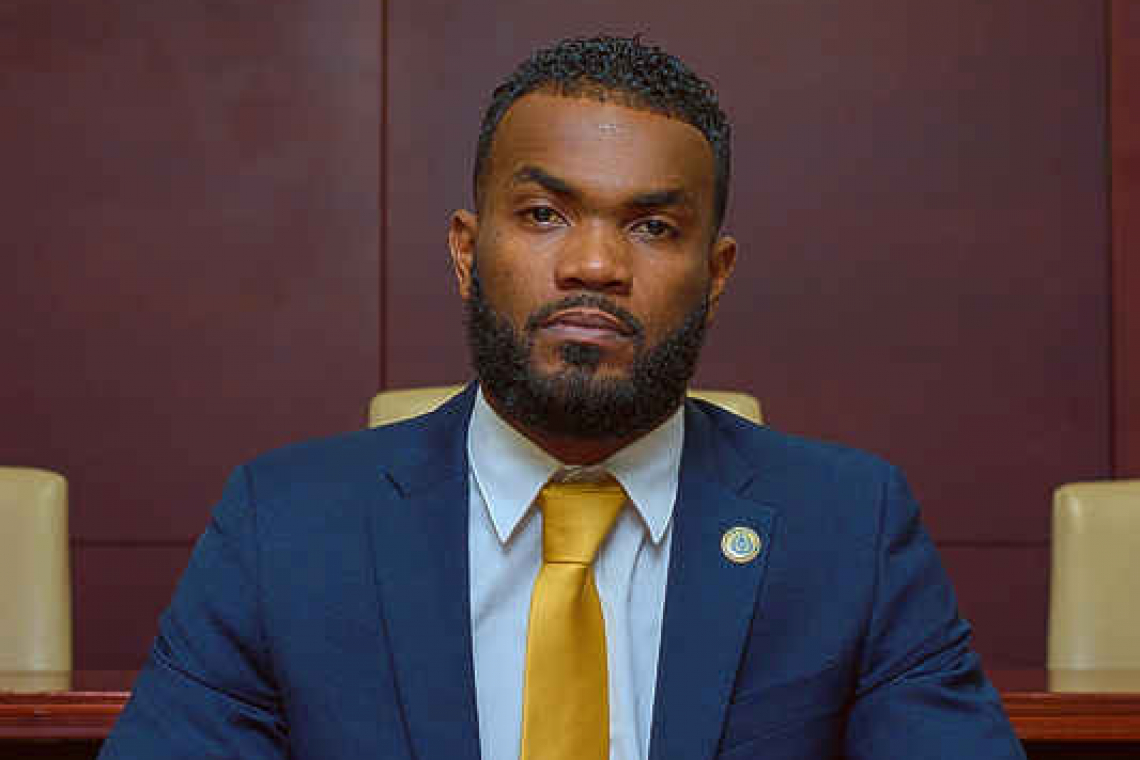 PHILIPSBURG--Party for Progress (PFP) Members of Parliament (MPs) Melissa Gumbs and Raeyhon Peterson have outlined an alternative to the Caribbean Body for Reform and Development COHO in a position paper sent to the Parliaments of St. Maarten, Aruba, Curaçao, and the Netherlands.

According to the PFP, the respective governments should set qualification criteria for their appointed representative. This will ensure that Steering Committee members will be appointed on merit, rather than political favouritism. The PFP MPs also suggest that St. Maarten’s member on the post-Hurricane Irma Trust Fund Steering Committee be excluded from selection.

The new Steering Committee as a whole (all five individuals) would provide quarterly updates on project budgets and deliverables across the three Caribbean countries. However, within the larger Steering Committee, there should also exist three sub-Committees, consisting of the representatives of the World Bank, the Netherlands, and the respective country.

The country-specific Steering Committee would be responsible for assessing and approving the reform projects specific to that country’s country package, and then allocating and disbursing the required funds to the respective country government. Decisions should be made unanimously, as PFP believes that this will diminish the democratic deficit that is present in the current COHO structure. It will also remove the overarching power of the BZK Minister.

“St. Maarten, through the execution of the St. Maarten Trust Fund, has developed a relationship with the World Bank. Through this Trust Fund, the World Bank oversaw the financial management of the post-Hurricane Irma funds. However, the planning, execution, and management of the projects are done by the National Recovery Program Bureau (NRPB) on behalf of the government of St. Maarten. The precedence has therefore been set within the Kingdom for Dutch taxpayer funds to be managed by the World Bank,” said MP Peterson.

“The Steering Committee structure distributes decision-making power to each of the parties involved, thereby guaranteeing the autonomy of the islands and ensuring our full involvement. Besides, the COHO’s entire structure, even down to the number of persons on the board, is essentially a recycled version of the current post-Hurricane Irma Trust Fund Steering Committee anyway,” noted MP Gumbs.

The PFP MPs anticipate that some St. Maarten and Dutch MPs would object to a new Trust Fund, especially because St. Maarten’s recovery efforts after Hurricane Irma have been slow. However, MPs Gumbs and Peterson point out that St. Maarten’s capacity to implement World Bank projects has grown in the last five years. Additionally, they argue that the World Bank, given its strict, bureaucratic procedures, is probably not the best vehicle for short-term relief projects. Instead, it is better suited for long-term reform initiatives, such as those outlined in the country packages.

If a new Trust Fund cannot be established, PFP’s position paper also outlines necessary amendments to the draft COHO law that they hope will be supported by the Parliaments of the four countries of the Dutch Kingdom.

PFP wants a dispute regulation inserted into the draft COHO law, as well as a provision stating that the entity must be established in each of the Dutch Caribbean countries. The MPs will seek to remove the Articles that give the CFT more oversight into the budgetary process, as well as those that empower the Minister of BZK to unilaterally instruct the COHO.

However, these amendments still do not go far enough. The PFP MPs also want to insert an Article that enables some of the loans to be converted into grants if certain conditions and/or reform deadlines are met.

PFP also wants to see the 12.5 per cent cuts to the remuneration packages of civil servants be eliminated by the end of 2022. “To generate ownership and buy-in to the basic goals of the COHO, we firmly believe that the existing 12.5 per cent cuts should be removed, which will restore full benefits to civil servants. Our cost of living has increased substantially, and we know that this is a phenomenon the Dutch government recognises, considering recent reports of food and fuel prices in the Netherlands. While this inflation trend was started by the COVID-19 pandemic, the current conflict between Russia and Ukraine has made it worse,” said MP Peterson.

Finally, PFP considers it necessary to include provisions for the training of local human resources.

“The intention of the COHO should not be to lock the three Dutch Caribbean countries into a never-ending dependency cycle of importing European Dutch technocrats. We believe the COHO should present an opportunity to strengthen local capacity across Government, Government-owned companies, and the High Councils of State,” said MP Gumbs. “Existing public servants and eligible professionals should receive high-level training in project management, crisis management, project writing, procurement, as well as in other areas identified as critical in previous assessments. Additionally, a ‘match-maker’ program should be offered to our students and young professionals at home and abroad, with incentives for them to fill the critical or soon-to-be-critical vacancies.”

The PFP MPs look forward to discussing the position paper with their counterparts during the IPKO, which will be held in St. Maarten from May 4 to 6.

PFP said in a press statement that although some St. Maarten MPs have critiqued the COHO and its accompanying draft Kingdom Consensus Law, PFP wanted to go beyond mere criticism and thus set about creating an alternative that can be debated by the Parliaments of the four countries in the Dutch Kingdom.

The PFP MPs believe that a new World Bank agreement is this viable alternative, as it would sufficiently balance the needs of the Netherlands (sound financial management of Dutch taxpayer money) and those of the Dutch Caribbean countries (maintaining autonomy).

“I cannot support the COHO in its current form, as I believe it puts too much authority and unilateral decision-making into the hands of the Minister of Internal Affairs and Kingdom Relations BZK, at the expense of the governments and peoples of the Dutch Caribbean countries,” explained MP Gumbs. “At the same time, this does not mean that we can put our heads in the sand and pretend as if the COHO’s conditions will magically disappear. There will be conditions whenever we take money from another party, as anyone with a personal mortgage knows all too well. We have to face the harsh reality of global geopolitics. Loans from the International Monetary Fund (IMF) would also come with conditions that infringe on our autonomy, whether we are part of the Kingdom or not. The question is not whether there should be conditions, but rather if these conditions are reasonable, fair, and made in good faith.”

Questioning whether the COHO is reasonable and fair was the starting point of PFP’s analysis.

“We can conclude that the powers that the draft COHO law grants to the Minister of BZK and the Committee for Financial Supervision CFT are unacceptable. This is especially evident when we consider how it strips authority from Parliament - the representative body of the very people that the COHO claims to be helping. From our perspective, to diminish the capacity of the people’s representative body will not improve good governance, Kingdom relations, or our ability to manage the country’s affairs. Additionally, it is still unclear if the COHO, at the end of its lifespan, will improve each country’s capacity to absorb external shocks, such as extreme weather events brought on by climate change, global recessions, or another pandemic,” said MP Peterson.

“This means that the Minister of General Affairs cannot stop an instruction, and he or she would essentially only be informed of it. On paper, this Article is meant to protect St. Maarten if the COHO acts outside the agreements set forth between the islands and the Netherlands. But this Article is a double-edged sword. In our opinion, it will be used against Country St. Maarten - a loophole or ‘vangnet’ so that the Netherlands can swiftly change the execution agenda without any repercussions,” added MP Peterson.

“No amount has been allocated to the COHO, in terms of what each country can expect as liquidity support for structural reforms. The draft law also expands the role of the CFT. As it stands, the CFT will assess the reform action plans to determine if they are in line with the country’s budget. Allowing the CFT to suddenly test the budget’s policies, and not just the numbers, is the responsibility of Parliament and negates Parliament’s budgetary right,” notes MP Gumbs. 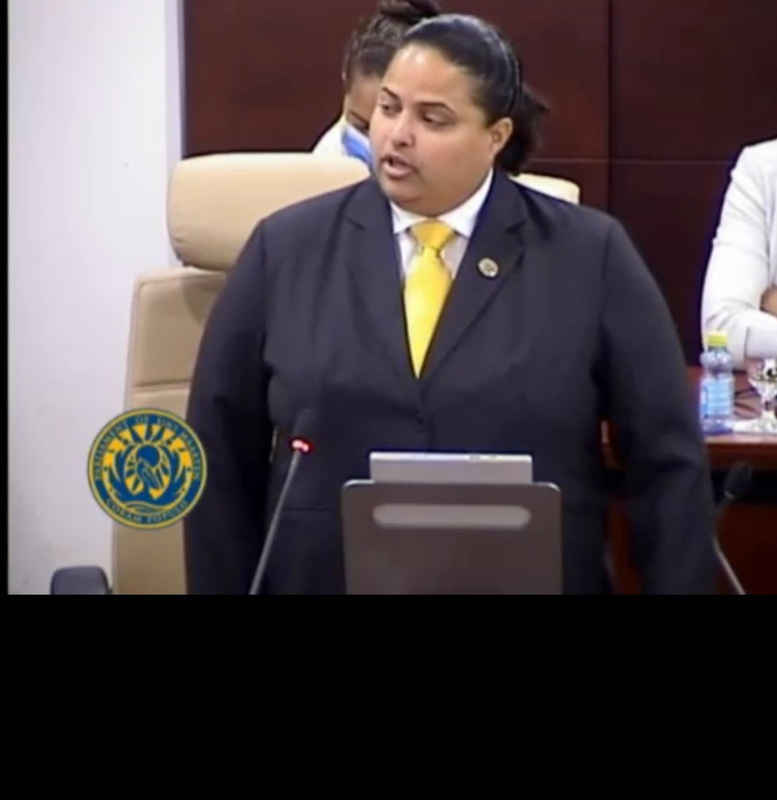