Petition to have statue for Curaçao ex-prime ministers 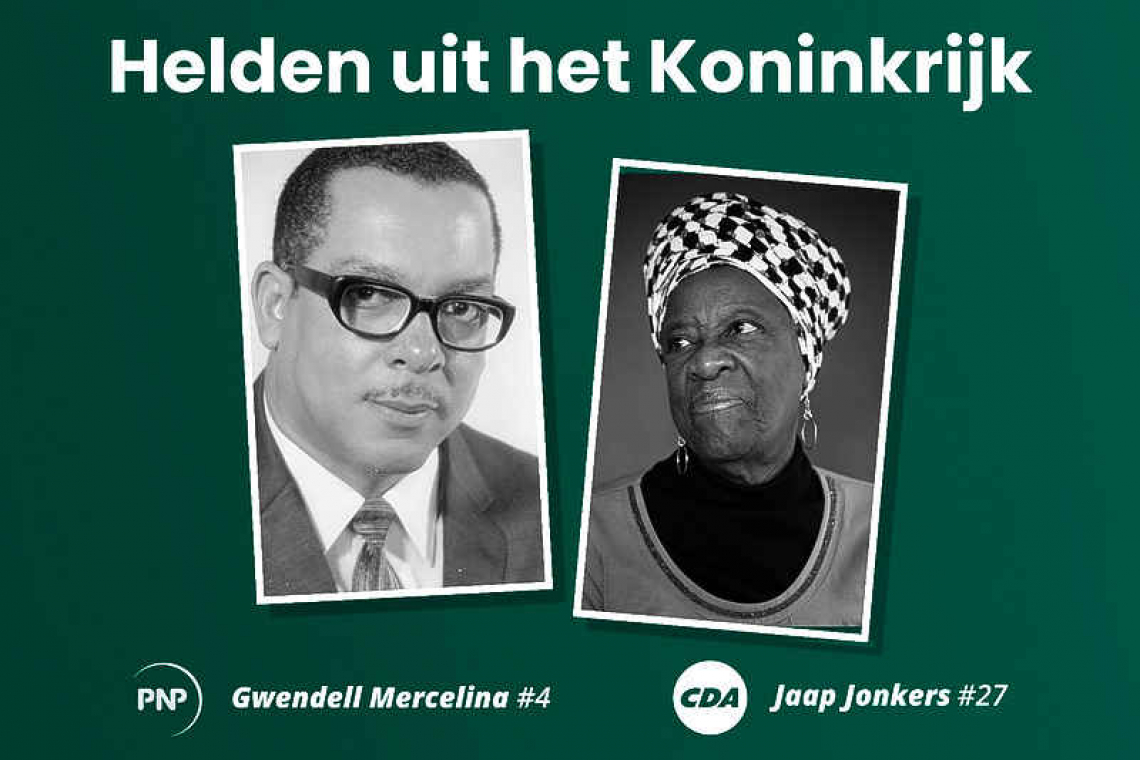 THE HAGUE--Candidate Jaap Jonkers for the Christian Democratic Party CDA in the upcoming Dutch parliamentary elections wants to have statues in honour of two former Curaçao prime ministers, Maria Liberia-Peters and Juancho Evertsz, in the Netherlands.

Jonkers started a petition to have statues for the two prime ministers, whom he calls “Heroes of the Kingdom.” “It is important to give recognition to colourful citizens who have contributed to our kingdom,” said Jonkers, who launched the petition together with aspiring Curaçao politician Gwendell Mercelina, Jr. of the National People’s Party PNP.

Jonkers and Mercelina said they were partly inspired by the inauguration of US President Joe Biden and US Vice-president Kamala Harris. “We would like to draw the attention to the diversity in our kingdom. A tribute in the Netherlands on behalf of the entire kingdom to Maria Liberia Peters and Juancho Evertsz is part of this.”

The petition can be found via

https://actie.degoedezaak.org/petitions/standbeelden-voor-maria-liberia-peters-juancho-evertsz. Mercelina and Jonkers want to present the petition to the Second Chamber of the Dutch Parliament on March 4, a little less than two weeks before the elections, and to Minister of Home Affairs and Kingdom Relations Kajsa Ollongren.

Mercelina and Jonkers said they want to build a bridge between the Dutch Caribbean islands and the Netherlands. “Giving recognition to colourful people from the islands is part of this.” Mercelina is number four on the PNP slate for the March 19 elections in Curaçao. Jonkers is number 27 on the CDA slate. The CDA is a sister party of the PNP.