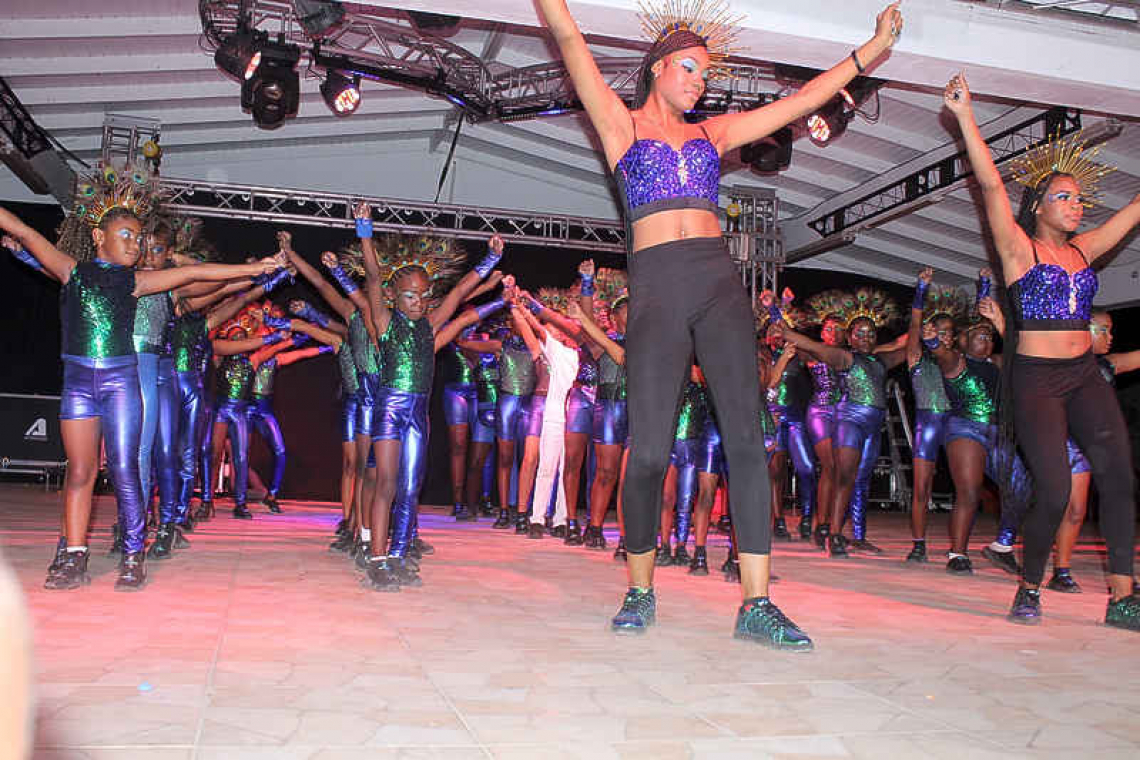 The Happy Feet troupe performing on stage at the Carnival Village.

ST. EUSTATIUS--Statia Carnival’s Second Day Grand Parade drew a larger crowd than Saturday’s First Day Parade. Persons lined the streets from the start of the parade at The Sandy Road and at every stop along the parade route to have a chance to view the beautiful outfits and the wonderful dance moves of the participating troupes. 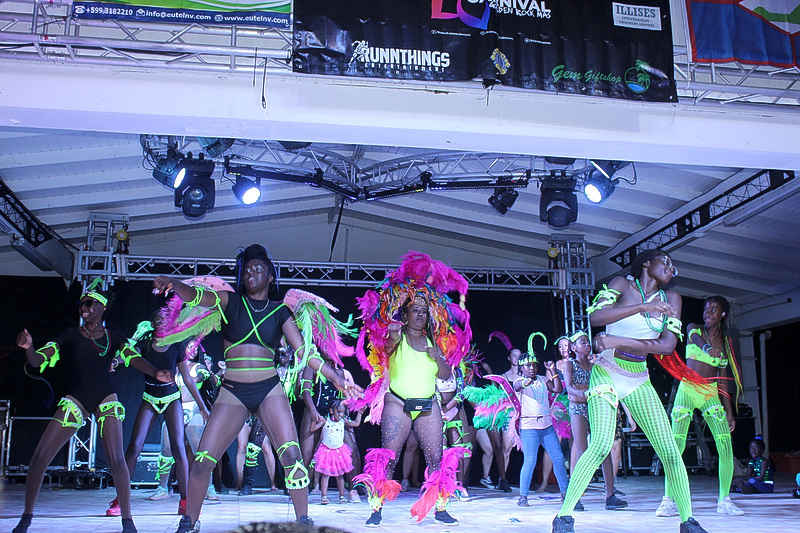 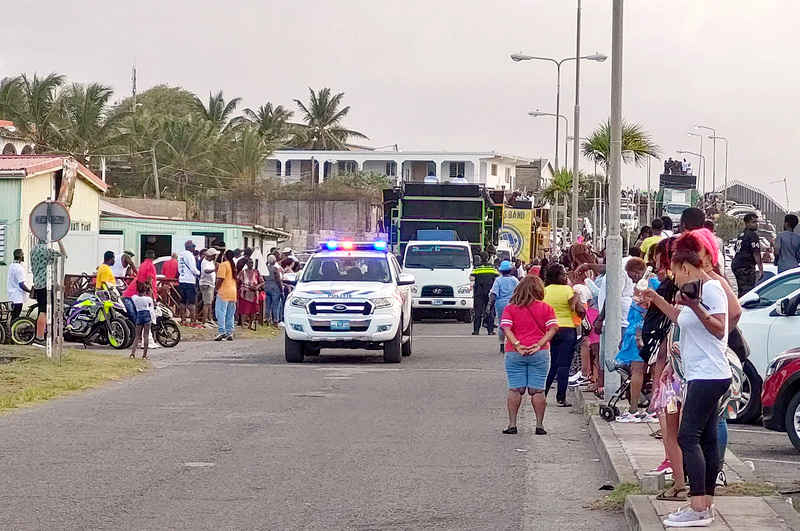 The Second Day Parade was arranged so that the troupes and the bands would circle Gibbs Pasture three times so that the spectators would not have to venture far to watch the parade.

Several troupes participated in the Second Day Parade, such as the longest reigning Statia Carnival troupe Carnival Survivors, the Multimix troupe, the Golden Revellers led by Teena Lopes, which is sponsored by EUTEL NV, the Caribbean Tribes troupe led by Julissa Woodley and the Boardwalk Revellers.

Many troupes welcomed new members joining their ranks. Also joining the troupes’ line-up for the second day was the children’s troupe The Happy Feet led by Sharday Bennett.

The parade had four bands on the road providing music to the troupes while also entertaining the public with their upbeat music. These four bands were the Rebels HD band, Jamm Boyz, Turbulanz band and the D’Vybzz band.

The parade ended at the Carnival Village at Mike van Putten Youth Centre/Lion’s Den, where a few troupes went on stage to perform for the audience. The choreographies of the troupes were on point and quite entertaining.