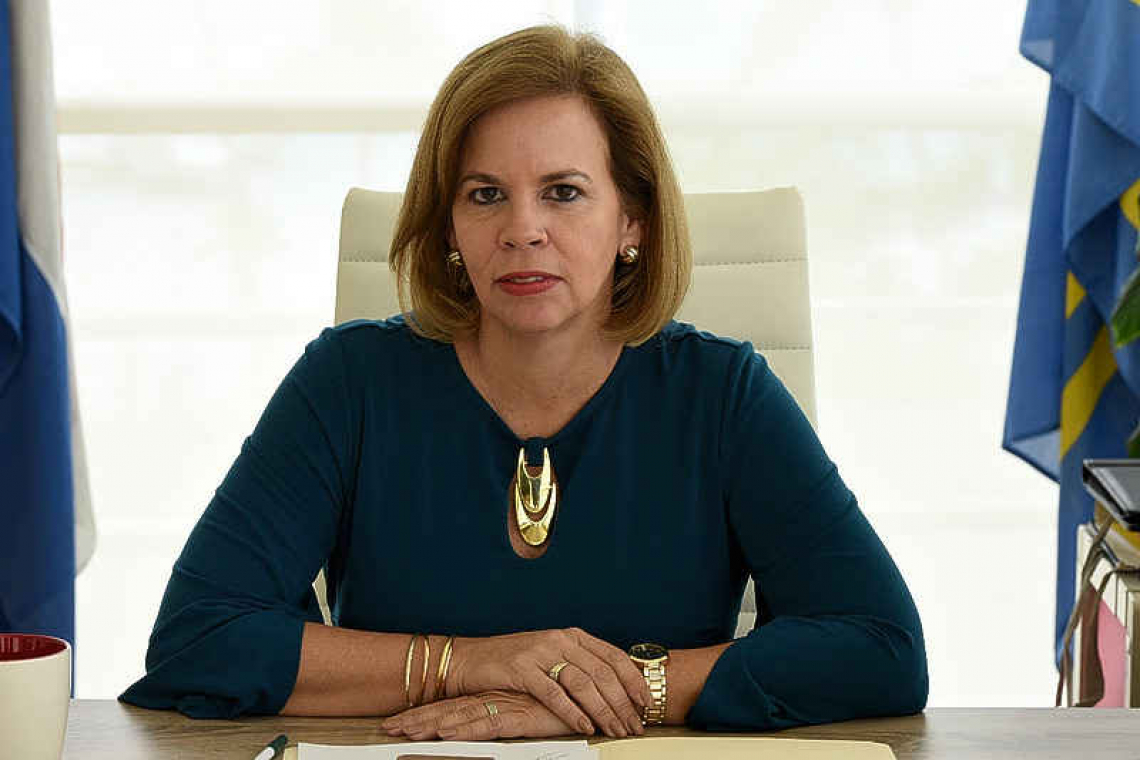 ORANJESTAD--Aruba is well on its way to establishing a broad integrity programme, the first step being the creation of the Bureau Integrity Aruba (BIA) which will take off per November 1. Due to financial constraints, the Integrity Chamber will be set up at a later date.

On Tuesday, Prime Minister Evelyn Wever-Croes and Justice Minister Andin Bikker, during a meeting of the Aruba Parliament, elaborated on the pillars of integrity that government has been working on, the importance of integrity in government, and the steps that are being taken.

After much preparatory work, which included the input of an expert committee with the attorney-general, the head of the security and intelligence service NVA and the director of the Central Accounting Service, the BIA can start on November 1 with the appointment of a director and staff. The building is ready and equipped, stated Wever-Croes.

The BIA will act as a reporting point for integrity cases, a whistle-blower’s function, a place where civil servants and citizens can take information that they have of possible corruption. The bureau will inform the concerned department, and in case the information clearly points to a punishable act, the Prosecutor’s Office will be notified.

The bureau will also have a preventive task by actively providing information about how to promote integrity, how to pick up on signals of corruption and creating more awareness. This will be done through workshops, lectures and courses. Department heads will receive information about integrity and the shared responsibility that they carry.

The Integrity Chamber, which had to be put on hold for a little while due to the financial situation, will be a committee that will scrutinise all big decisions by government, especially where it concerns public tendering processes. Plans to start up the Integrity Chamber will resume in 2021, Wever-Croes stated during the Parliament meeting.

The same committee was also asked to draft a law to regulate the standard setting of top-level incomes in government and government companies and institutions. Under the so-called Wever-Croes norm, the salaries of directors of government-owned companies are limited to 130 per cent of the prime minister’s salary. The law proposal will be handled in Parliament shortly.

Wever-Croes explained during Tuesday’s meeting in Parliament that at the time of the appointment of her government in 2017, a large corruption investigation was ongoing, followed by several more in the past few years, and that the public largely mistrusted government.

According to Wever-Croes, corruption has not stopped. “I am offended and ashamed to say that even though we are in a crisis situation and we are working hard to rescue our country, some people think that they can continue the practices of the past. That gives me a greater determination to combat corruption and to give off a signal that we don’t accept these past practices.”

Wever-Croes said it was obvious to everyone that too much money was squandered or remained uncollected in corruption cases. She noted that combating corruption would also help to solve the country’s financial problems. She emphasised that she was not a kindergarten teacher and that every minister needed to carry his or her own responsibility in the fight against corruption.

The prime minister congratulated the Parliament for recently approving the law that regulates the financing of political parties. This is one of the laws to help combat corruption. She pointed out that this law, which aids in combating corruption, was needed because when a person enters politics, the risk increases that large sponsors will buy that person’s integrity.

“This has happened a lot in Aruba, because there are people who think that by buying the integrity of a Member of Parliament or a minister, that they have the entire government in their pocket. This is a real fight and it is hard, but when you have the truth and integrity on your side, you do not have to fear anything,” she stated. The new law will aid in ending this outside pressure from sponsors.

Another project that government is executing is the National Integrity Scan, a baseline assessment to check how integrity is faring in Aruba. This is being done in conjunction with the Good Governance Foundation, a local watchdog organisation.

The National Integrity Scan is financed by the Aruba government, the Dutch government and the local private sector. The intention is to regularly repeat the scan to see if indeed integrity is advancing on the island.