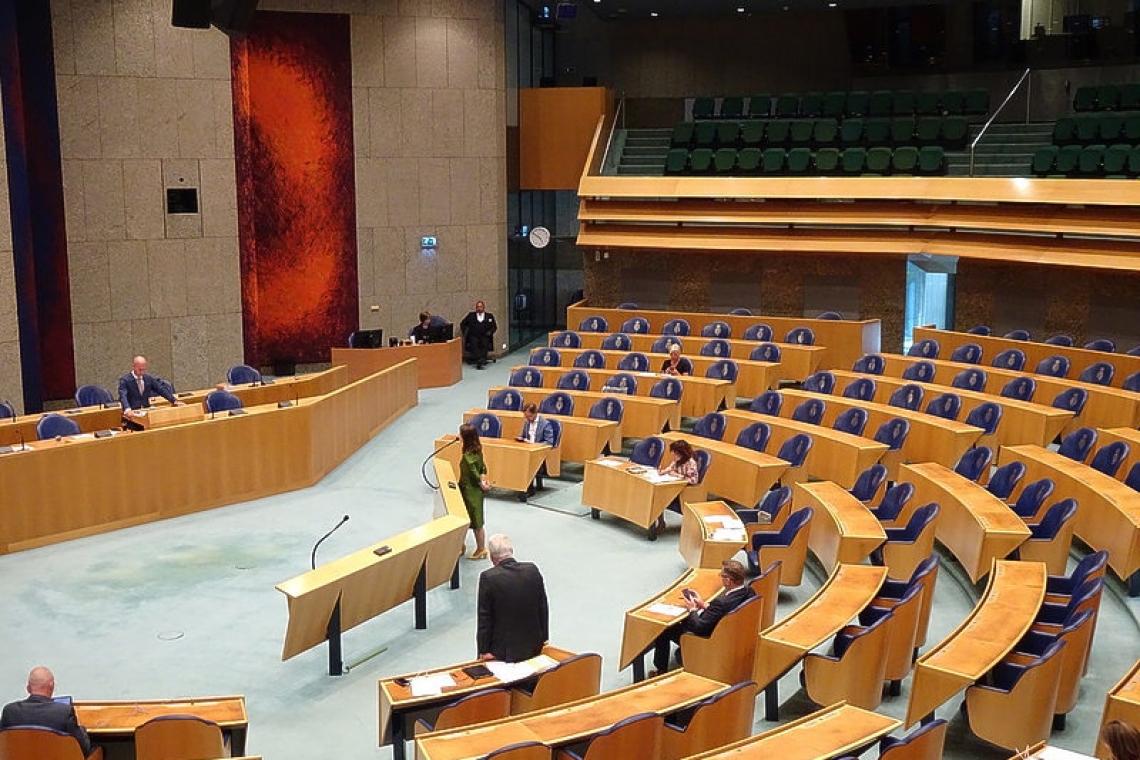 THE HAGUE--Running St. Eustatius has been no easy task for The Hague since it took over early 2018. The challenges were, and remain big. The problems were more complex than anticipated which has resulted in disappointment.

The Second Chamber of the Dutch Parliament shares the disappointment, it became clear during a plenary debate with State Secretary of Home Affairs and Kingdom Relations Raymond Knops on Wednesday to discuss the law which should gradually restore the government system and democracy after an extensive exercise of broad improvements.

Almost all Members of Parliament (MPs) who were present during the three-hour debate expressed their disappointment that there has been too little progress for the Statia people since the Dutch government took over more than two years ago, sending home the executive council and the island council.

Despite the fact that The Hague invested a lot of money and manpower, basic provisions are still not up to par: such as the availability of drinking water, more social housing, proper roads, and solid waste management. Education, childcare and public administration were mentioned as areas where positive results were achieved.

“People had water, but that needed to be improved. When that was improved, the people had no drinking water. People on the island thought: ‘That is not improvement’,” said MP Ronald van Raak of the Socialist Party (SP), who was critical of the meddling by the 10 ministries in The Hague and the large amount of money and effort that has been invested, without enough to show for it.

“I am very critical of what we have achieved there in the past two years. For many Statians, too little has changed. They do not have proper access to drinking water. Many roads are only being now constructed. Poverty is a huge problem. There are no prospects. The largest private employer is sending many people home. I find it hard to explain that we came with a lot of fuss, but that we managed to accomplish too few results for the regular people,” said MP Attje Kuiken of the Labour Party PvdA.

MP Antje Diertens of the Democrats D66, together with Kuiken, spoke with a number of people on the island in preparation for handling the law proposal. She said she was shocked by the level of apathy and anger, and the frustration with local politics. “People have little trust in politics. Fear and accusations often block their rational thinking.” Diertens said that because of political exclusion, some groups did not participate or did not want to participate.

MP André Bosman of the liberal democratic VVD party said he wanted action in terms of road construction and gave Saba as an example of how things can work. “Saba is doing things locally. They just fix it. In my opinion, that should be possible on St. Eustatius too.” He said the Dutch should not overdo it with their know-how. “I do not want complicated road-surfacing material, hectometre signs or matrix billboards. I just want concrete to be poured and to construct roads. We should keep it simple.”

State Secretary Knops acknowledged that the improvements in some areas have been taking longer than originally planned. On the other hand, a number of things have been achieved and in the coming period, the list of accomplishments should be expanded.

“It is a joint effort that we have to make: [we have to – Ed.] keep working on things and show that we can do it. It is not easy, that is true. We do not have to say that everything went perfectly. We are not there yet, but I hope that in a new phase, also with an elected island council, followed by the appointment of the executive council, we can take the next steps together,” said Knops.

The entire Second Chamber supported the February 2018 decision to intervene in St. Eustatius due to what was called “gross negligence” on the part of the then Statia government. The Second Chamber still stands behind the need for that intervention and the intention to make things better for the people.

“The neglect of tasks was immense, and when we dug deeper, we found that it was worse than we thought,” said Bosman. “The task in 2018 was big. Not only did a lot have to happen in the public administration, but also the level of facilities was under serious pressure,” said MP Stieneke van der Graaf of the Christian Union.

MP Chris van Dam of the Christian Democrats CDA also mentioned the complexity of the intervention. “Since the Netherlands has taken over, heaven has not landed on St. Eustatius as yet. It, [the issues], turned out to be more persistent than we anticipated. And that is not only about the 12 criteria that the island government needs to meet, but also about roads, the water system and roaming goats.”

The state secretary said that indeed it has been a complex period and that there was a lot of backlog in maintenance. “But I dare say that we have set the right things in motion. Some things are taking more time than we expected.”

MP Kuiken remained critical and said that things were taking too long, also because of the involvement of 10 ministries. She said it was the role of Parliament to keep on top of things. “The Statia people cannot be here, they need us to stand up for them. We will remain in a bad mood as long as people have to spend US $50 for a healthy family meal, and are waiting on the construction of a road, or have insufficient access to drinking water,” said Kuiken.

According to Knops, the main issue of the debate to handle the law proposal was the question of how to restore democracy while at the same time guaranteeing that the efforts of the past years are sustainable.

Considering that the backlogs were greater than anticipated, and that more time was needed to get financial management in order and to improve public administration, it proved not to be feasible to end the current intervention that was originally meant to last two years, Knops explained. “That is why we are now discussing a new law proposal.”

The law proposal is set up in such a way that things will not return to the old situation, by including four main steps and 12 criteria that must be complied with before all power is restored to the executive council and island council. The island council elections are slated for October 21.

MP Machiel de Graaf of the Party for Freedom PVV said the law proposal included a solid roadmap to work towards the restoring of democracy. He complimented Knops on this aspect and said that his party leaned towards supporting the current law proposal.

Van Dam asked for a concrete route-map with a timeframe. “The return to complete democracy depends on the completion of the 12 criteria. How will the state secretary keep the speed in this process despite the lack of a concrete timeframe? Would it not be wise to draft a concrete roadmap to enable a better check on the supervision and progress?”

MP Nevin Özütok of the green left party GroenLinks also asked for a roadmap with a timeframe. “Today we discuss the extension of the Dutch authority in St. Eustatius. Apparently, the situation has insufficiently improved to leave the governing up to St. Eustatius. That is not a light matter. We need exact insight into what is still needed, why that cannot be left to St. Eustatius authorities and when St. Eustatius can again be in charge of its own affairs,” she said.

Arguing that this exercise – which has such a serious impact on the island – cannot be carried out with what she called “carte blanche,” Özütok, with the support of MPs Van Dam, Bosman, Diertens, Van der Graaf and Kuiken submitted a motion at the end of Wednesday’s debate. The motion asked the Dutch government to have a route timetable drafted, in consultation with the new island council and to inform Parliament before February 1, 2021.

In the motion, it was concluded that the Law on Recovery Provisions for St. Eustatius would cease on September 1, 2024, and that the gradual return to complete democratic relations would not only require meeting a set of criteria, but that it was also important to have clear milestones in time. The motion will be voted on next Tuesday.