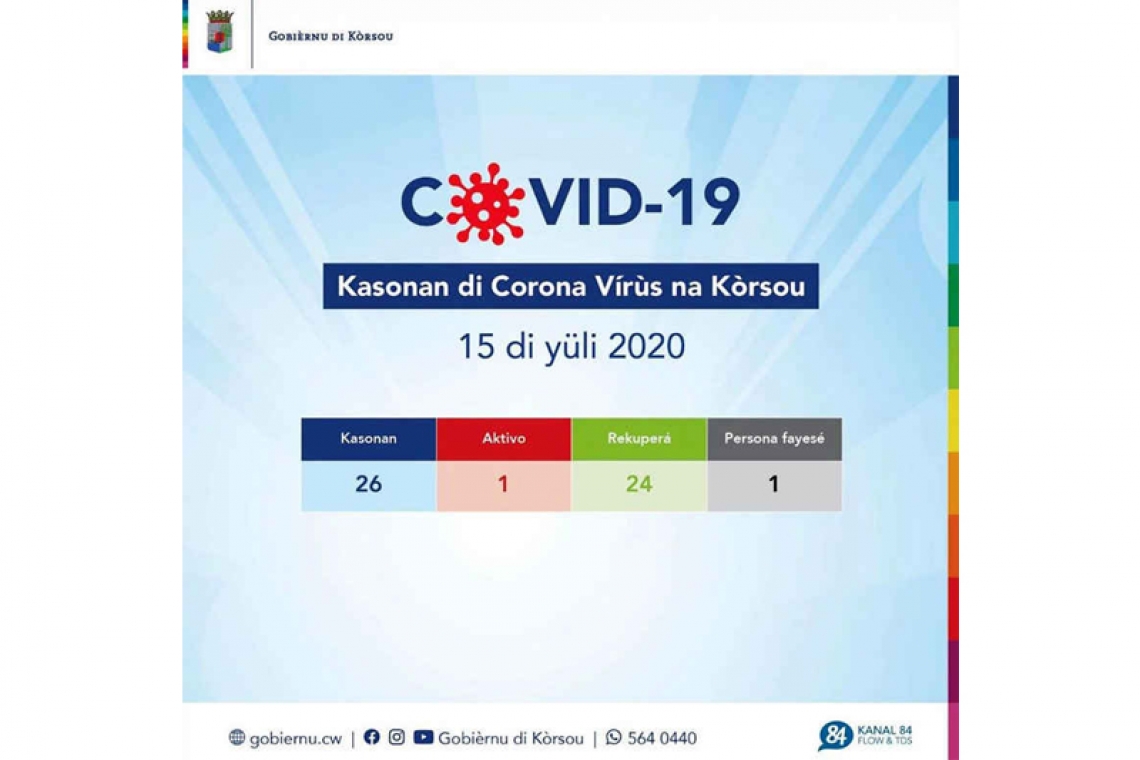 WILLEMSTAD--New COVID-19 infections were confirmed on all so-called ABC islands (Aruba, Bonaire and Curaçao) during the past days.

They hardly had any cases for weeks, but with the opening of borders on July 1, the risk increased.

In Bonaire, there were positive results for the first time in three months, Tuesday. It concerns two people from the same local family who had been in Peru.

A third family member also tested positive on Wednesday. They are all in a mandatory quarantine location.

Two new infections were also registered in Aruba on Tuesday: a visitor and a resident who had both arrived on a Miami flight, but in one case originating from the Dominican Republic. Both have been isolated.

The new case in Curaçao is an officer of the US Forward Operation Location (FOL) who had just arrived. The airbase followed all protocols as required by government for active duty. This means that the person who tested positive had already been under strict mandatory isolation.