Netherlands to provide vaccines for 50,150, but country could receive fewer based on demand 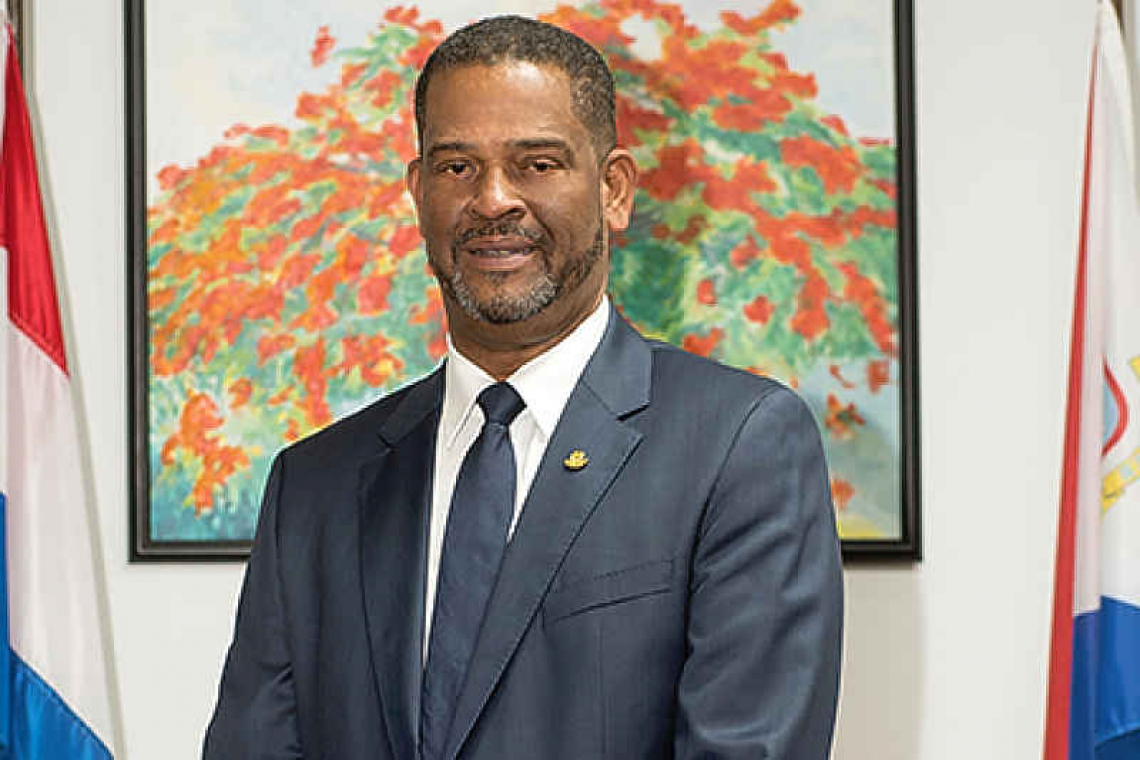 PHILIPSBURG--The Netherlands has agreed to provide enough vaccines to inoculate 85 per cent of St. Maarten’s adult population but the number the country will ultimately receive will be tied to local demand, Minister of Public Health, Social Development and Labor VSA Richard Panneflek told Members of Parliament (MPs) on Friday.

Panneflek’s statements came during Friday’s Central Committee meeting of Parliament that discussed a draft national ordinance amending the National Ordinance on Public Health. The meeting was a continuation of the one held on February 16.

St. Maarten’s adult population was calculated at some 59,000, Panneflek told MPs, noting that this figure was an estimate determined by looking at the number of persons in the census registry and through talks with non-governmental organisations (NGOs) that work closely with undocumented residents.

However, Panneflek told MPs that the number the country ultimately received is based on local demand. “Vaccines will be supplied based on demand. This will be based on, amongst other things, the number of persons registered. If the demand is poor and vaccines are not being administered timely, we risk losing additional doses that were earmarked to be sent,” he said.

As of Friday, more than 4,700 persons have registered for a coronavirus COVID-19 vaccine, said Panneflek. In response to an earlier question by United Democrats (UD) MP Sarah Wescot-Williams, Panneflek said that everyone is currently being encouraged to register, not just the persons who fit the priority groups being inoculated now.

St. Maarten received a little more than 8,000 doses of the BioNTech/Pfizer vaccine on February 19. Panneflek said this first batch will be used to vaccinate some 4,000 persons. “Out of the 8,000 that we received right now, we will use 4,000, because we have to make sure that we have the 4,000 for the next vaccination of those people. Then [when – Ed.] we get it, we will continue [administration],” he said.

Next batch of vaccines is estimated to arrive in mid-March, Panneflek told MPs, adding that the agreement is for St. Maarten to receive vaccine doses every three weeks.

Government conducted a survey in December 2020 to gauge the community’s willingness to take the vaccine. Some 58 per cent of the 1,216 respondents said they would not take the vaccine if offered, Panneflek told MPs.

In the earlier meeting, MPs Claudius “Toontje” Buncamper of United St. Maarten Party (US Party) and Christophe Emmanuel (independent) asked how the decision was made for the BioNTech/Pfizer vaccine to be used in the first two priority groups and why other priority groups may be vaccinated with other brands, such as AstraZeneca.

“St. Maarten has received the Pfizer vaccines for seniors, as this has been proven to be the most effective in this target group. The roll out of the vaccines is dependent on the planning in the kingdom. The choices are indeed related to the supply available in the kingdom,” responded Panneflek. “Based on available scientific evidence, Pfizer has shown to perform the best in the elderly population, being 95 per cent effective after two full doses. The Netherlands has placed orders on Pfizer, AstraZeneca, and Moderna.”

When Buncamper later asked how effective the BioNTech/Pfizer vaccine is for other age groups, Panneflek said, “Pfizer is not only for seniors, but it is generally effective. It shows [fewer] side effects to seniors than the others...that is why, worldwide, they [governments] are agreeing to use Pfizer for seniors.” Panneflek also said that the BioNTech/Pfizer vaccine has proven to be effective against the so-called British variant of COVID-19.

MP Melissa Gumbs of Party for Progress (PFP) had previously asked about government’s plan to reduce vaccine wastage. Panneflek said that each vaccination distribution point will have a waitlist. If someone does not show up for their appointment, persons on the list will be called to see if they can make it instead.

The Dutch National Institute for Public Health and the Environment RIVM has provided the VSA Ministry with vaccination cards to distribute to those inoculated, Panneflek said in response to an earlier question by United People’s (UP) party MP Omar Ottley. “The vaccination card captures the date vaccinated, along with the batch number. This card is similar to the vaccination booklet you receive for childhood vaccinations,” he said.

During Friday’s meeting, Emmanuel questioned whether Panneflek had taken the vaccine and, if not, his reasons for not doing so.

Panneflek responded that he has not taken the vaccine but confirmed that he has signed up to be inoculated. “I will get vaccinated when I am eligible...[If] I go take it and jump the line, they will say, ‘You see?! He is taking care of himself before he takes care of the people’…It is not because I do not want to,” he said. “Please note that MPs are not excluded; they have to fit the criteria of the relevant priority groups.”

In response to UP MP Grisha Heyliger-Marten’s and National Alliance (NA) MP George Pantophlet’s previous questions about herbal and natural “concoctions” to fight COVID-19, Panneflek said: “As government we do not promote anything that is not scientifically proven, but that does not mean you are not allowed to take your vitamins and everything that is good for your body…If I tell person A to drink ginger and turmeric and honey and all those kinds of things, and the person gets sick, then they would say its government’s fault. As government you have a different role.”

The meeting was closed after some two hours of deliberation. The draft national ordinance under consideration will now be sent to a public meeting, where MPs would be able to pass the legislation via majority vote.

The law will cover all strains of COVID-19, and would make it possible for government to apply additional legal means to enforce mandatory reporting, isolation, and quarantine measures. The law does not make vaccination mandatory.