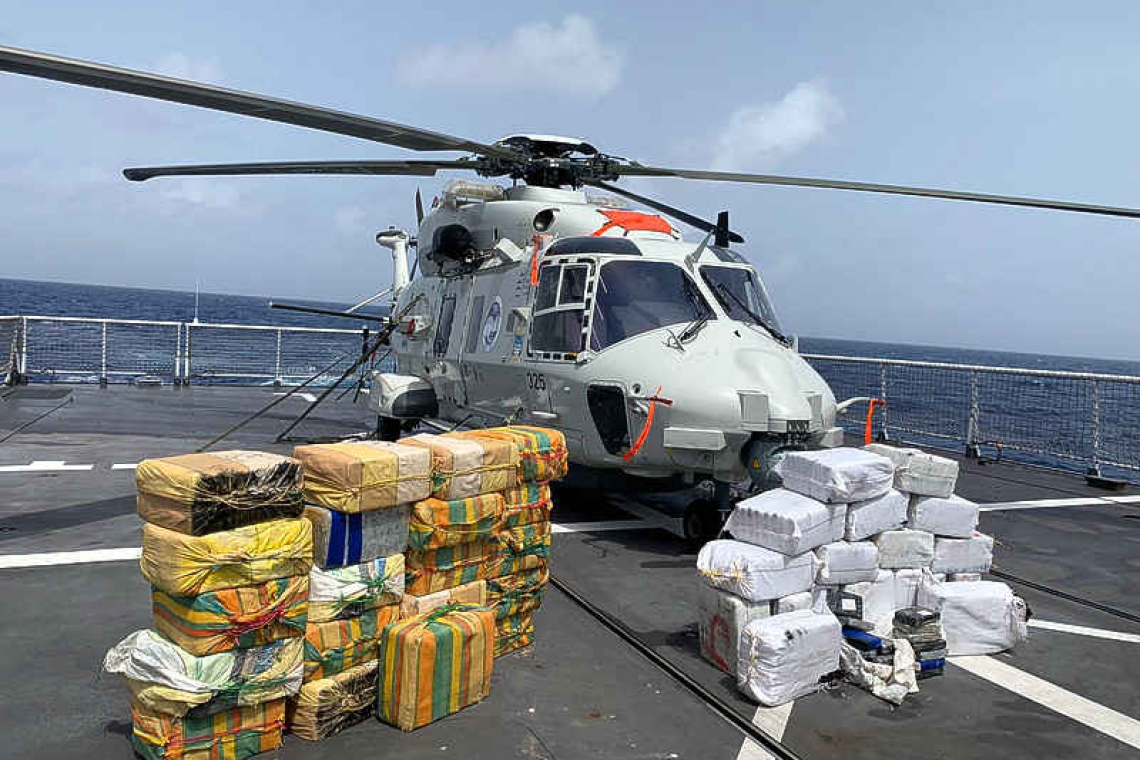 The ship in both cases managed to force a go-fast to a stop. During the first seizure, two Navy FRISC fast vessels got into action. Because the crew of the go-fast did not respond to warning shots, the vessel was stopped by taking out the outboard engines with bullets.

Three persons, one Colombian and two from the Dominican Republic, onboard the go-fast that was seized in the first action carried a semi-automatic firearm. On board, 700 kilos of cocaine were found. A large part of the drugs was thrown overboard before the seizure, but the navy crew managed to take these out of the water.

Shortly after the first confiscation, the HMNLS Holland again sprang into action when in the early morning hours, a second go-fast was detected. This vessel too neglected warning shots. The outboard engines were eliminated in this case by shots fired from a NH90 maritime combat helicopter stationed on the navy ship.

After the go-fast was brought to a stop, a combined team of the United States Coast Guard (USCG) and the Marines’ Corps of Dutch Defence arrested the three Venezuelan crewmembers onboard the go-fast and retrieved the drugs that were thrown overboard. This seizure involved 585 kilos of cocaine.

For reasons of security, the suspects were taken on board of the HMNLS Holland and transferred to the USCG sometime later, together with the confiscated drugs. HMNLS Holland is active in the Caribbean as Dutch Navy patrol ship since May this year. Enforcing international legal order is one of the constitutional tasks of Defence.