MPs pass motion for government to present evaluation in 6 months 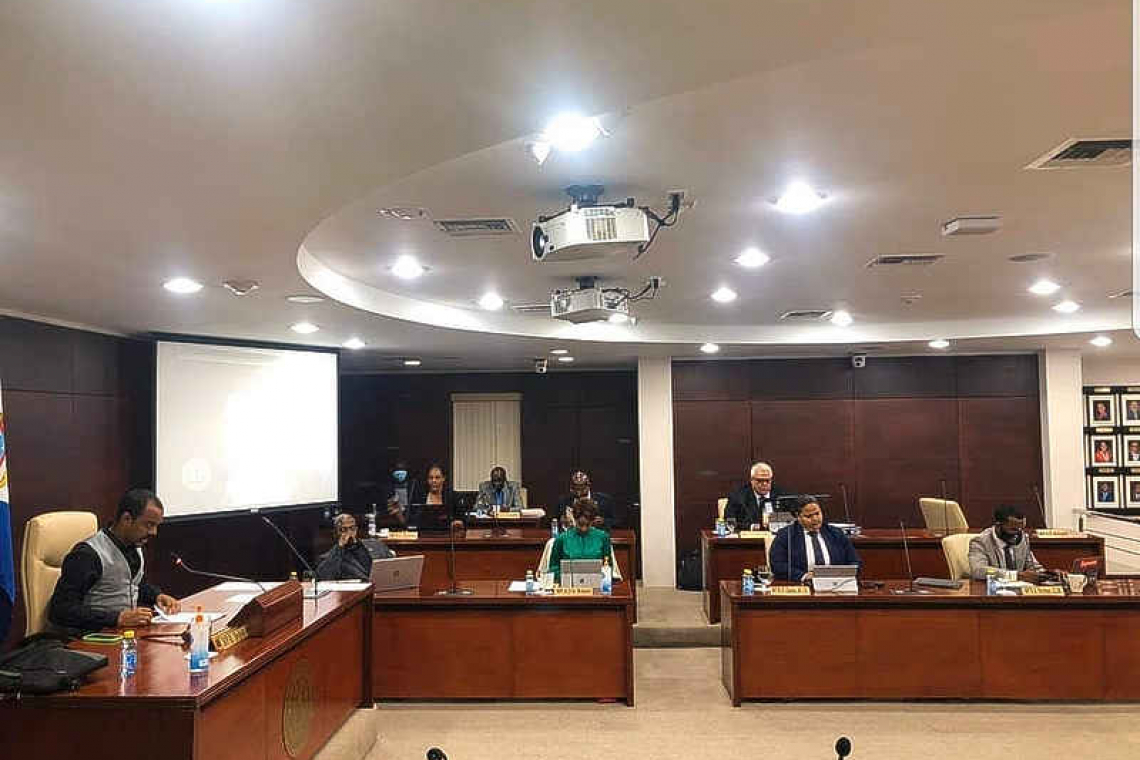 MPs during the meeting.

PHILIPSBURG--On Tuesday evening, Members of Parliament (MPs) passed a motion urging Prime Minister Silveria Jacobs and Finance Minister Ardwell Irion to return to Parliament with an evaluation of whether the three cost-cutting laws are still needed within no more than six months, and every six months thereafter as long as the laws are in place.

This should be done with the support of the Central Bank of Curacao and St. Maarten (CBCS). The evaluation should be presented in a public meeting of Parliament and should include the current financial position of government; accurate and current Gross Domestic Product (GDP) figures, seeing how the calculations may factor into decision making and an economic outlook of the country over the next six months and beyond.

The motion, which was tabled by United St. Maarten Party (US Party) MP Claudius “Toontje” Buncamper,” was passed by 13 votes for and one vote against. All MPs present voted for the motion except independent MP Christophe Emmanuel.

The three laws, one of which was passed on Tuesday night (see related story), are the Temporary National Ordinance on the standardisation of top incomes and adjustment of employment conditions at (semi-) public sector entities (passed); the Temporary National Ordinance on the amendment of the employment conditions of political authorities, and the Temporary National Ordinance COVID-19 cuts on employment conditions for civil servants. The laws seek to enforce several conditions imposed by the Dutch government for the second tranche of liquidity support, namely: a 12.5 per cent reduction in employment benefits for civil servants and those employed at (semi-) public sector entities; a 25 per cent reduction in the employment benefits of Ministers and MPs; and a cap on the wage benefits of top-earners at (semi-) public sector entities at 130 per cent of the Prime Minister’s reduced salary, which has been dubbed the “Jacobs norm.”

In the motion, Buncamper said having reviewed the draft temporary laws related to the reduction and standardisation of employment benefits of elected officials, political appointees and personnel in government and relevant semi-governmental organisations as presented by government, it is cognisant that these articles do not include specific expiration dates. He said in the motion that MPs are aware that this lack of specific ending dates in the laws ultimately leave open to when these will be evaluated and revisited. The MPs are desirous of ensuring government will remain committed to the Parliament of St. Maarten to ensure that these measures only need remain as long as they are absolutely necessary, seeing the many people affected by these measures.