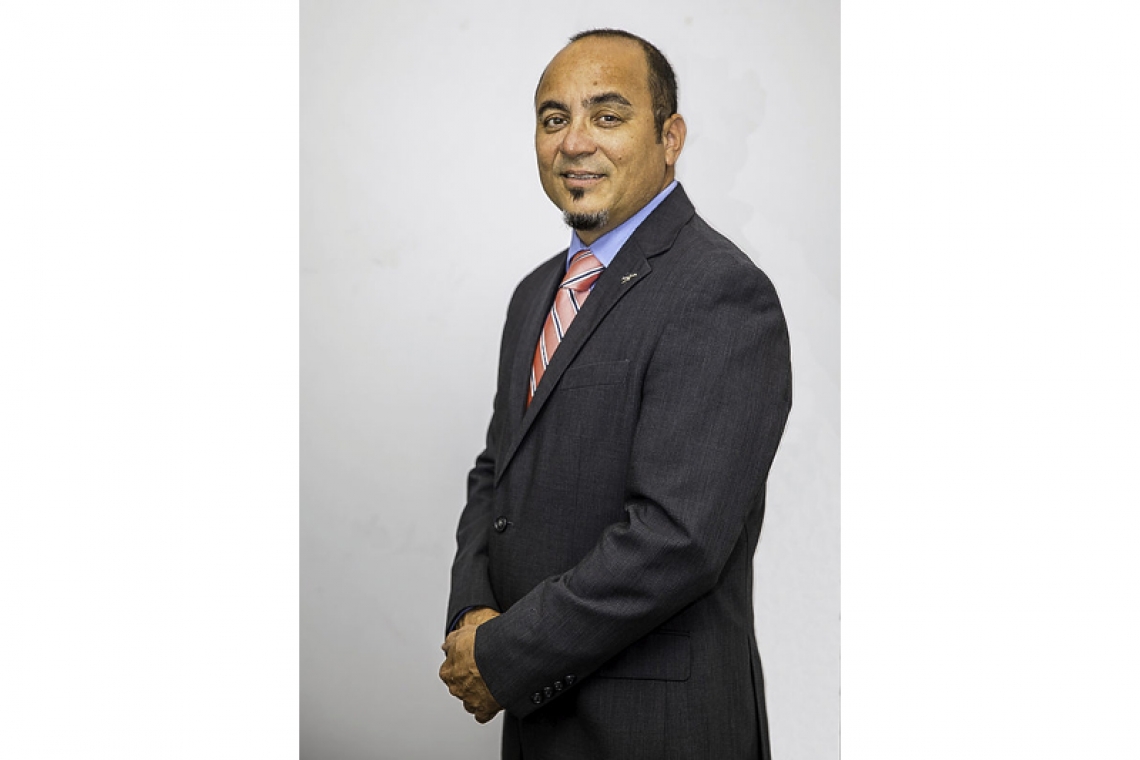 PHILIPSBURG--Members of Parliament (MPs) on Tuesday passed a motion that resolves the airport to submit a “performance plan” on the reconstruction of the terminal building and for the board of airport holding company PJIAE to submit an evaluation of airport chief executive officer (CEO) Brian Mingo within four weeks. Government is to receive both submissions.

The motion was presented by MP Rolando Brison of United People’s (UP) party in Tuesday’s virtual public meeting of Parliament on the airport’s financial situation and the resignation of airport chief financial officer (CFO) Gerben Stavast.

The motion stated that Mingo has been in the CEO position since January 2019. It also considered that “in the meeting of today [Tuesday – Ed.], the CEO of the airport, in his answering stated that a major part of the delay is that ‘bill of quantities’ is still being produced, despite the fact that the Schiphol and Corgan group were both made available for more than one-and-a-half years [ago] to provide this to the airport.

“That these and other delays result in a proposed timeline by the airport for starting the procurement for the project to be in quarter three of 2020 (July-September), which will result in airport construction not beginning until 2021 and not completed until, at best, January 2022.

“That, despite the fact that it cannot be immediately quantified, one can reasonably hypothesise that such delays have cost and will continue to cost St. Maarten millions of guilders in potentially lost revenues, as well as millions in potential construction sector revenue, a much needed boom considering our precarious economic situation.”’

The motion stated that “in each presentation of the airport to Parliament since April 2018, the timeline for airport reconstruction has shifted further and further away every time.”

According to the motion, “clarity is needed in the way forward for the reconstruction of the airport and having this documented in the form of a “Performance Plan” could shed much more light to Parliament, government and stakeholders and create a level of accountability and standards that the airport can be held to.”

The motion thus resolved to have government request the airport to submit a performance plan for the airport’s reconstruction. The plan should include simultaneous timelines for financial tasks, procurement, pre-construction (for example, mould remediation), construction, evaluation, opening and future maintenance, according to the motion.

The motion also resolved for government to consider using the plan as “an additional tool for the evaluation of the supervisory board as well as the management board and it should be provided to Parliament.”

The last resolution in the motion was for PJIAE’s board to “update the government on the evaluation of the CEO.” This is to be finalised within four weeks.

When asked to motivate their vote on the motion, Brison as well as MPs Claudius “Toontje” Buncamper of United St. Maarten Party (US Party) and George Pantophlet of National Alliance (NA) indicated that they were in favour of passing the motion.

MP Sarah Wescot-Williams of United Democrats (UD) was not in favour. “In order to have the airport set out a timeline with actions and activities, if that requires a motion by Parliament to a government supported by a majority of Parliament, then something is wrong,” she said.

The motion was passed with 12 votes in favour to two against. Wescot-Williams and MP Melissa Gumbs of Party for Progress (PFP) voted against the motion. MP Raeyhon Peterson of PFP was absent for the voting. He was present earlier in the meeting but left sometime before Brison presented the motion.

Buncamper and Brison, as well as MPs Christophe Emmanuel of NA and Grisha Heyliger-Marten of UP party, were critical of Mingo’s answers to their questions posed during the meeting. They variously expressed that Mingo did not sufficiently answer their queries.

Emmanuel even interrupted the meeting during Mingo’s answers to his questions on the resignation of Gerben Stavast. He said Mingo does not have to answer the remainder of his questions. Mingo proceeded to answer his questions anyway.

Emmanuel later said – in the second round of questions on the agenda point dealing with Stavast – that he will not ask any more questions to Mingo because, in his opinion, the airport CEO was being evasive and deceptive.

“Mingo is simply lying to Parliament and the Country of St. Maarten,” said Emmanuel, adding that Mingo should, “stop it.

“We [MPs] feel we are not getting forthcoming answers from the management of the airport,” said Brison. “We are getting all kinds of ducking and ‘jiving.’”

In stark contrast to these MPs, during a clarification round dealing with the first agenda point on the airport’s finances, Peterson said he was pleased with Mingo’s answers and that he had no further questions.