MPs critical of PM not giving info on Doncher’s suspension 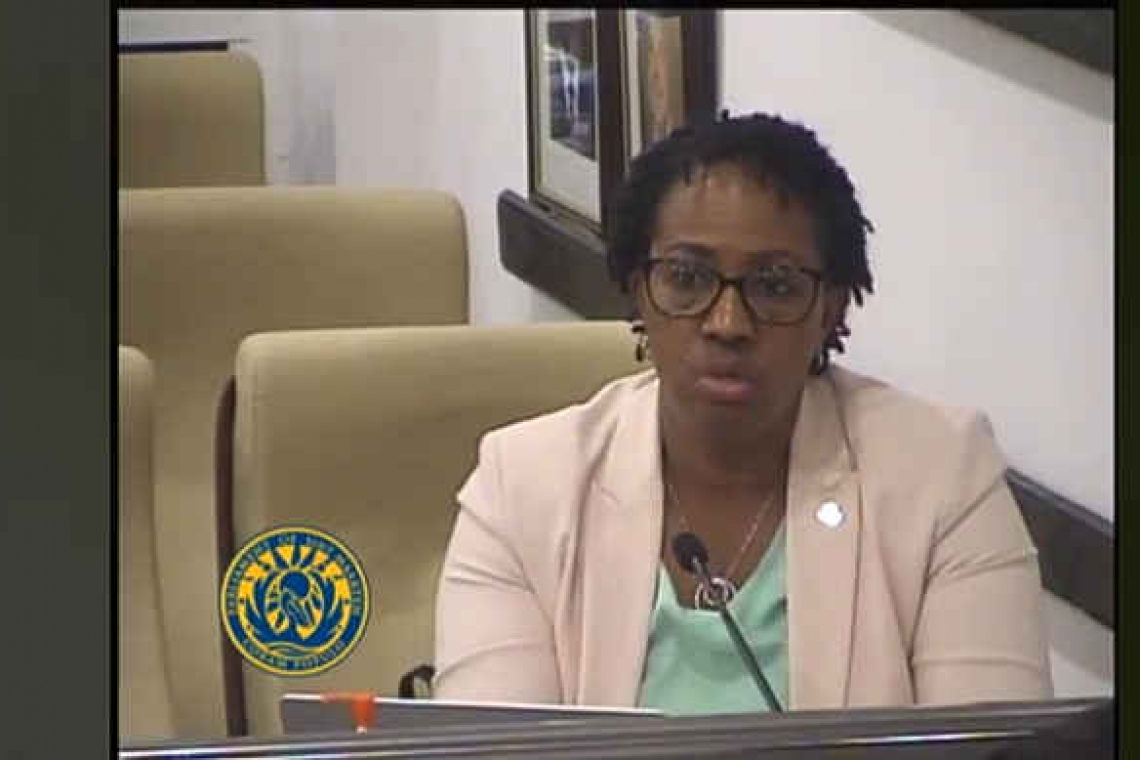 PHILIPSBURG--Statements by Prime Minister Silveria Jacobs that she will not be going into details on the suspension of Princess Juliana International Airport Holding (PJIAH) company’s Managing Director Dexter Doncher during the continuation of a meeting of Parliament on Thursday did not go down too well with some Members of Parliament (MPs).

Jacobs told MPs that she will not be going into details of the suspension as it is currently an ongoing process with which the Council of Ministers and shareholders are dealing.

“It is not a time that certain information can be made public,” she said later in the meeting, adding that she would like an opportunity to handle the process. She said also that decisions taken in the Council of Ministers are confidential. “I know that certain things are public, but I do not necessarily subscribe to calling out persons’ names in meetings,” she said, noting that she does her utmost to refrain from this practice.

United St. Maarten Party (US Party) MP Claudius “Toontje” Buncamper said it was unfortunate that Doncher’s suspension was being “muzzled down” as a matter of confidentiality. He said the issue seems to be clouded in secrecy.

“The Prime Minister can hide behind confidentiality, but the people want transparency and my job is to seek that on the floor of Parliament,” Buncamper said. “I understand that we have a very serious issue on our hands, but in August of 2020, the former chair of the bard of TelEm was sending letters about good governance and good corporate governance at TelEm, and I did not see any suspensions flying at 10:00 and 11:00 at night.”

Buncamper said care is needed when using the term confidentiality for these matters. He said Doncher does not know what his future entails.

“I understand that there might be certain confidential decisions like when you want to dismiss somebody you keep it under cover until the trigger is pulled so there is no reaction while you are preparing something. But we cannot hide behind confidentiality for everything.

“This whole airport saga has been fuelled by two things: the court case of [PJIA chief executive officer Brian – Ed.] Mr. Mingo and the verdict and the letter of [Dutch State Secretary for Home Affairs and Kingdom Relations Raymond] Mr. Knops.”

He added that he understands that the PM is an awkward position, but she should be clear.

United Democrats (UD) MP Sarah Wescot-Williams concurred with Buncamper. She said Doncher’s suspension is already public knowledge. Wescot-Williams alluded to questions that she had asked, such as for confirmation on whether Doncher had been suspended and if so on what grounds and whether it was with pay. She contended that these questions can be answered as these acts had already occurred.

“Not everything can be lumped under confidentiality,” she said. Decisions taken in the COM, she said, are shared every day.

In her response to Wescot-Williams suggestion that her questions for confirmation of the suspension, on what grounds and whether it was with pay could be answered, Jacobs said that if she started to answer one or two questions, other MPs would also want their questions answered as well. She maintained that she did not want to go into details on the matter and indicated that if MPs insisted, she would suggest that a separate meeting be called behind closed doors.

She said everything that is discussed publicly can and will be used against the country, and indicated that as elected and appointed officials they should be cognisant of the ammunition they are “giving to those who seek to continue to keep us where we are.”