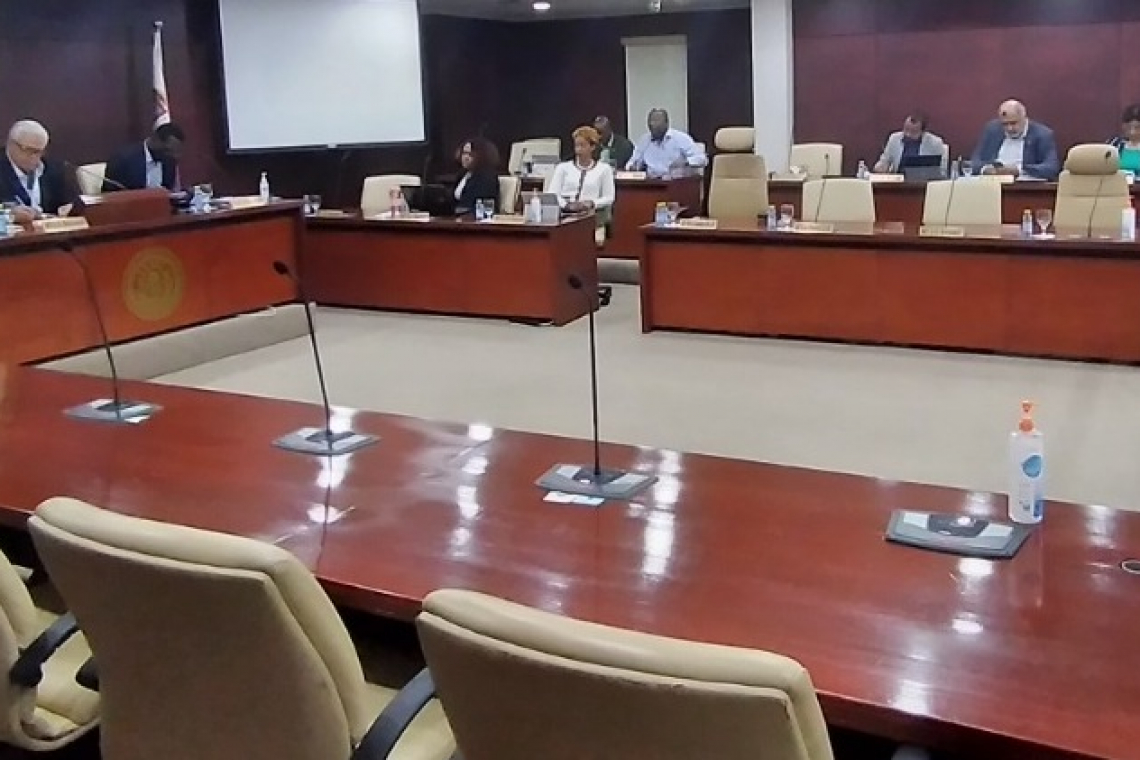 PHILIPSBURG--Given the existing burdens facing the country, National Alliance (NA) Member of Parliament (MP) William Marlin suggested on Tuesday that the legislature consider financing the construction of the new Parliament Building via an investment by pension fund administrator APS.

Marlin made the suggestion during a meeting of Parliament’s Ad Hoc Committee New Parliament Building. During the meeting MPs discussed a range of issues including deliverables, which include the needs of Parliament's Secretariat, meeting halls, parking, 21 parliamentarians and digital equipment, etc.; guiding committee for the project consisting of primarily professionals in the field; tentative time frame for the terms of reference making, approval, tendering and contract approval and budget availability for 2021 and 2022.

Marlin suggested that rather than government taking loans and having to battle with the Committee for Financial Supervision CFT and the Dutch Government to borrow funds for the project, it can instead have APS make an investment by constructing the new building.

“The current rent that we pay for this building would be more than sufficient to pay rent to APS. They will make a profit and we own the building after a certain number of years,” Marlin said, adding that he still believes this is the best approach for Parliament rather than seeking a loan.

Committee Chairman Claudius “Toontje” Buncamper said a discussion would be necessary with the government first to determine what is possible. The position of government would also be needed because it would be the government that would have to approach APS.

Various conceptual designs for a new parliament building have been submitted in the past. The intention is that a public tender will be held for the design and construction of a new building based on the available funds, which at this point is budgeted for NAf. 10 million guilders.

One of the issues raised by multiple MPs during the meeting was a recommendation to hold technical discussions such as the one on Tuesday behind closed doors. Several MPs believed that the preliminary talks should not be open to the public and only when a solid proposal is on the table should the issue be open to the public.

Another point raised during the meeting was land on which to construct the new Parliament Building. Some MPs pointed out that while the new building was originally intended to be built in the location where the former Government Administration Building was located, VROMI Minister Egbert Doran had publicly announced plans for this area; hence clarity is needed on where the building would now be constructed.

Buncamper said a meeting will be held with Doran regarding land allocation for the building. Meetings will also be held with Finance Minister Ardwell Irion regarding financing of the initiative as well as a meeting with Prime Minister Silveria Jacobs, as she is responsible for Facilities Management and public buildings. It was pointed out that Irion had indicated that NAf. 10 million had been made available in the 2021 budget to go towards this project.

Based on the tentative timeline provided by Buncamper, construction of the new building is likely to start after the third quarter of 2022, providing that there are no delays.