Live drill to prepare for calamities at Cruise Port 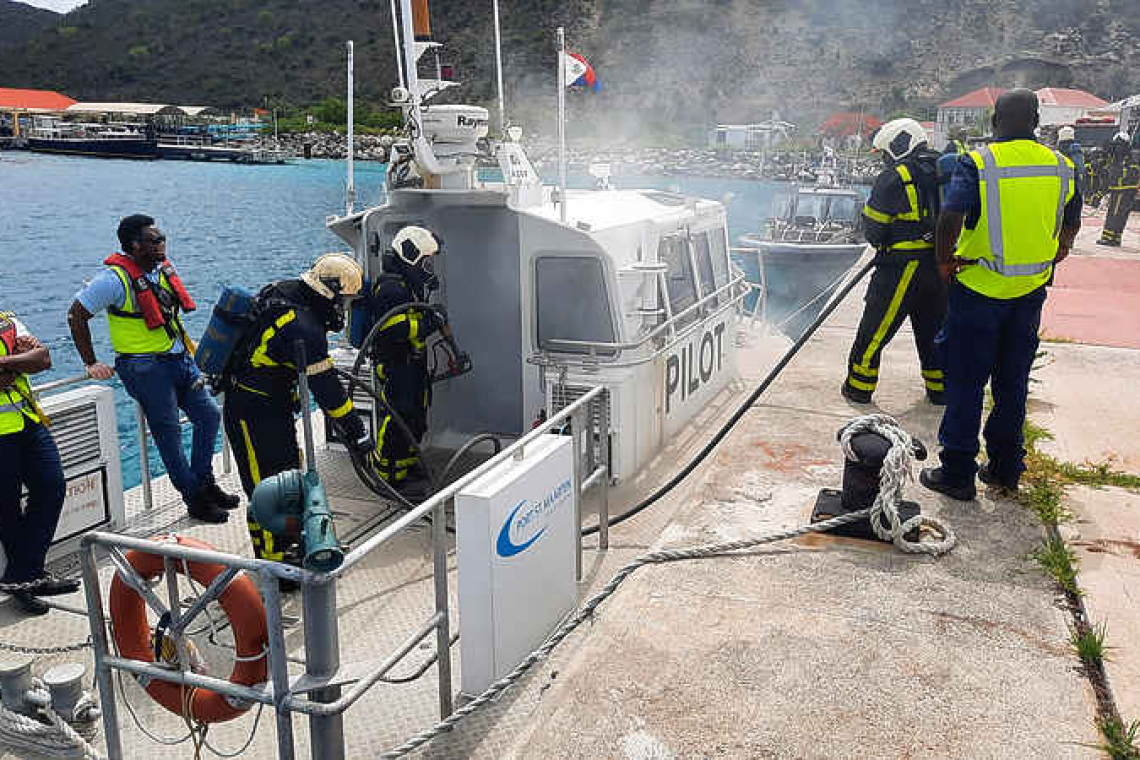 Fire fighters in action during the training drill.

Several government entities took part in the drill at the Cruise Port.

During this exercise, a live scenario was played out in which a vessel transporting illegal drugs was stopped by the coast guard, and taken to shore for inspection. Later in the scenario, the vessel caught fire where several members of the crew sustained injuries. 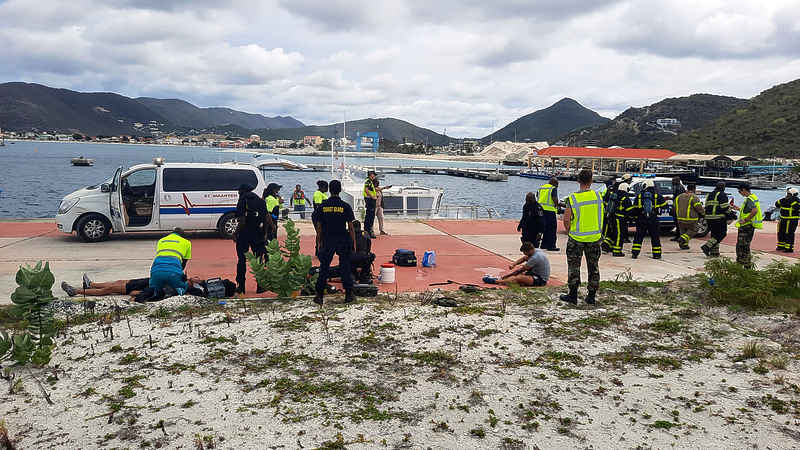 During the drill, the police, fire department, ambulance, coast guard and other partners had to perform their tasks within the scenario.

St. Maarten Police Force KPSM said the coordinators of this drill did a great job. “A word of appreciation goes to Honourable Minister of Justice Anna Richardson, who made her contribution towards the drill. We also thank all the members of the Military who acted as extras in the scenario.”