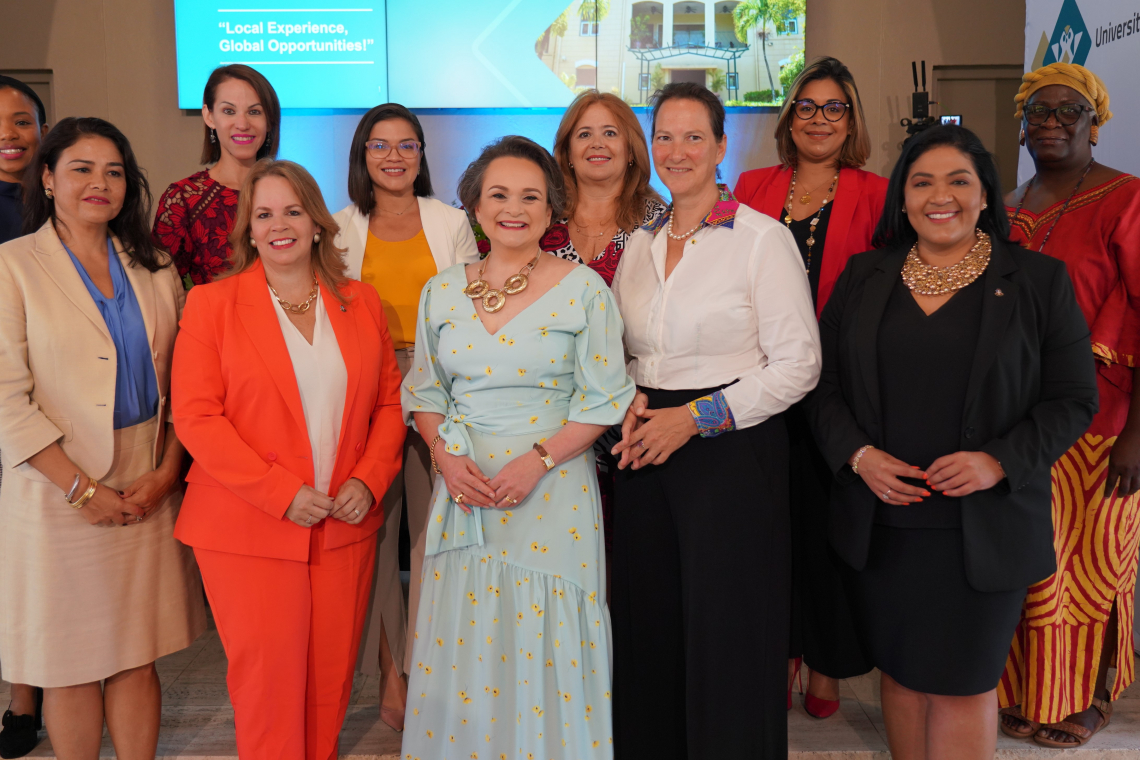 ORANJESTAD--During her visit to Aruba early this week, Dutch State Secretary of Kingdom Relations and Digitisation Alexandra van Huffelen was given a copy of the first Gender Policy of Aruba.

The Aruba National Gender Policy was launched during Tuesday’s Strong Women Conference, organised by the Aruba government and University of Aruba. Van Huffelen was the main speaker at this event. Aruba’s Prime Minister Evelyn Wever-Croes and Finance Minister Xiomara Maduro were also speakers.

During the conference titled “Strong Women Choose to Challenge”, several women shared their stories about climbing the ladder and breaking the glass ceiling. Their stories will serve as an inspiration for others, said Wever-Croes, Aruba’s first female prime minister.

In her speech, Wever-Croes pointed out that women are very knowledgeable about the needs of women and children. She noted that the COVID-19 pandemic had shown how fast the world could change and how important it is to create strong economies and communities. Women and children were the hardest hit by the pandemic, and that is why there is extra attention for the position of this group in the recovery plan of the Aruba government.