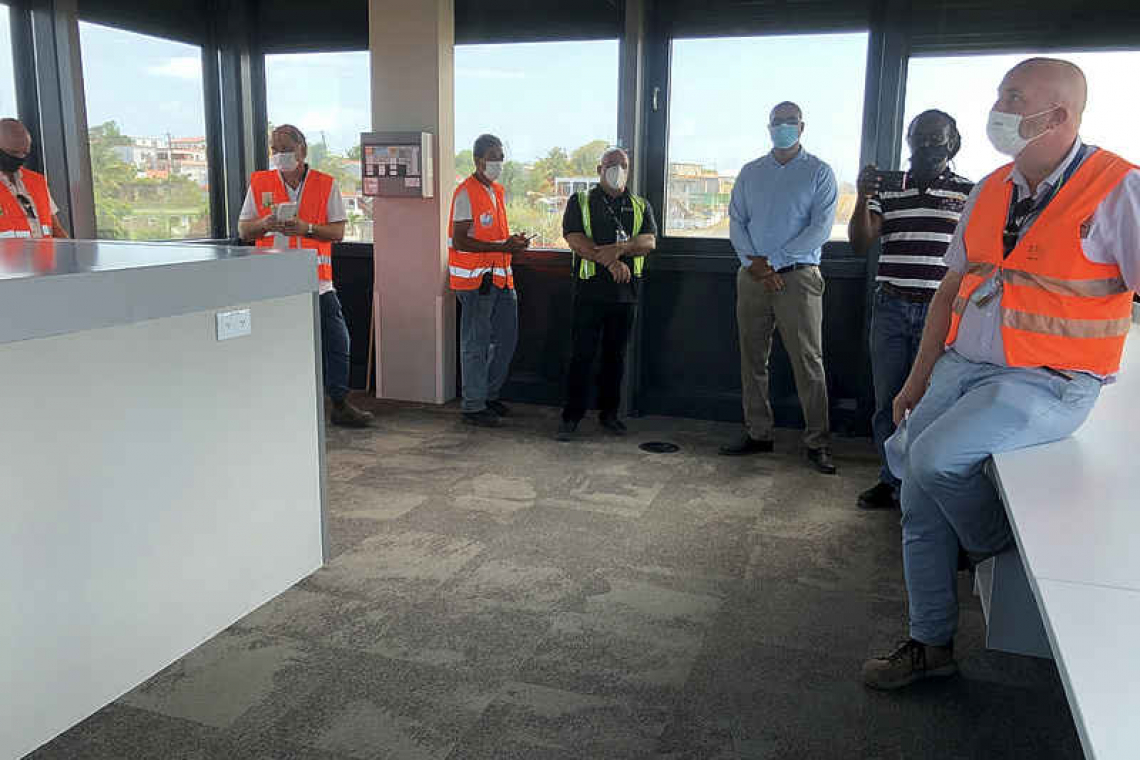 :A guided tour of the new facilities at F.D. Roosevelt Airport.

ST. EUSTATIUS--The public entity St. Eustatius received the symbolic keys of the new airport terminal building and tower from contractor Van Boekel Bouw and Infra BV on Friday, May 28. Since then, the building is the property of the public entity and will no longer be the contractor’s responsibility.

Transitions to begin preparing the building for operational activity will start this week. The existing airport terminal building will still be in operation until then.
The airport’s reconstruction was financed by the Dutch Ministary of Infrastructure and Water Management. 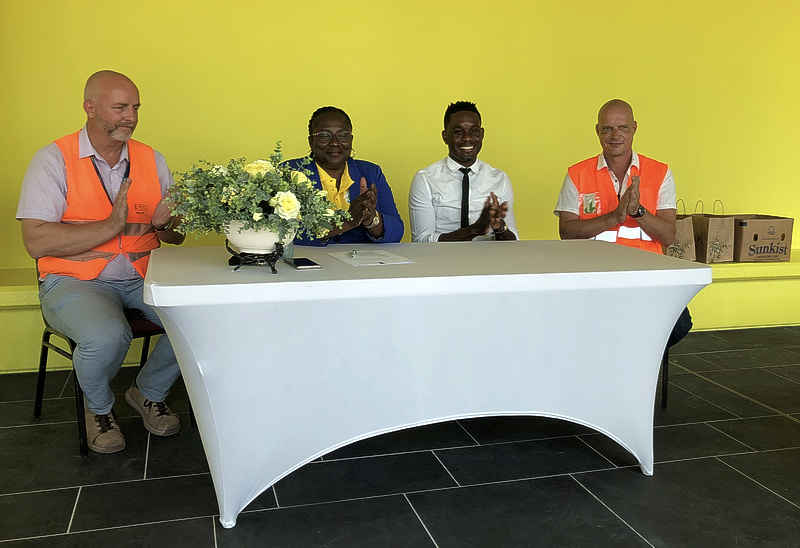 The symbolic handing over of the keys to the renovated airport with Deputy Government Commissioner Alida Francis (second left) and Director Economy, Nature and Infrastructure Anthony Reid (second right), flanked by representatives of contractor Van Boekel Bouw and Infra BV.

Due to unforeseen contractor delays, the transition timeline had to be postponed. The target is now to open by the first week in July.

The waiting area at the gate offers 44 seats and there is a landside bar, an arrival baggage claim roller bed, Customs check area, storage rooms, a meeting room and a security and control room.

The airport tower consists of three stories and is 136 square metres in floor space. The cabin has a 360-degree view and functions as an operational room for flight and airside safety, and for communication purposes.

Contractor Van Boekel brought many specialists from the Netherlands, such as mechanical and electrical engineers. However, the pouring of concrete and most of the other construction activities, such as painting, are handled by local staff. The main contractor also hired four local contractors to carry out specialists’ work.

The existing F.D. Roosevelt Airport was significantly damaged by Hurricane Irma in 2017. Also due to the average lifespan of an airport, a development programme to renew the airport facilities started that same year.