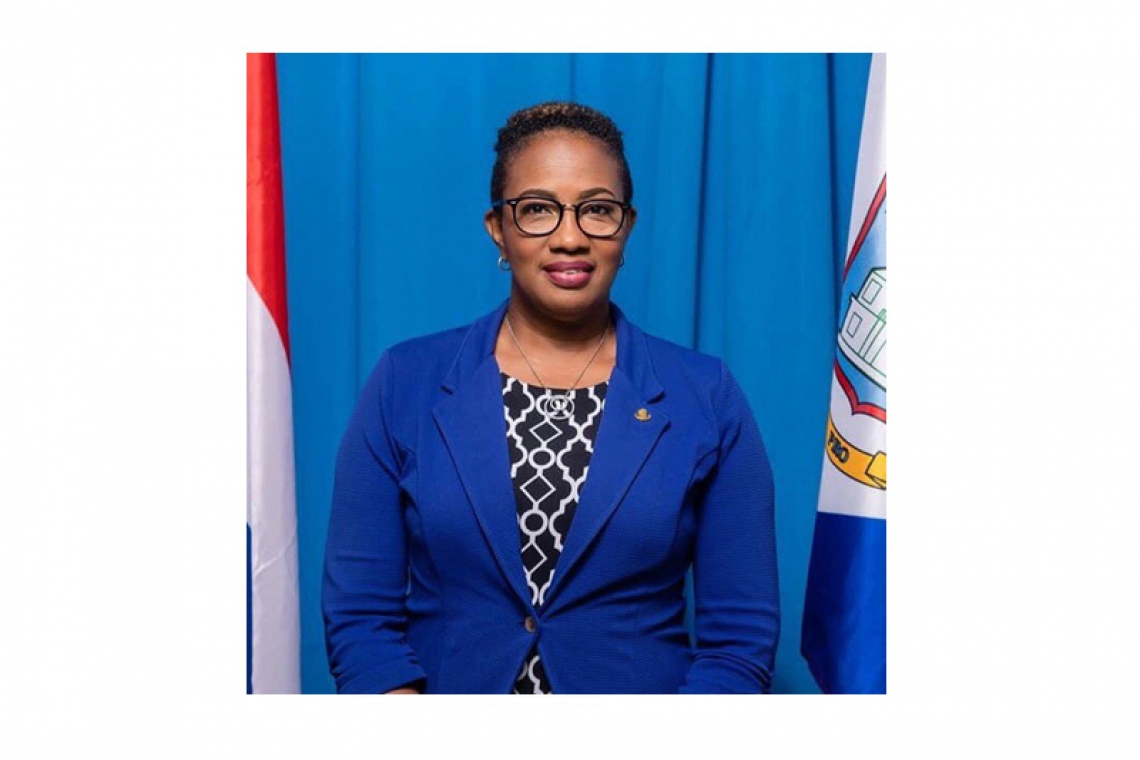 PHILIPSBURG--Prime Minister Silveria Jacobs gave insight into the current screening process during a public plenary session of Parliament on the subject, on Friday.

She also proposed that Parliament prepare a motion to initiate an Intelligence and Security Committee of Parliament to conduct consultations on the policy concerning the services involved in the national security service. She said this would be in the interest of national security and to ensure that all pillars (trias politicas) are properly informed. The committee would consist of the leaders of each faction and it should report annually on its activities, as the matters discussed in the committee will be confidential.

She told Members of Parliament (MPs) that since the dissolution of the Netherlands Antilles and St. Maarten’s becoming a constituent state within the Kingdom of the Netherlands on October 10, 2010, government underwent a constitutional restructuring. Government apparatus was introduced for a parliamentary democracy with ministers and MPs, the structure St. Maarten has had for the last 10 years.

According to the National Ordinance on the Promotion of Integrity in Ministers, ratified on October 10, 2010, the procedure for the appointment of a minister or minister plenipotentiary means that the minister has been appointed before the national decree.

Jacobs said this presumes that persons who occupy high public office are individuals who will exemplify the highest levels of integrity and lawfulness in both their public and private lives.

“In fact, I want to assume that it is for this reason, public officials are accorded the same level, or just about the same level or regarded in [the same – Ed.] reverence as Justices of the Peace, religious leaders, in affixing their signatures to sworn affidavits.”

She said therefore that public officials are in essence to be in some regard custodians or purveyors of truth, integrity, honesty and righteousness. “One can deduce that which was desired is not forced compliance, but rather voluntary submission to the process of public accountability.”

After the 2014 elections, the Kingdom government ordered a more stringent screening of St. Maarten’s incoming Council of Ministers. The Kingdom Council of Ministers decided on October 17, 2014, to give Governor Eugene Holiday an instruction (Royal Decree) to hold off the appointment of the ministers and prime minister until it is absolutely certain that they are in the clear.

The Dutch government intended to appoint a team of experts to assist the governor with the screening. The Governor of St. Maarten, in turn, suggested utilising Article 21 of the Regulation of the Governor, as it prescribes that the governor, as Kingdom organ, has the authority not to sign a federal ordinance or decree in case he believes that it is in violation of higher laws or matters that are in the interest of the Kingdom, Jacobs said.

The Governor informed the Kingdom Council of Ministers that he would enlist the National Security Service St. Maarten VDSM as the relevant screening body.

VDSM is a government organisation which forms part of the Ministry of General Affairs. Its role in national security is to identify risks and threats as early as possible before they manifest. In this context, the service is charged with executing security screenings on individuals who will hold positions of confidentiality. A declaration of no objection by VDSM is required to qualify for such a position.

Jacobs said she suspects that if it were a case of just seeking to vilify or publicly humiliate candidate ministers, the draft legislation National Ordinance on Screening of Candidate Ministers would have already been ratified. “I rather believe that the intent is not [to] attack or expose anyone, I believe that [in] any nation in which attempts are made to bring change to a natural culture, particularly if that culture has not been one where people have been willing to put their own lives under public scrutiny, there will be all kinds of resistance preventing change from becoming a reality.”

She stressed that reducing corruption and improving governance and public service delivery are important for growth and sustainable development. “The need in all sectors is too much for public resources to be diverted to unnecessary scrutiny. If we commit to bold and decisive actions to eradicate corruption by the necessary passing of legislation and re-structuring of the social perception of corruption in government; if we commit to a more efficient and effective public sector, so removing the need to resort to a special favour or chance by circumventing due process, processes will now be more predictable, timely and transparent and people will be held accountable – if we commit to teaching our children to be able to discern right from wrong so that they will reject corruption and always do the right thing,” she said.

Jacobs emphasised the commitment of government to work towards eliminating the shadow of corruption in St. Maarten. “Accountability, transparency and integrity are hallmarks of all self-respecting democracies, and these principles must always be promoted and upheld in pursuit of good governance, social cohesion and economic advancement,” she said.

“There is no denying that whilst we have made significant strides as a politically dependent country, we could have achieved much more were it not for many challenges, and the overall perception of corruption. While we all need to take individual responsibility for our actions and endeavour to be agents of change as we do our part in securing a better St. Maarten, the role of legislation is paramount. I believe we are all in agreement that more can still be done to strengthen the existing regime.”