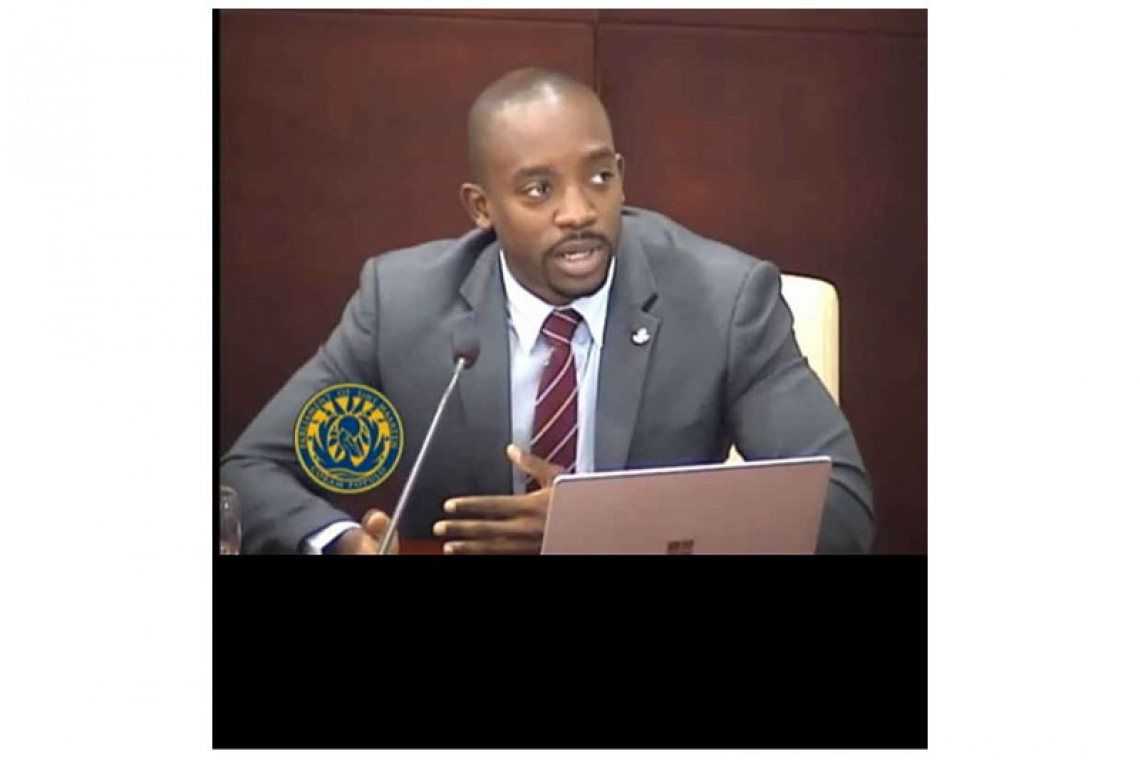 He said in a press release issued late Sunday evening that in light of the recent presentations, it bodes well that the community is creating a dialogue regarding the recent tax suggestions, as this was the desired effect.

“The Ministry of Finance has presented the suggestions in Parliament with the hopes of prompting an open discussion on tax reform, wherein the community would feel free to ask questions, express concerns and make constructive propositions,” Irion said in the release.

“The Ministry of Finance is currently engaging in a process that will include consultations with public and private stakeholders alike. These consultations will give the community the opportunity to be part of the broader and more complicated discussion on overhauling the tax system of St. Maarten.”

He said the suggestions presented were recommendations made by the International Monetary Fund (IMF), as proposed options for the implementation of a new tax system. The current tax system of St. Maarten, inherited from the former Netherlands Antilles, is very outdated, vulnerable to abuse and not appropriate in the current economic reality of St. Maarten, he stressed.

“The recommendations and proposals made by [Caribbean Regional Technical Assistance Centre – Ed.] CARTAC/IMF do not mean that they have been agreed upon, nor do they mean they will be implemented. For the sake of full transparency, they were presented to the public; the report has been provided to the Members of Parliament.”

He said the objective is to engage Parliament and the public in general, as stakeholders. “To facilitate progress of tax reform, it is important to remain clear about the facts. Tax reform has been an objective of previous governments as it is for the current government. It is urgently needed. However, it is not something that can be introduced overnight. It requires the proper preparation and calculations of the effects before it can be tabled in Parliament. The Ministry of Finance seeks to provide the public with clear communication regarding the tax reform and will do so by continuing to deliver information now and in the future,” Irion said in the release.

Irion has come under fire for a proposal to introduce a 7.5 per cent tax on items that consumers purchase online, such as from Amazon. The proposal is intended to create a fairer playing field and stimulate consumers to purchase locally as well as capture “lost revenue” for government. Irion elaborated on the proposal during the continuation of a meeting of Parliament on Thursday last on tax reform for the country. He also explained that a 12.5 per cent value-added tax (VAT) is “off the table.” The IMF suggested that the country considers a form of import tax to be levied on private imports – which is the proposed 7.5 per cent tax.

The minister explained in Parliament that when a business imports a product and sells it retail to consumers, a five per cent turnover tax (TOT) is paid by the business on the amount the item is sold for – so there are no changes being proposed for this. However, “when the consumer [you and I] order products online, from Amazon, for example, Amazon does not pay five per cent TOT. This creates unfair competition for businesses registered on St. Maarten. In order to create a fairer playing field and capture lost revenue, a 7.5 per cent tax on retail sales is proposed on those purchases by individuals,” the minister explained in the legislature. The tax acts as an incentive to stimulate consumers to purchase locally and the intention is to charge the tax when the item is picked up locally after being shipped. Consumers reacting to an article on the suggestion generally felt that it will further burden their already tightened pockets, believe that government should focus on price control locally and do not believe that the tax should be considered.