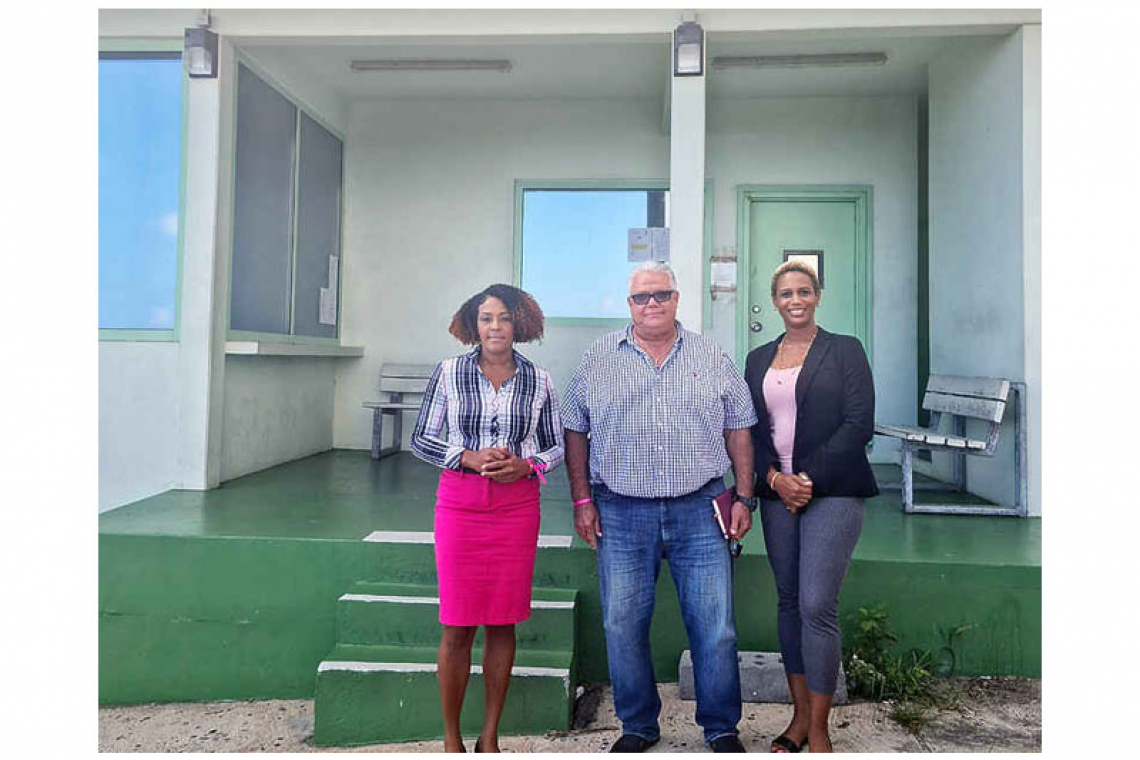 PHILIPSBURG--Members of the Pointe Blanche prison Inmates Association complained to Members of Parliament’s Justice Committee that some of their items, including television sets and gaming consoles, were destroyed; their food dumped; and drinks poured around their cells during a raid that spanned approximately 18 hours on October 13.

~ MPs want inquiry; Richardson: ‘Allegations will be looked into’ ~

When contacted for a comment late last night, Justice Minister Anna Richardson told The Daily Herald that the allegations will be looked into.

The inmates told MPs during a meeting that the raid had been conducted with the assistance of the Dutch Marines. They accused the persons conducting the raid of consuming some of their food and of dumping the remainder on the ground half eaten.

“And what made the matter even worse is that the marines wrote serious sexual degrading profanity on their walls like gay’, ‘faggot and ‘‘suck [colloquial term for male genitals] for free’ on the cell walls,” Chairperson of Parliament’s Justice Committee MP Grisha Heyliger-Marten stated in relating what the association had told MPs.

“Most prisoners watch TV with movies loaded on a pre-approved jump drive. All were confiscated by the marines, but never documented with the rest of the cell phones, illegal drugs and makeshift weapons [found – Ed.].”

Heyliger-Marten said Parliament would conduct a full-fledged investigation into the allegations to get answers on who authorised the raid; why the raid was conducted one day before MPs were scheduled to tour the facility and later told they could not visit; who will be financially responsible the damaged items; and why a snake inspection camera was not used to search equipment instead of damaging inmates’ belongings.

“Most of the inmates are not financially stable and cherish the little they own,” she said.

The inmates urged MPs to work on five short-term solutions: healthcare policy where they can all be covered; having the phones fixed so they can communicate with family and friends; institute a law stipulating the terms/conditions of ankle bracelets; rehabilitation classes/activities – sewing, General Education Diploma (GED) classes; and upgrading the quality of food served, as they prefer healthier meals instead of being primarily served chicken and “pap rice.”

A plan is in the making to table an initiative to adjust the laws to ensure that when inmates are under house arrest and can use ankle bracelets, it is regulated by law and not by choice of the Prosecutor’s Office. This will ensure that there is no abuse of choice, but strictly enforcement of the law.

Buncamper said another matter that will have to be seriously looked into is the cost of all the prisoners’ property damaged during the raid.

“While I wholeheartedly agree that checks (raids) must be done, we are still dealing with human beings. Having prisoners locked up for 22 or 23 hours per day and then you destroy one of the few things they have to keep themselves busy is, simply put, outrageous.

“The aspect of healthy eating is another matter that caught our attention and the quality of the food also is a serious matter to be looked into.

“The usage of ankle bracelets should be promoted when one looks at the cost of keeping persons locked up without any real chance of being taught anything other than becoming aggressive,” said Buncamper.

“You cannot put people in cages and expect them to be reintroduced into society normally. Many youngsters in prison don’t truly have any hope and that’s a dangerous path that they are going down on and government needs to ensure that they are given the needed assistance, no matter that they are a prisoner. They also are human beings and those human rights are properly laid down in treaties we signed onto,” Buncamper noted.

The meeting with the inmates was held following the cancellation of a tour of the prison by the Justice Committee last week. The three MPs took the initiative to meet with the association, whose members highlighted the current challenges at the prison.

As it relates to healthcare, the association mentioned that there is no regulated coverage for dental and eye-care visits. According to the president of the association, prisoners can only receive an appointment with a dentist if they or their family can pay US $150.

The United Nations, Heyliger-Marten said, requires that all prisons should have proper health facilities and medical staff to provide for a range of health needs, including dental and psychiatric care. This is clearly not the case at the Pointe Blanche Prison, and is the sole responsibility of the St. Maarten government.”

The Inmates Association indicated that the Parole Board is not functioning adequately. In cases where a prisoner’s parole is scheduled, the association president said that if a prisoner does not send a reminder to management, parole hearings often go past due. The process does not start if inmates do not remind the authorities, and no evaluations take place because of the lack of regular visits. Also, there is no reintegration programme in place.

Duncan, who said it was important to speak to the Inmates Association, said she was quite “appalled and disappointed” at the current state and conditions in which prisoners are living, particularly when she thinks back to when her father Roland Duncan had been Justice Minister and was proud of the prison’s sewing centre, which had been sewing uniforms for different justice personnel, and its woodworking shop was operational.

Duncan said that although Hurricane Irma is to blame for many of the issues, government and parliament need to do a better job at ensuring that human rights are being upheld at the prison and the entire justice system, she noted, “needs to take responsibility for it.”

Heyliger-Martin stressed that inmates have human rights and should be treated accordingly. She believes that inmates should be prepared to make meaningful contributions to the community on their release.

“Government has an obligation to ensure their physical and mental well-being and development while detained, so that we don’t end up releasing hardened and resentful individuals back into our society,” she said. “Long-term solutions for improved treatment and facilities that are currently being worked on will end up being too little, too late, if we don’t address the urgent issues right now.”

She alluded to Justice Minister Anna Richardson’s recent trip to the Netherlands for meetings regarding the Pointe Blanche prison. The UP MP hopes that Richardson will promptly respond to letters she has sent so that Parliament can be informed on what her short-term plans are, and whether and how it can support the minister and the government with executing these plans.

“As Chair of the Justice Committee, I feel that it is my responsibility to take the initiative to secure the human rights of our inmates,” said Heyliger-Marten. 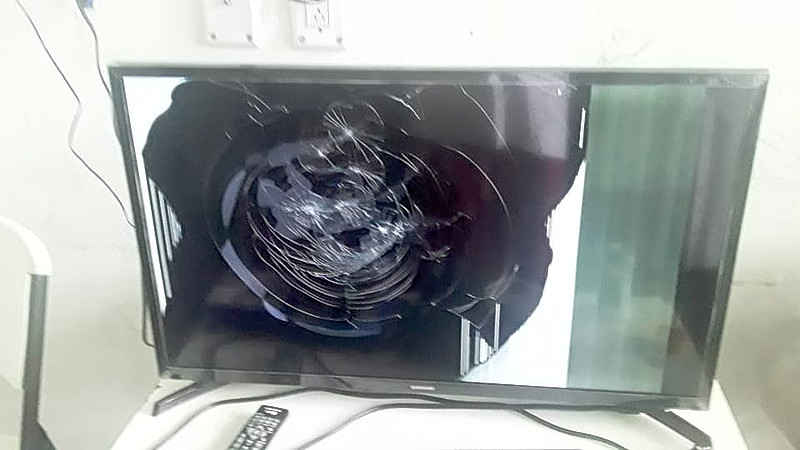