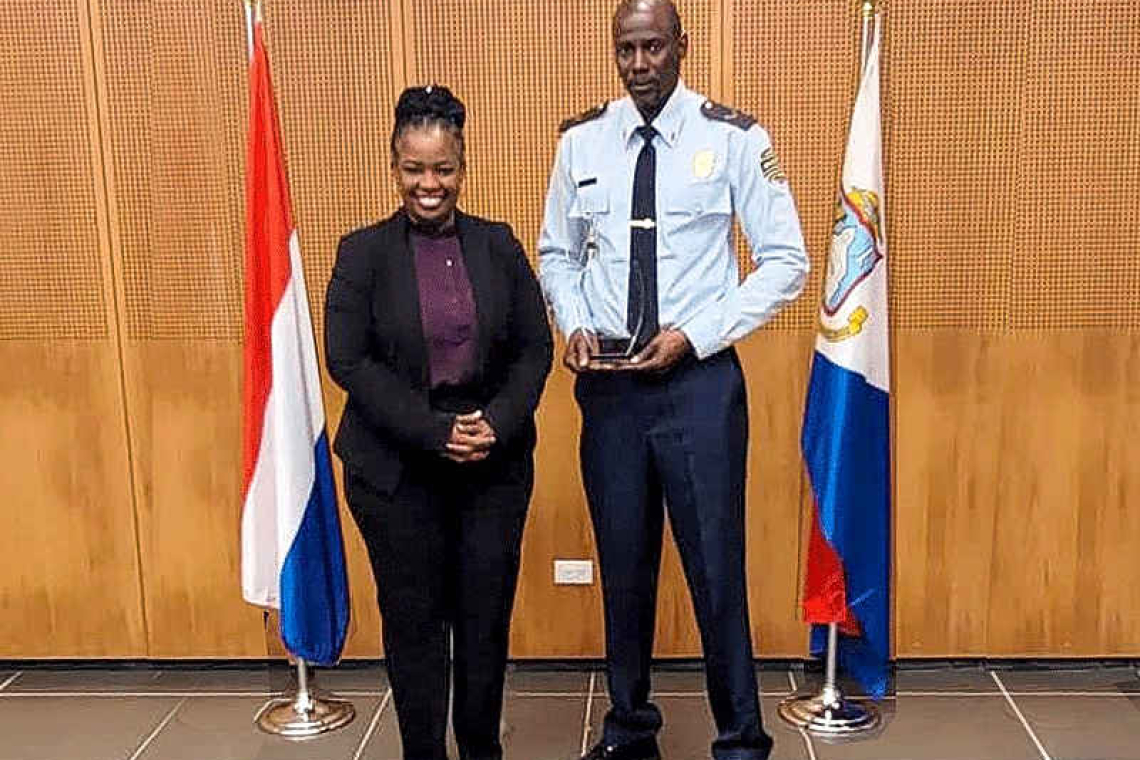 PHILIPSBURG--Minister of Justice Anna Richardson recently held a ceremony at the Government Administration building to congratulate Immigration officer Leo Vanterpool on becoming St. Maarten’s first Document 3 Specialist. “This is a great achievement not only for St. Maarten but for the Dutch Caribbean region,” Minister Richardson said.

Officer Vanterpool is the first and only Document 3 Specialist on the island and in the region. He travelled to the Netherlands and attended the Royal Netherlands Marechaussee Academy where he followed both theoretical and practical training to acquire his certification.

Though all immigration officers are certified to detect fraudulent documents based on level one and level two certifications, having a level three certification goes more in-depth into fraud. Officer Vanterpool is now also certified as a trainer, giving him the ability to train his colleagues in this area.

During the ceremony, Minister Richardson gave attendees such as his classmates and supervisors the opportunity to share some congratulatory words with Officer Vanterpool. Several shared special moments about how Officer Vanterpool always exemplified academic excellence. They said they always knew he would achieve great accomplishments.

Minister Richardson presented Officer Vanterpool with a crystal award engraved with the following words: “Commander of the Education Training and Knowledge Center of the Royal Netherlands Marechaussee declares that Leo Ignacio Vanterpool has fulfilled the requirements of the document expert/specialist course Doc 3”.

Officer Vanterpool, in the presence of his classmates and colleagues representing the graduating class of 2013, supervisors, mentors, his beloved mother whom he referenced to as his Queen and the minister of justice, expressed his profound gratitude to everyone in the room for the support and encouragement they have given him over the years to present day.

He also expressed his gratitude to the minister for giving him this opportunity and advised her that he sees her efforts to make positive strides for the ministry and staff.

The ceremony was rounded off with a celebratory toast and a memorable photo to be framed and displayed at the Immigration Office for future generations to be inspired by this historic achievement.