Hotels to sign individual conventions as condition for accepting US visitors 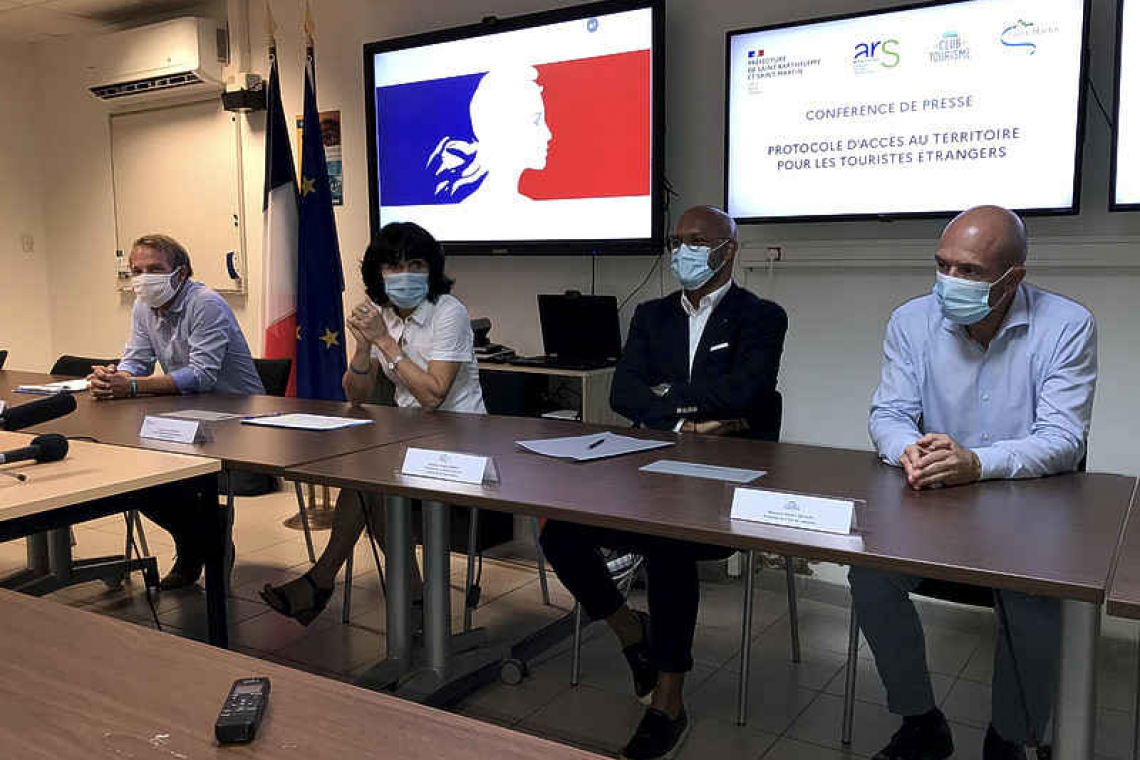 MARIGOT--French-side hotels, villas and guesthouses will be required individually to sign a convention taking responsibility for their foreign and American guests in terms of instructing those guests to take a COVID-19 test where applicable and to follow-up on the results of those tests.

The Préfecture disclosed Thursday that the sanitary protocol for hotels described as “experimental” is now ready and its content agreed to by the Collectivité, St. Martin Tourism Office and Club du Tourisme. The main convention was signed Friday between the Préfecture, Regional Health Agency ARS and Club du Tourisme representing the hotel sector. Hotels are allowed to accept American visitors as of December 1.

American visitors arriving at Princess Juliana International Airport (PJIA) in possession of a negative polymerase chain reaction (PCR) test taken 120 hours before and bound for a French-side hotel will need to take a second rapid antigen test within two days of checking in to the hotel, but this does not apply to the 72-hour-in-advance test .There is no charge for the antigen test.

Hotels are responsible for reporting the test results three days a week to ARS. The advantage of the rapid antigen test is the quicker wait to receive the result, which will not eat into the vacation time of the guest. Hotels can access the convention to sign at a dedicated email address which will also be used to report results.

For convenience and easy access a testing location has been made available in Hope Estate, and will be operational as of Saturday as the testing facility in Friar’s Bay managed by ARS and the Red Cross was not deemed suitable for the number of persons expected to be tested, therefore its operation has now been moved to Hope Estate.

It was understood that the health protocol to be signed by both respective governments is waiting for the signature from the Dutch side. Préfète Déléguée Sylvie Feucher also indicated there was no change yet to the restriction on Dutch-side charter boats entering French-side waters. Head of Maritime Affairs Michael Wery had previously said in his opinion, it would not be lifted until both governments had signed the protocol.